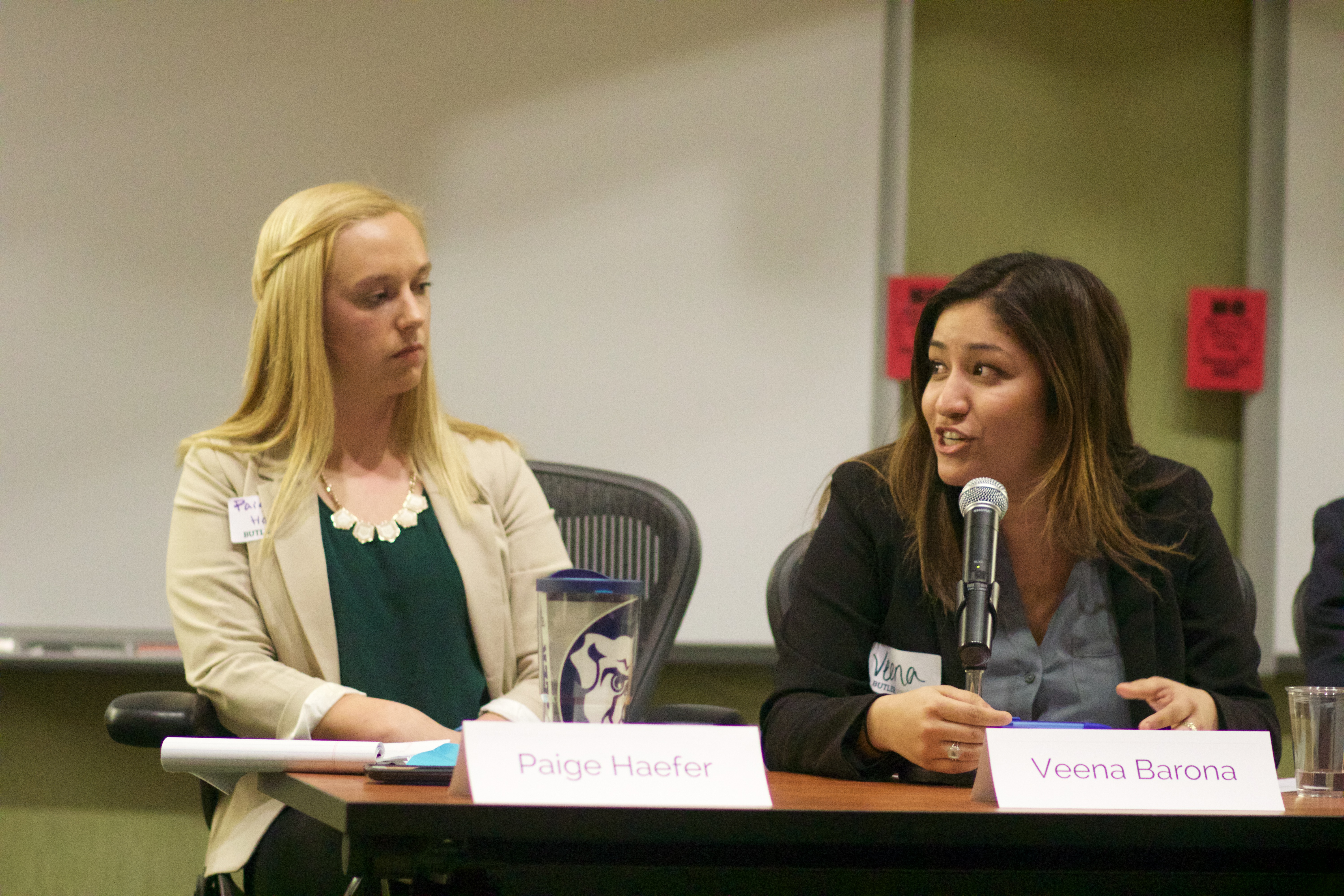 Butler’s Student Government Association elections for president and class officers are coming up soon on Feb. 20.

Applications closed at 5 p.m. on Feb. 10. The two candidates running for president, juniors Nick Huang and Jimmy Lardin, were announced on Feb. 14 on the Butler SGA Twitter account.

The class officers meet and greet and the SGA Presidential debate will both be on Feb. 16, just four days before the election.

Delainey Spragg, a communication sciences and disorders major, is the chair of the election oversight committee.

Her job is to field questions from candidates, get ready for the debates and make sure the platforms are published. She also looks over finances and approves budget and campaign plans.

“The meet and greet allows the Butler students to meet the class officials and potential presidents that are running,” Spragg said. “It’s a good way to put faces with names and to know what each candidate’s campaign plan and platform is.”

The applicants started campaigning yesterday at 8 a.m., any time before would have resulted in being disqualified from the elections.

There are no qualifications in order to run besides applicants needing to maintain a 2.5 GPA and be a full time student at Butler. Previous experience in SGA is not mandatory.

Students who currently hold SGA president and class officer positions must reapply to be considered in the new elections.

Voting happens electronically for the student body. In order to win, there must be 50 percent of the entire student vote plus one. If there is a tie, a runoff might be necessary.

In a runoff, the two applicants will be notified and they will have a week to campaign more. Then, the final election between the two will take place to determine the winner.

The current SGA President Paige Haefer has a lot of responsibilities she deals with in her position.

“I get to serve as face of student body, unify all the different boards to collaborate on programing, discuss with administration, respond to student concerns and have collaborative roles between faculty and students,” Haefer said.

Prior to being president, Haefer was involved for two years in the student initiatives board, and then as vice president of the same board.

Class officers serve as leaders and work to bring their class together, as each class council has a budget that they can spend on their designated class. Haefer said examples include senior wine tasting and going to the movies.

Haefer said she was emotional once she found out she had won the position of SGA President last year.

“It was the best feeling in the world, very humbling because I was up against a very competitive campaign last year,” Haefer said. “I was kind of shocked and also kind of scared because I had to step up and fill this super important role.”

Haefer explains what she hopes the next SGA president and class officers will strive for in the following semester.

“I really hope they focus a lot on diversity and inclusion beyond and in campus,” Haefer said.

“I hope the next SGA President works just as well with the student body as our current one does and brings faculty, administration and students together,” Meidinger said. “I would also love to see maybe more activities downtown or outside of campus.”

The voting period for students on all SGA positions ends on Feb. 20 at 8 p.m.