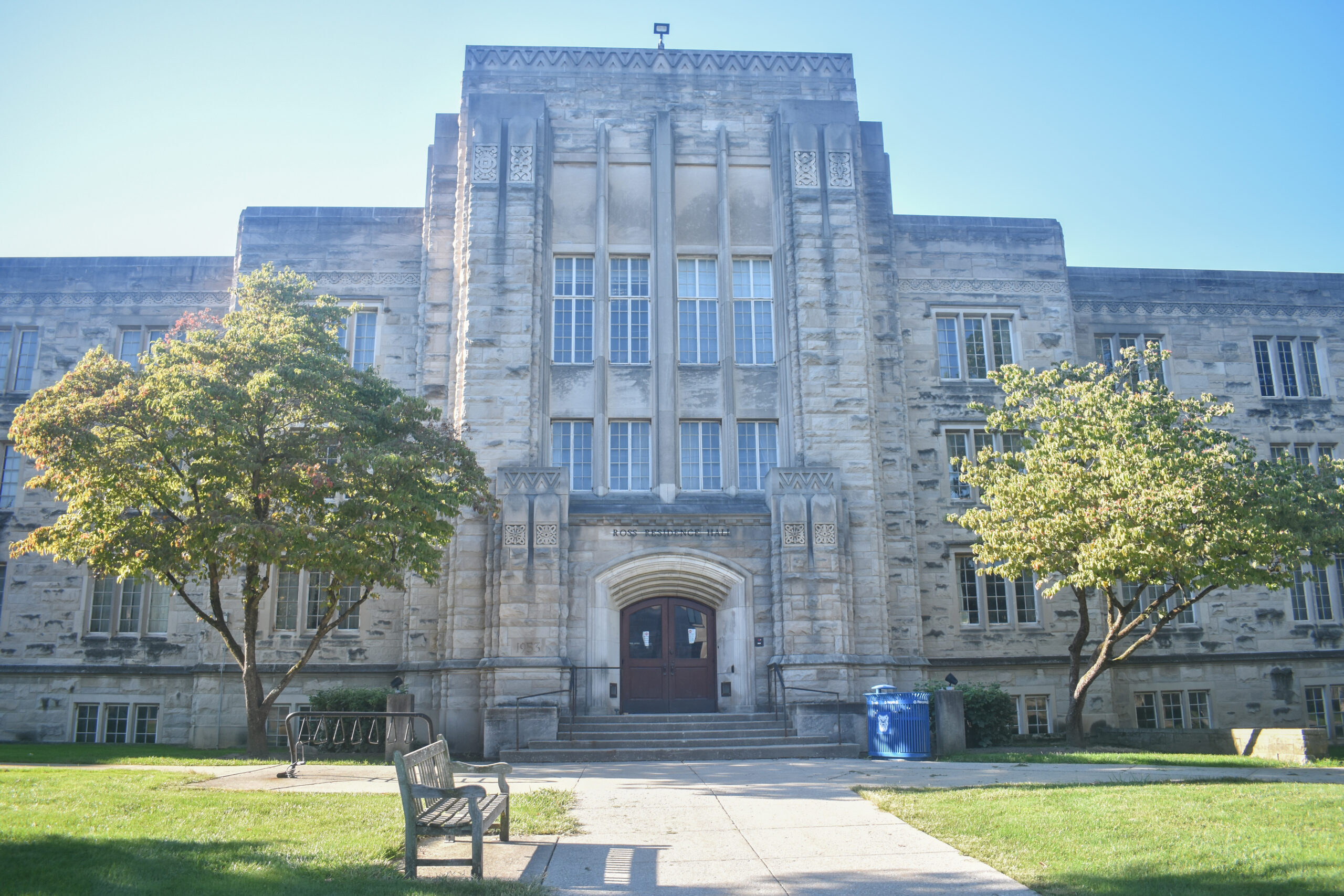 While it is no longer a full-time residence hall, the future of Ross is unclear. Photo by Lauren Jindrich.

Ross Hall first opened its doors in October 1954. Ross Hall operated as a residence hall for the next 66 years, becoming a landmark on Butler’s campus. For the last two years, it has served as a quarantine and isolation building instead of a residence hall. In accordance with Butler’s updated health protocols, students that live on campus who contract COVID-19 and are not able to go home are sent to Ross Hall for five days after testing positive.

Aside from serving as a temporary residence for students with COVID-19, Ross has not been lived in since the current senior class was in its first year. This raises the question of what the long-term plan is for Ross Hall. Rumors of demolition and repurposing have spread throughout the campus.

Brent Rockwood, vice president, chief of staff, said the university has not officially made a decision on what to do with the residence hall, but has indicated there are a number of options, including a possible demolition.

“That has not been decided by any means,” Rockwood said. “But [demolition] is an option on the table that we’re considering.”

While demolition is a possibility, Butler has also been developing other ways to preserve the future of Ross through the Gateway project. The Gateway project collects input from Butler alumni, students, Butler’s real estate club, faculty and staff’s about future projects on campus, including Ross hall.

“Right now we’re evaluating whether or not to [retrofit Ross into] a boutique hotel on campus,” Rockwood said. “We would have that as an amenity to support on-campus activities, stays with families, basketball games and other art events.”

Gentry Horsley, a senior secondary education major with a focus in social studies, lived in Ross Hall his first year but could envision a new building in its place.

“If they want to use [Ross Hall] because it’s a pretty prime spot on campus, they need to just tear it down,” Horsley said. “I think turning it into a dining hall or resource office would be a nice improvement.”

Horsley said that he received an email from his RA days before move-in his first year telling all first-years to pack a can of Raid, an ant and roach extermination spray, as an essential item for living in the residence building. However, he said that his social time in Ross was incredible despite the living conditions.

“I actually really liked living in Ross because I felt it was a lot more unique than the other dorms, especially for first years,” Horsley said. “I also felt like I got to know people a lot better than I would have if I lived in Irvington or Resco for example.”

Throughout its time, Ross has impacted students in a variety of ways. Annekah Connolly, senior international business and marketing major, also spent her first year living in Ross Hall. Connolly said there was nothing like the feeling of community Ross provided the 90 students that were housed within the first floor.

“I don’t really want it to be demolished because it has sentimental value for a lot of different people, myself included,” Connolly said. “ … It would also break my heart if they would renovate it and make it like Irvington because I feel like you kind of lose that Ross charm.”

After its decade-long history as a first-year dorm, and the numerous memories that live on in students like Horsley and Connolly, the future of Ross Hall remains unclear.