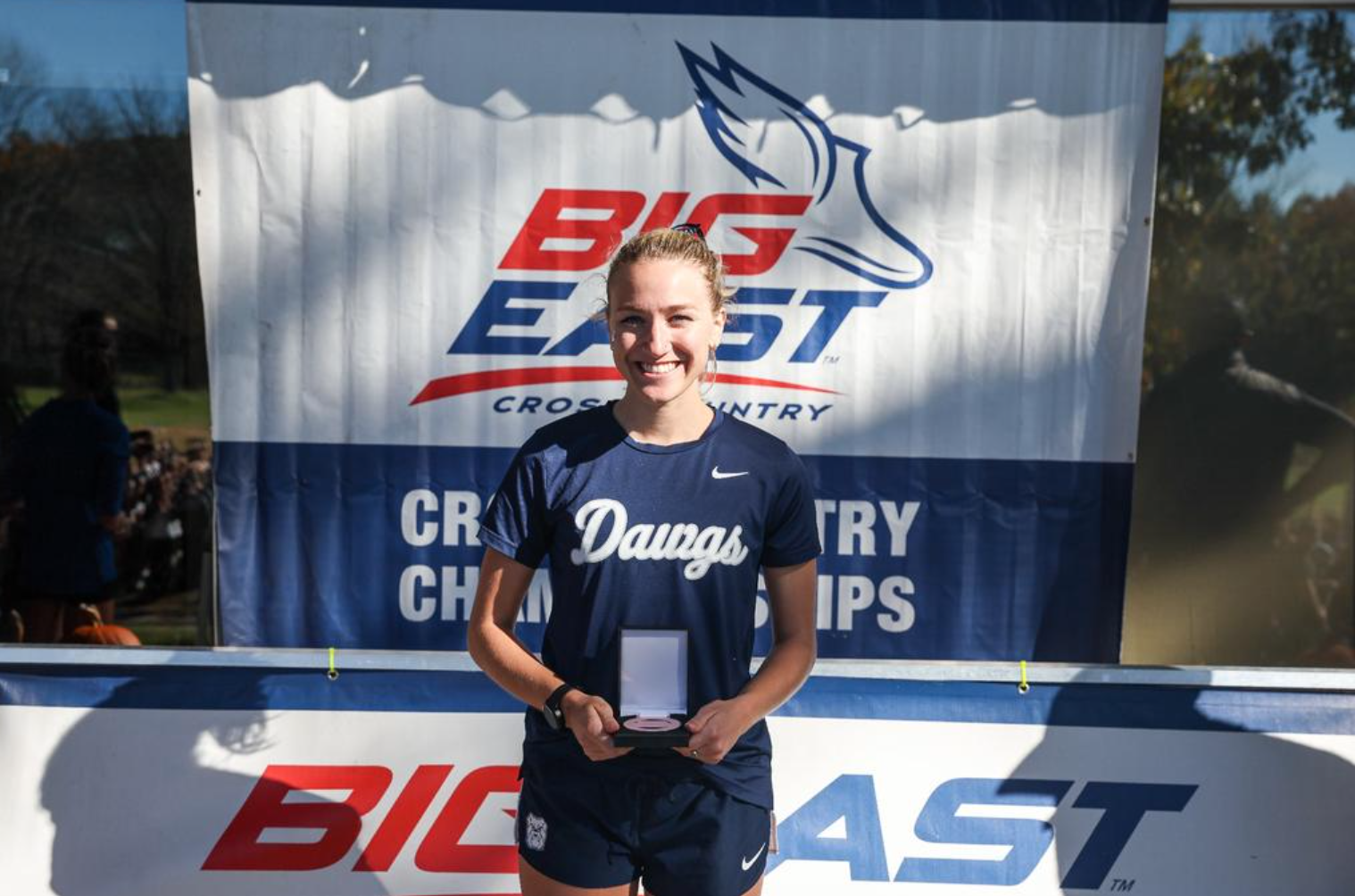 The Butler women’s basketball team started their regular season with an 84-57 win over the Cougars. Junior forward Anna Mortag led the Bulldogs with a game-high 16 points while junior guard Caroline Strande and graduate forward Kelsy Taylor joined her in double figures. Chicago State kept the contest close in the first half at 31-27 but the Bulldogs would use a 28-14 third quarter run to pull away. Butler backed up their offensive efforts with a noteworthy defensive performance, racking up 10 steals and 18 points off turnovers. With this win, Coach Parkinson earned his first regular season win in his debut as Butler’s head coach.

The men’s soccer team fell to the No. 1 seed Hoyas 2-1 in the Big East semifinal match. In the 22nd minute, Georgetown posted the first goal of the match and held a 1-0 lead until redshirt junior DJ Hooks leveled the game with his seventh goal of the season at the 77th-minute mark. In the first overtime period, Georgetown’s Jack Panayotou scored, giving the Hoyas a 2-1 lead and ultimately securing their win.

Butler did not earn an at-large bid into the NCAA Tournament. The Bulldogs wrapped up their season 10-6-3 overall and 4-3-3 in the Big East.

Graduate student Barry Keane and redshirt sophomore Jesse Hamlin led the way for the Bulldogs finishing first and second, respectively, out of 195 runners in the men’s 10k NCAA Great Lakes Regional race. This is the second year in a row for the regionals to see two Butler runners claim the top two finishing positions. Keane bested his second-place finish last year with a time of 29:38.1 to put him on top of the leaderboard. Hamlin finished not far behind with a time of 29:50.9. With their 1-2 finish, both Keane and Hamlin secured their individual spots in the upcoming NCAA Championships.

Butler placed fourth as a team behind three nationally ranked teams including No. 8 Wisconsin, No. 13 Notre Dame and No. 28 Michigan. On Saturday, the Bulldogs received an at-large bid to race as a team in the NCAA Championships hosted by Oklahoma State University on Saturday, Nov. 19.

In a field that included six Top-25 teams, the Bulldogs wrapped up their season with an eighth-place finish in the regional. No. 5 Notre Dame earned the top team spot with three Irish runners placing in the top six.

A last-second field goal put Butler on the wrong side of the Bulldog battle, as they fell to Drake 27-24. Despite an opening drive touchdown, Butler trailed Drake 17-7 at the end of the first quarter. Redshirt junior quarterback Bret Bushka completed 25 passes including three touchdown passes, each to a different receiver. Redshirt freshman Luke Wooten, graduate student Tyler Adams and redshirt senior Johnny O’Shea all made catches in the endzone. Redshirt senior Connor Reid led the team with seven tackles. Redshirt senior Thomas Rousseau and first-year Will Mason both picked up their first interceptions of the season. A solid performance by the Bulldogs leveled the game in the fourth quarter. In the end, an interception gave Drake the field position they needed to put the 22-yard attempt through the uprights for the win. Butler heads into their final regular season game of the season at 7-3 and 5-2 in conference play.

Butler suffered a setback to Villanova in a close five-set match. The Bulldogs got off to a strong start by winning the first two sets — 25-21, 25-22. However, the Wildcats retaliated and collected a major five-set comeback, winning the next three sets by scores of 25-19, 25-17 and 15-13. First-year setter Cora Taylor led the Bulldogs with 41 assists and four aces. Sophomore outside hitter Mariah Grunze paced the team with 15 kills, while both sophomores Amina Shackelford and Destiny Cherry recorded five blocks. With the loss, Butler fell to 14-14 overall and 8-8 in the Big East.

In three straight sets, the Bulldogs defeated the Hoyas — 25-16, 25-21, 25-16. Senior Megan Sheridan, sophomore Amina Shackelford, and sophomore Mariah Grunze each recorded 13 kills. Once again, first-year Cora Taylor led the team in assists with 33, while junior Jaymeson Kinley added 20 digs to the stat book. The Bulldogs will finish up Big East regular season play with home matches versus Providence on Nov. 18 and UConn on Nov. 20.

The Jaguars collected their first win of the season over the Bulldogs 67-61. Butler led IUPUI 42-38 after the third quarter, but the Jaguars went on a run in the fourth to outscore the Bulldogs 29-19 and ultimately earn the win. Junior forward Anna Mortag paced the team with 13 points, while fellow junior Caroline Strande added 12. Despite a strong shooting performance, the Bulldogs totaled 27 turnovers, allowing IUPUI to score 22 points off Butler’s offensive mistakes. The Bulldogs move to 1-1 on the season. The team will travel to Ball State on Nov. 17 to take on the Cardinals.

The men’s basketball team fell to the Nittany Lions 68-62. A slow start from Butler allowed Penn State to take an early lead and keep it until 14:35 left in the second half after the Bulldogs fought back to take a lead of their own, 39-38. With eight minutes left in the game, Penn State went on a 22-4 run. However, they allowed their lead to dwindle down to as low as four, but did just enough to not surrender the win. Graduate student Manny Bates collected his second double-double of the season, leading the team with 16 points, 10 rebounds and three blocks. Bates was joined in double figures by junior Chuck Harris and sophomores Jayden Taylor and Simas Lukosius.

Butler is now 1-1 on the season. The Bulldogs will host Saint Francis on Thursday before traveling to South Carolina on Saturday to play The Citadel.