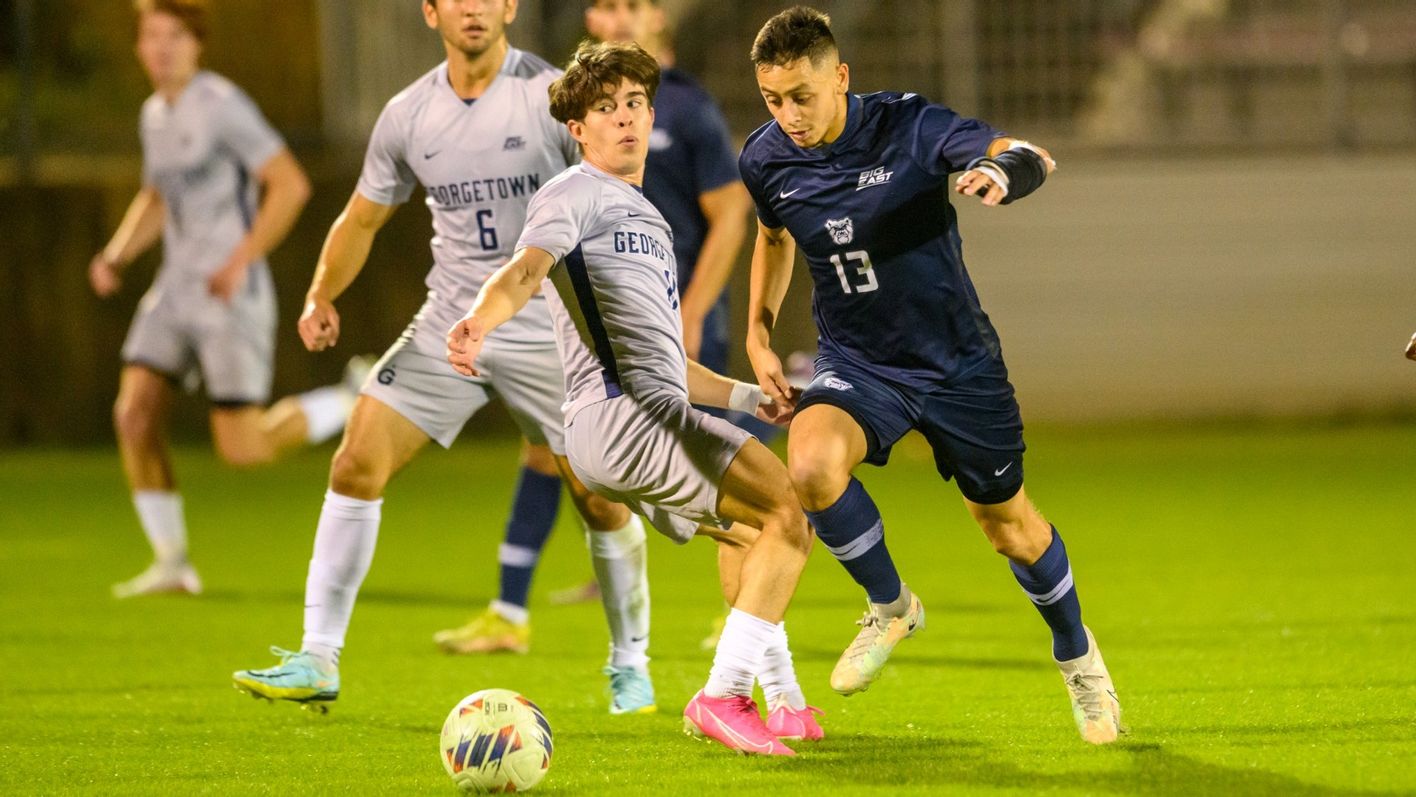 The Butler men’s soccer team was knocked out in the semifinal round of the Big East Tournament on Nov. 10 with a 2-1 loss to Georgetown in double overtime. The Bulldogs fall to 10-6-3 on the season and 4-3-3 in Big East play after the loss to the Hoyas.

Georgetown got the scoring started early on. In the 22nd minute, midfielder Jack Panayotou took a pass from teammate Blaine Mabie and fired a shot past Butler goalkeeper Gabriel Gjergji, giving the Hoyas a 1-0 lead.

The Bulldogs had a prime scoring chance in the 34th minute when a Hemi Nasser shot bounced off the Georgetown’s keepers’ gloves and hit the post before the keeper was able to corral the ball for good.

Following Nasser’s shot, Georgetown defender Maximus Jennings recorded the last shot on goal of the first half in the 38th minute.

In the second half, Butler turned up the aggression, outshooting Georgetown 8-6.

In the 77th minute, Butler redshirt junior defender DJ Hooks dribbled the ball to the right side of the box and fired a shot past the Georgetown keeper into the back of the net tying the match at 1-1.

Georgetown followed with a couple of scoring attempts, but neither were able to amount to anything and the match headed into overtime.

A little over five minutes into the first overtime, Panatoyou took a pass from teammate Marlon Tabora and guided the ball past Gjergji for his second goal of the match. Butler was not able to record a shot in the period.

In the second overtime Butler was again unable to record a shot and Georgetown was able to play keep away and run the time out, sending Georgetown to the Big East Championship game.

Butler was outshot by Georgetown 15-13 and finished with just three shots on goal to Georgetown’s eight. The Bulldogs will wait and see if they earn an at-large bid in the NCAA Tournament when it is revealed on the selection show on Monday, Nov. 14.