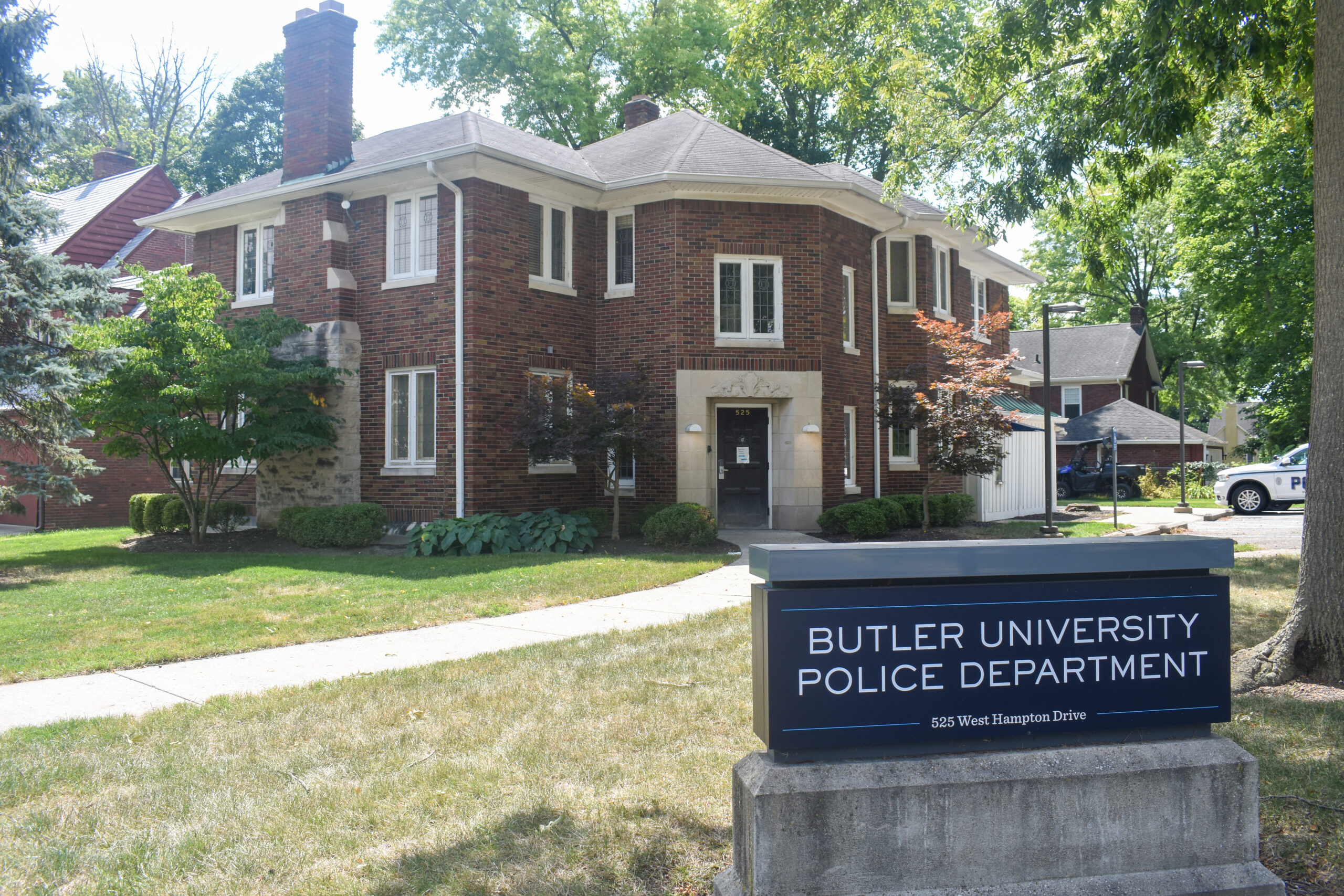 To help ensure the security of students on Butler’s campus, BUPD issued an email on Aug. 20 about updated safety measures for the start of the fall semester. There were tips and information about staying safe while on and off campus.

In the email, the university recommended that students inform friends of their whereabouts, know the locations of Code Blue Poles and watch out for others.

Code Blue Poles are stationed around campus for emergency use and shine blue beams that are visible day and night. The poles have red buttons that are connected to BUPD’s dispatch station, and when pressed,  will immediately alert Butler’s police station where an officer will be dispatched to the location.

Chief of public safety John Conley has been working at the university for the last eight years after serving 40 years in various positions with the Indianapolis Metropolitan Police Department, IMPD.

Conley said the best way for students to contact BUPD is through the Butler app. In the top left corner of the app, students can find a red police button that immediately connects them to BUPD’s emergency number.

First-year accounting major Emma Rothermel began her Butler journey last week after spending her entire life in Illinois. Despite being new to the city, she said that she feels safe at Butler and in Indianapolis as long as she is with a group of people.

“I think [Butler’s campus] feels like a really safe environment,” Rothermel said. “At this point I’ve never felt in any danger.”

If students are planning to travel at night, they should take notice of surroundings and park in well-lit areas. Another tool that can be utilized is the Dawg Ride service which operates seven days per week from 7:00 p.m. to 3:00 a.m. BUPD even invested in a new Dawg Ride van. The white Ram van debuted on Aug. 26.

To request a Dawg Ride, download the TapRide app on a smartphone and log in using your @butler.edu email address and password. Students can select a pick up location, then choose a drop-off location. After submitting the information, students will wait for their vehicle at the designated Dawg Ride pick up location. If the TapRide app is not available and students wish to use the service, they can also call 317-940-2873 to request a ride.

Nash Kaye, a first-year dual program engineering major, said that the three back to back days of meetings, activities and convocations throughout orientation did not address safety. Kaye said that even without the coverage, he still feels prepared for an emergency.

“If my friends or I were in trouble I would know what to do,” Kaye said. “I think it’s mostly common sense.”

Conley is aware that there are always dangers when living in a metropolitan area. With the recent increase in crime throughout Broad Ripple there has been an increase in IMPD officers patrolling the area.

“But be smart when you do [go out],” Conley said. “In other words, go with a friend. Always take care of each other. Don’t leave your friend alone. Don’t you go off alone.”