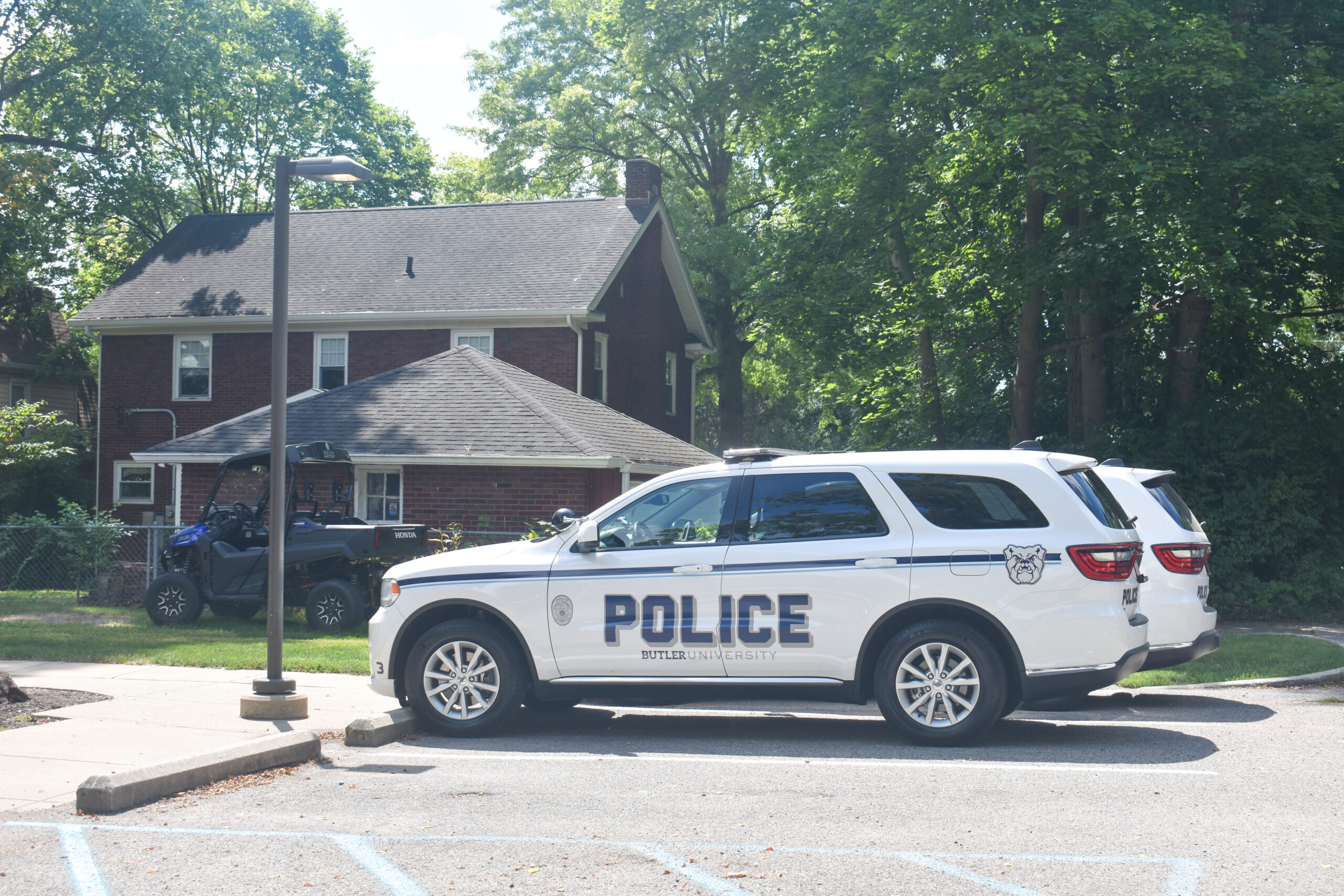 BUPD arrested a suspect on Monday, Aug. 29 in connection to recent bike thefts on campus.

Chief of public safety John Conley said the suspect was found in possession of two stolen bikes from Apartment Village and a cart from the Center for Urban Ecology and Sustainability, CUES, farm.

The first bike recovered at the suspect’s residence near Keystone Avenue was reported stolen on Friday, Aug. 26. The second bike and the CUES cart were discovered to be missing on Monday morning. BUPD security cameras showed the suspect on campus around 3:00 a.m. Monday morning.

Detective sergeant Jeffrey Wager had been watching the suspect’s residence prior to the arrest due to ongoing anonymous tips he received about the suspect possibly stealing from campus.

Wager revisited the residence around 1:30 p.m. on Monday after the reported bike theft that morning. While at the residence, the suspect’s landlord arrived on scene and gave Wager permission to search the area. Wager first saw a cart at the house, which prompted him to bring the CUES director to the residence who confirmed it was from the farm. Wager also found the bike that was reported stolen on Friday during his search of the residence.

While still at the house, the suspect rolled up on the second bike that was reported stolen earlier that day.

The suspect was brought to BUPD and interviewed by Wager after the stolen property was recovered. The suspect admitted to the crimes and has since been held at Marion County Jail. Conley said he believes the suspect was arraigned Tuesday afternoon, which would be when the suspect would be told the formal charges being brought against him.

Logan Eldridge, a junior creative media and entertainment major, had his bike stolen by the suspect between Sunday night and Monday morning. BUPD was able to recover the stolen bike.

“I was thrilled and honestly a little shocked that they managed to get it back that fast, because I was honestly thinking I was never gonna see it again,” Eldridge said.

Conley said that while no case is easy, BUPD got lucky that both of the stolen bikes were registered with the university. The free process registers the serial numbers of students’ bikes into the National Crime Information Center to prevent sales of stolen property, and it also labels bikes with a bicycle parking permit sticker. The fact that these two bikes were registered through the university made it easy to confirm that they came from Butler and who their owners were.

Meet Patel, a senior health sciences and Spanish double major, also recently had his bike stolen from AV. Unlike Eldridge and the other student who had their bikes recovered, Patel’s bike was not registered through BUPD and is therefore nearly impossible to track.

“I would just like to make sure that people know to get their bikes registered because you know, I learned the hard way,” Patel said. “ … Go get it registered. It’s literally free.”

In addition to the registration process, Conley and BUPD community relations officer Matthew Grimes also encourage students to use U Locks to secure their bikes to racks since the locks are almost impossible to cut compared to traditional chain locks.

“Two things we’ve always been big advocates of is using the U locks,” Conley said. “I can’t remember ever seeing a bicycle stolen that actually had a U lock on it that was locked. Also, register your bikes. That comes with a Butler branded sticker with a serial number on it … and you might think, well, what good is that? What if some guy steals it, sees it and rips it off, right? Well, the good part about that is if it’s still on there [like they were in this case] it’s easy to identify, but if it’s gone, we have a record of your serial number.”