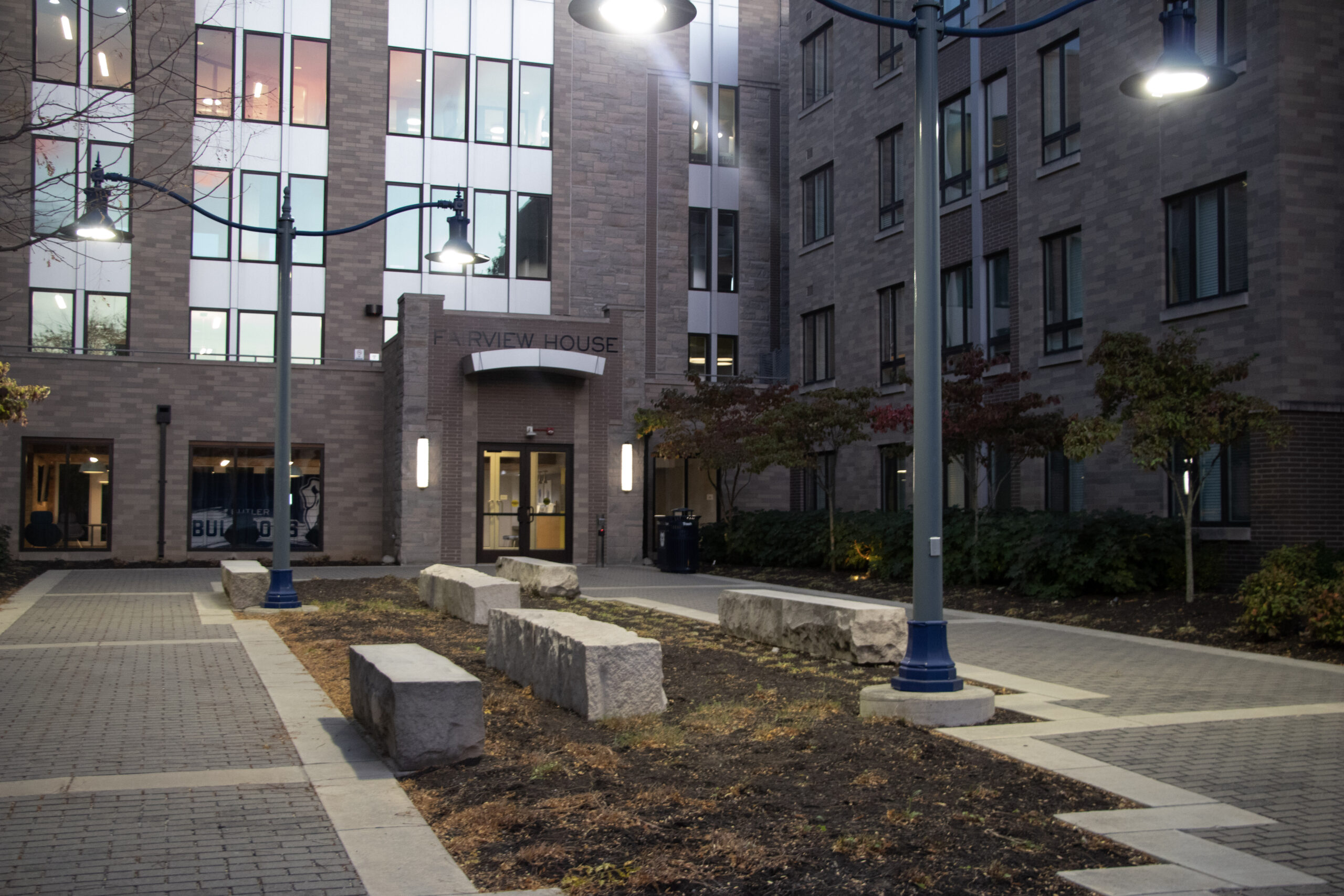 For almost a month, items have been turning up missing or broken in Fairview House. Residence Life informed residents of Fairview House about the significant property damages and loss in an email sent on Oct. 17. Door signs and elevator permits were among the stolen property, while the lights in the fire pit and a TV in the gaming room were broken.

David Richards, community director at Fairview House, said items began to go missing towards the end of September, starting with missing elevator permits. Additionally, the missing door signs and the broken property happened the week leading up to fall break.

“The TV … has an area where it appears to have been hit by something,” Richards said. “It’s shattered and cracked in the left corner … the rest of the left side is glitching out like the LED lights behind it don’t work.”

Richards also said that the lights in the fire pit area were found on the ground. Because the bulbs of the lights are glass, they shattered all over the pavement.

Hadley Pitre, a sophomore early childhood education major, said she is confused about why people would cause damage to the shared spaces in Fairview.

“I don’t see a point behind intentional damage of items or stealing anything,” Pitre said. “It causes more people to be responsible for [the actions] of one person or a few people.”

The items that were broken and damaged must now be replaced. Additionally, the building can also be fined for not meeting specific standards, for example, displaying elevator permits.

“The elevator permits, in particular, we can get fined for that,” Richards said. “We have to provide permits in order to use the elevators, and we need that ADA [Americans with Disabilities Act] access. So, if we lose the ability to have elevators, we lose that ability to help out people who need that.”

Fairview House is overseen by American Campus Communities, ACC, an organization that helps create environments and gives resources to help students. The Butler and ACC partnership began with the development of Fairview House, which cost $39.6 million to develop.

According to Fairview’s housing policy, students are responsible for any damages that occur in their own living spaces, which also include shared spaces.

“When we can’t find individual responsibility, especially when it comes to the common space type of things, the charges for that [damage] get divided among the students in the space,” Richards said.

Residents had a chance to tell Richards that someone else had the door signs, meaning they were taken by someone else. It was after Richards received responses from these students that the full email went out to all residents.

Richards said BUPD is only used in these situations when possible camera footage needs to be received. BUPD was asked for footage in and around Fairview in the areas where items were stolen or broken.

“I think the damages come from the carelessness of students,” Gray said. “[We] view the space as only a temporary living situation, and if an aspect is ruined, it won’t affect [current residents] in the long run because we only live here for one year.”

The email sent out said the shared spaces, including the fire pit and game room, are amenities and a privilege to all residents. The email also emphasized that a lack of respect for these spaces will result in a loss of the amenities.

“We are a community,” Richards said. “Being able to hold each other accountable for things, and realizing that what you do affects more than just you.”