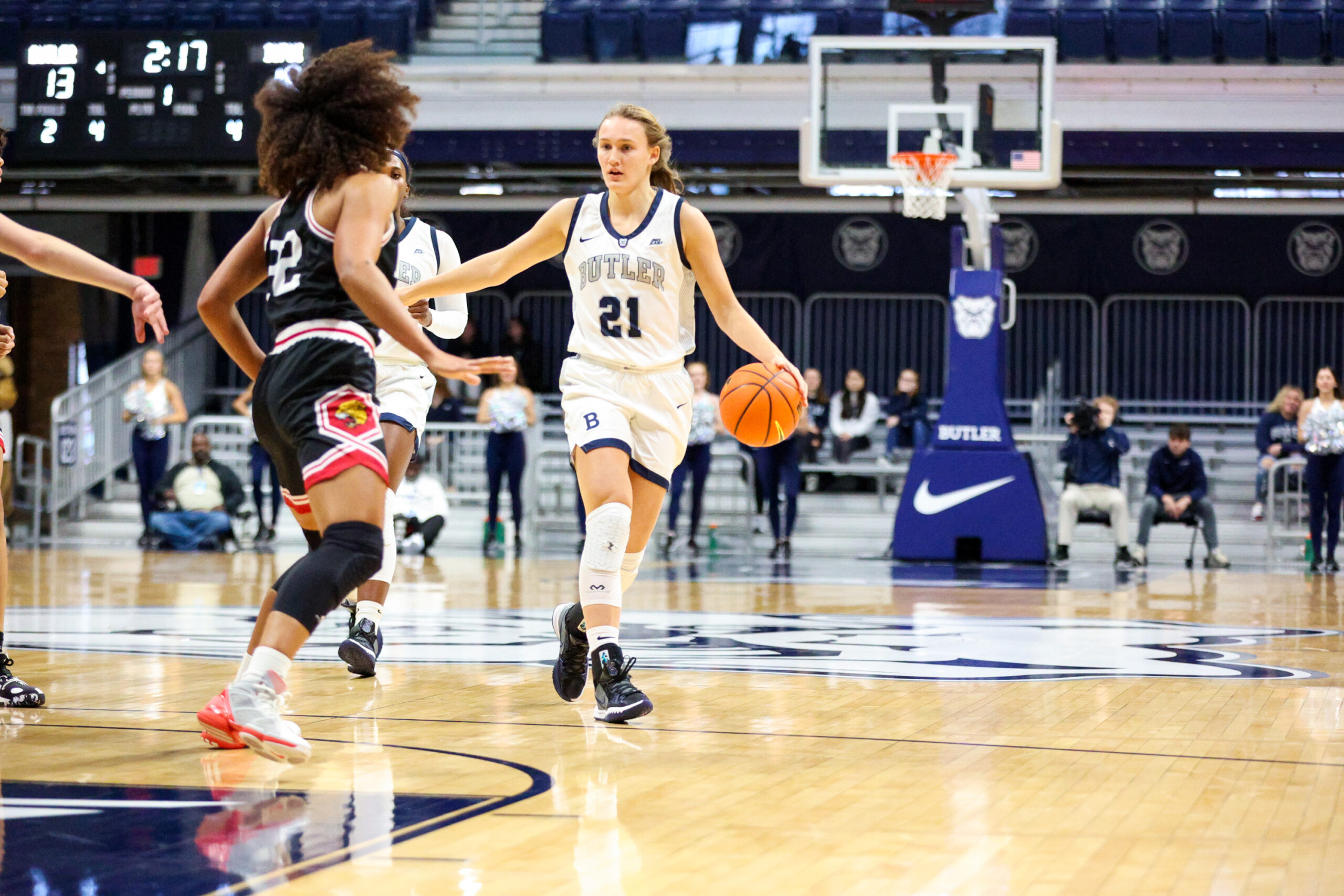 The women’s basketball team dropped their first game of the season against IUPUI Sunday afternoon, 67-61. Head coach Austin Parkinson, assistant coaches Latrell Fleming and Holly Hoopingarner, graduate transfer student Rachel McLimore and junior transfer Anna Mortag all faced their former team. With the loss, Butler has now dropped two of the last three games versus IUPUI. Let’s go beyond the box score of the Bulldog’s loss to the Jaguars.

In the Bulldogs’ 61-point effort, the team scored 38 of them in the paint. When Butler drove to the basket aggressively, the Dawgs found success. Eight Bulldogs were able to connect down low with graduate student Kelsy Taylor scoring 10 of her 11 points in the paint.

Butler outperformed IUPUI 38-26 in the paint which helped propel the Butler offense.

The Bulldogs’ usage of the paint will be a key asset to their offensive recipe as the team is connecting more on inside-the-arc shots. The team shot 55.8% on two-pointers compared to 42.9% on three-pointers.

Keeping control of the ball

Although all the Butler guards have proven their ball handling skills, those skills seemed to be distant as the team recorded 27 turnovers — most of which came from travels.

In a postgame interview, Parkinson expressed the impact the team’s turnovers played in the loss.

“You know we didn’t play on balance,” Parkinson said. “It’s going to be tough to win games when the other team shoots way more shots than you do. It’s our own fault because we’re either traveling or throwing the ball away, but at the same time you have to give credit to the opponent.”

A positive sign for the Bulldogs tonight was their three-point shooting. They shot 42.9% which was a jump from the 29.4% in their first game. Caroline Strande and Mortag led the team with a combined 4-6 from long distance.

Although Butler’s three-point percentage was higher than IUPUI’s, the Jaguars had 19 more field goal attempts as a result of all the turnovers. If Butler can limit their turnovers, they will put themselves in a greater position to close out late close games.

The Bulldogs will travel to Ball State for their first road game of the season on Nov. 17, looking to bounce back from this loss.