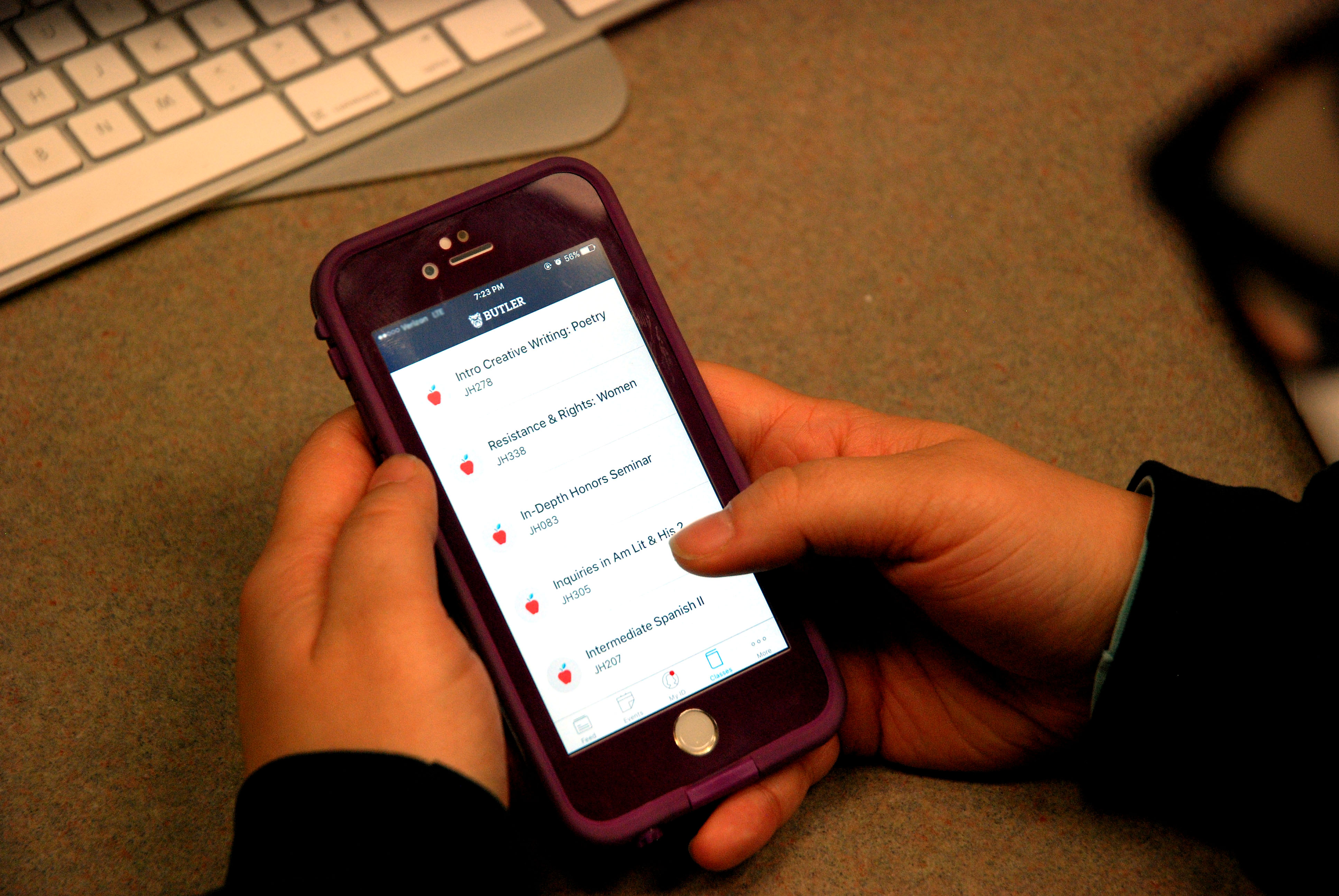 Butler University partnered with ClearScholar Inc., a startup company that makes software for universities, to create a new and improved application for students. The application includes student ID, student schedules, campus news and maps, account balances and other additional services.

The Butler App project has grown since The Innovation Fund gave the Student Government Association $25,000 towards a new app in September of 2014. The project expanded and was adopted last summer by ClearScholar.

ClearScholar’s Chloe Morrical, Director of Content Strategy, helped to start the app in June of 2016. They released the app to 100 students, known as the “Founding 100”, at the start of last semester. Students gave feedback and advice for design changes and features.

“Overall their reaction was definitely positive,” Morrical said. “The students were really excited to have something that was so student-centric and really built for them.”

The application’s first round went as expected, with some technical bugs and design issues. ClearScholar released the app. to two more groups of students. Five-hundred students and then 1,000 were testing the app. by the end of the semester.

Sophomore Abraham Diop was one of the “Founding 100 students.” The app. experienced large changes since the first version. It crashed often and some features would malfunction, he explained.

He used the app on campus and met with ClearScholar representatives two times for checkups during the semester. Most features, such as the bottom four tabs of the app (Feed, Events, My ID and Classes), were kept, but the overall design was updated.

“It looks a lot different,” Diop said. “It looks cleaner and more professional.”

The student ID feature and links to Google or MyButler were student ideas that ClearScholar implemented. Students can scan their student ID off of the app at Starbucks, the Health and Recreation Complex, C-Club, Irwin library, Fairview House and at Butler Cultural Requirement events.

“The Founding 100 gave us so many great ideas, whether they were little design tweaks or new features that would be really helpful for students,” Morrical said.

ClearScholar will update the app in the future to add new features, such as safety and emergency tools, within the next three to six months.

Under the “My ID” section, students can click on the gear tool and choose. Under “Report a Problem,” students can leave comments or report issues with the app. Students can also recommend future changes or additional features.

ClearScholar and Morrical promoted the app around campus last week. Students were excited to open the app for the first time, Morrical said.

Sixty percent of students have downloaded the app and 18 percent said they did not know there was one, according to a Twitter poll of 63 people last Friday.

“I was very lucky to see the impact we’re making,” she said. “I wish our team could see those expressions and faces.”

The Butler App is available for free on the App Store and Google Play.