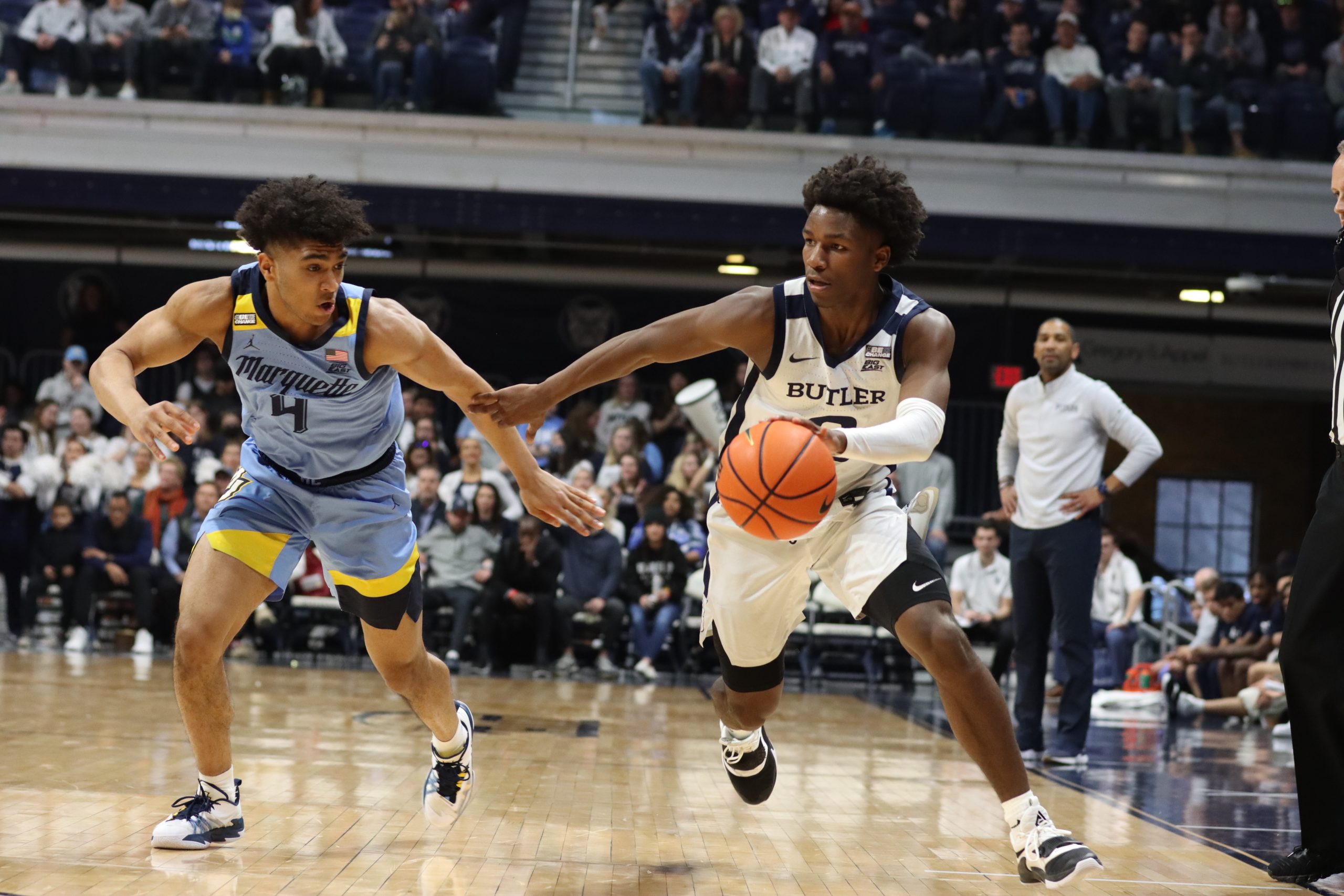 The Hoosiers dominated Butler women’s tennis team in a 6-1 fashion. The Bulldogs picked up their point from Norah Balthazor win at No. 4 singles.

The women’s basketball team went the distance with St. John’s but the Red Storm pulled away in the fourth quarter — losing 61-73. Butler’s Celena Taborn had a double-double with 13 points and 10 rebounds. The Red Storm’s Leilani Correa led all players with 21 points.

Softball leaves the DePaul Dome Tournament with a 4-2 record

The women’s basketball team played well, but a poor fourth quarter allowed Providence to pull away and win, 64-53. Celena Taborn led the Bulldogs in scoring again with 24 points. Providence’s Kylee Sheppard hit back-to-back 3-pointers late in the fourth to seal the win for the Friars.

Butler’s women’s lacrosse team won 11-10 against Kent State to earn their first win of the season. Kaley Attaway had an impressive game, scoring four goals and added an assist. Kent State made it a close game by winning the fourth quarter 3-2, but Butler had just enough of a cushion to secure the win.

Butler’s men’s basketball team got a much needed win against then-No. 18 ranked Marquette. Butler made 13 3-pointers and shot 46% from beyond the arc in an impressive offensive performance. Bryce Golden had a career high 22 points while Bo Hodges had a double double with 11 points and 11 rebounds. Butler was also impressive on the boards recording 11 offensive rebounds. Marquette outscored Butler in the second half 52-43 but a late three by Golden helped the Bulldogs earn their first win against a ranked opponent this season.

Simon Bedard’s time of 7:51.52 in the 3000m was a personal best and almost broke the program record held by Erik Peterson’s 7:51.21 mark. Barry Keane also broke his personal record in the same distance with a time of 7:59.11. The two athletes finished 12th and 28th, respectively.

Butler men’s golf team finished 13th out of a field of 21 teams at the Advance Golf Partners Collegiate, hosted by UNC Greensboro. Butler’s Raymond Sullivan shot a 220 with rounds of 74, 73, 73 to place top 20.

Women’s basketball gets blown out against Creighton

The women’s golf team finished in 14th at the Sea Best Intercollegiate in Jacksonville, Florida. The competition was an abbreviated 54 hole tournament. Butler’s top golfer was Madalin Small who finished with a 234 (+18) including a second round 75 (+3).

Men’s basketball clutches out in final seconds against DePaul

The Butler men’s basketball team was victorious over DePaul, 73-71, in a nail biting finish in Chicago. Freshman guard Simas Lukosius stole the show with 19 points, four rebounds, and a final second three-pointer to give the Dawgs the lead.