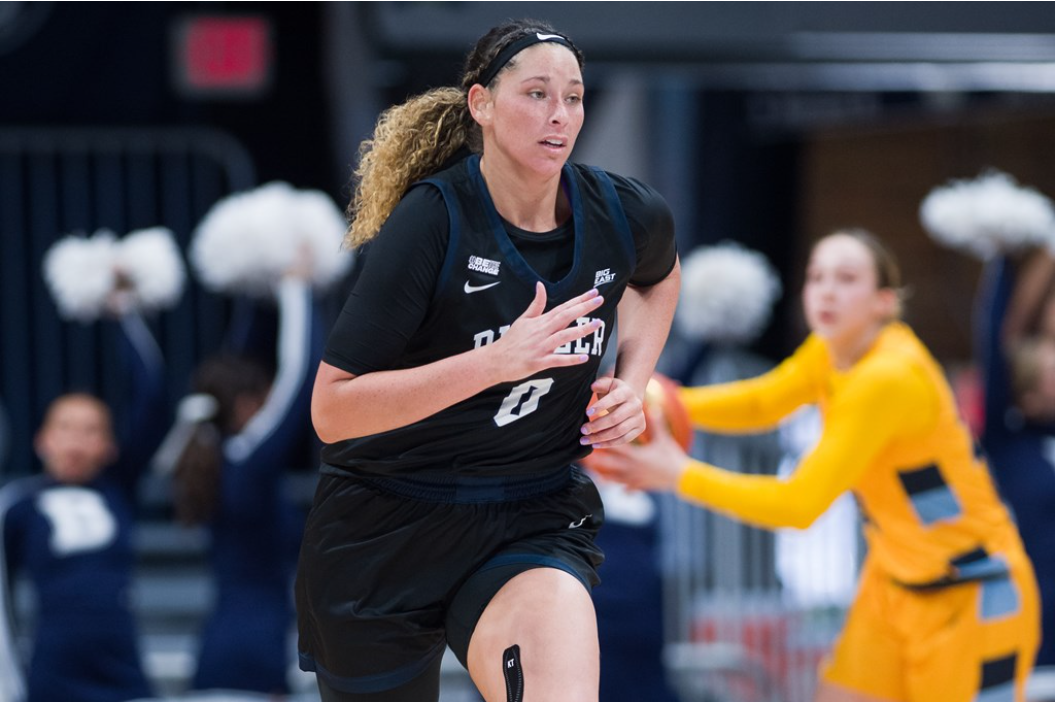 Graduate student Celena Taborn makes her way up the court in a game against Marquette on Jan. 23. Photo courtesy of Butler Athletics.

Butler’s women’s basketball team shows signs of great improvement but comes up short for the second game in a row — losing to St. John’s 73-61. Butler played one of their most complete games in the Wednesday night affair with the Red Storm.

Offensively, the Bulldogs were very impressive in the first half. Celena Taborn was a big presence in the frontcourt, even drawing double teams at times. Taborn had eight points and eight rebounds in the first half and finished with a double-double—13 points and 10 rebounds. Off the bench, Trinity White played big minutes, adding 10 points and leading the team in assists with two. Outside of Taborn and White the Bulldogs offense did it by committee with Emilia Sexton, Zoe Jackson, Alex Richard, Sydney Jaynes, and Kendall Wingler all producing at least five points.

The Red Storm was led by Leilani Correa who logged 21 points, eight rebounds, and five assists. Rayven Peeples had a double-double of her own with 16 points and 10 rebounds.

St. John’s hot shooting in the first quarter earned them the halftime lead. The Red Storm shot 56% from three and ended the first quarter up 23-15. Contrastly, St. John’s went cold in the second period shooting only 29%, leaving the door open for Butler to come back and bring it within one at half.

Butler’s offense in the second half wasn’t quite up to par and ultimately ended Butler’s chances of closing out a winnable game. Taborn wasn’t able to get going and was held scoreless in the third quarter. As a team, Butler found it hard to break down St. John’s defense and didn’t get the open looks they did in the first half.

Turnovers and rebounds were keys to Butler’s playing well throughout the game. The Bulldogs only committed 13 turnovers — which for a team that averages 20 is a big step in the right direction. Butler valued the ball and made St. John’s guard them. The rebounding battle once again went in favor of Butler — 40 to 31. For a Butler team who has struggled to find any consistency, rebounding has often been a bright spot.

In a season that has featured many blowout losses for the Bulldogs, these last two games have shown great development among the young roster. Butler has competed toe to toe with Seton Hall and St. John’s but failed to close out in the fourth quarter. In time, this young Bulldogs team will most definitely learn how to turn the close games into wins.

Butler will look to continue their solid play when they travel to Providence, Rhode Island for a Friday 7 p.m. tip with the Friars.