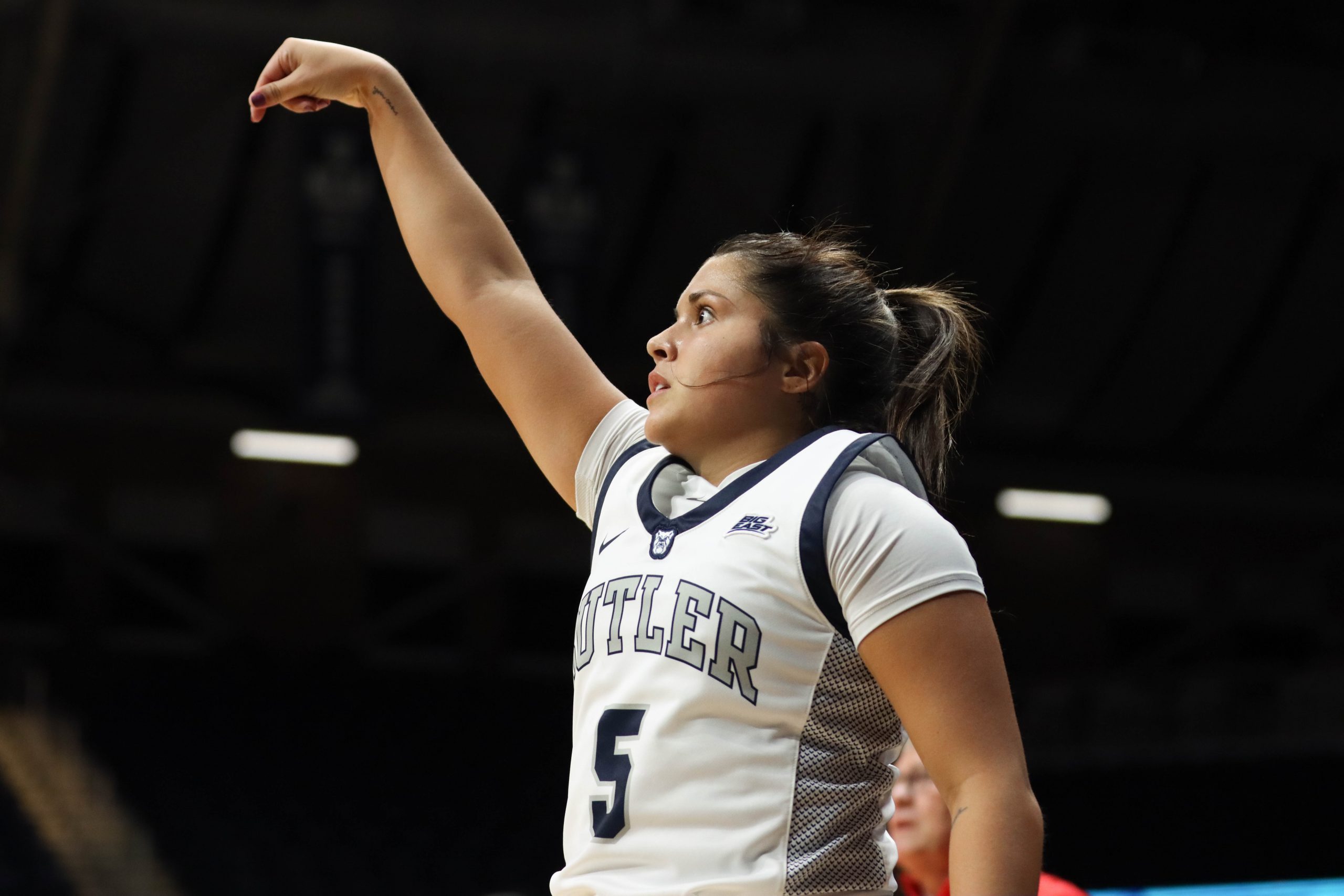 Senior guard Emilia Sexton follows through on a shot against UConn on Jan. 12 at Hinkle Fieldhouse. The team still remains winless in Big East play. Photo by Francie Wilson.

The Butler women’s basketball team was routed by Creighton 96-49 Sunday in Omaha. Creighton dominated the game, never trailing during the contest.

As a team, Butler really struggled from the field, shooting 32% from the field and just 26% from the three point line. Wingler and Sexton were the only two players for Butler to make a 3-point field goal, and outside of those two, the team shot 0-10 from three.

Butler had seven different players score throughout the contest, including 21 total points off the bench.

However, the main storyline from the game was Creighton’s phenomenal 3-point shooting. Creighton made 22 3-pointers on 49 attempts throughout the game, which accounted for more than two-thirds of the Blue Jays’ total scoring.

Lauren Jensen led the way for Creighton in both scoring and 3-point field goals, with 23 points while shooting 7-12 from 3-pointers. Morgan Maly added six 3-pointers for Creighton, shooting 6-8 from 3s and adding 18 points to the stat sheet.

In total, Creighton had seven different players hit a 3-pointer during the contest, the same number of Butler players that scored throughout the game.

Overall, Creighton shot an impressive 50% from the field, and a perfect 8-8 from the free throw line. Every player who entered the game for the Blue Jays scored, and the team only had four turnovers throughout the contest.

Creighton controlled just about every other aspect of this game, out rebounding Butler 37-30, outscoring Butler 21-7 in second chance points, and also grabbing eight total steals compared to Butler’s zero.

The only stat category in this game that was remotely competitive was points in the paint, which saw Creighton only outscore Butler 22-18. This was largely due to the fact that 49 of Creighton’s 66 field goal attempts came from beyond the 3-point line.

Butler’s next game is Feb. 16 when the Dawgs take on Providence at 7 p.m. in Hinkle.