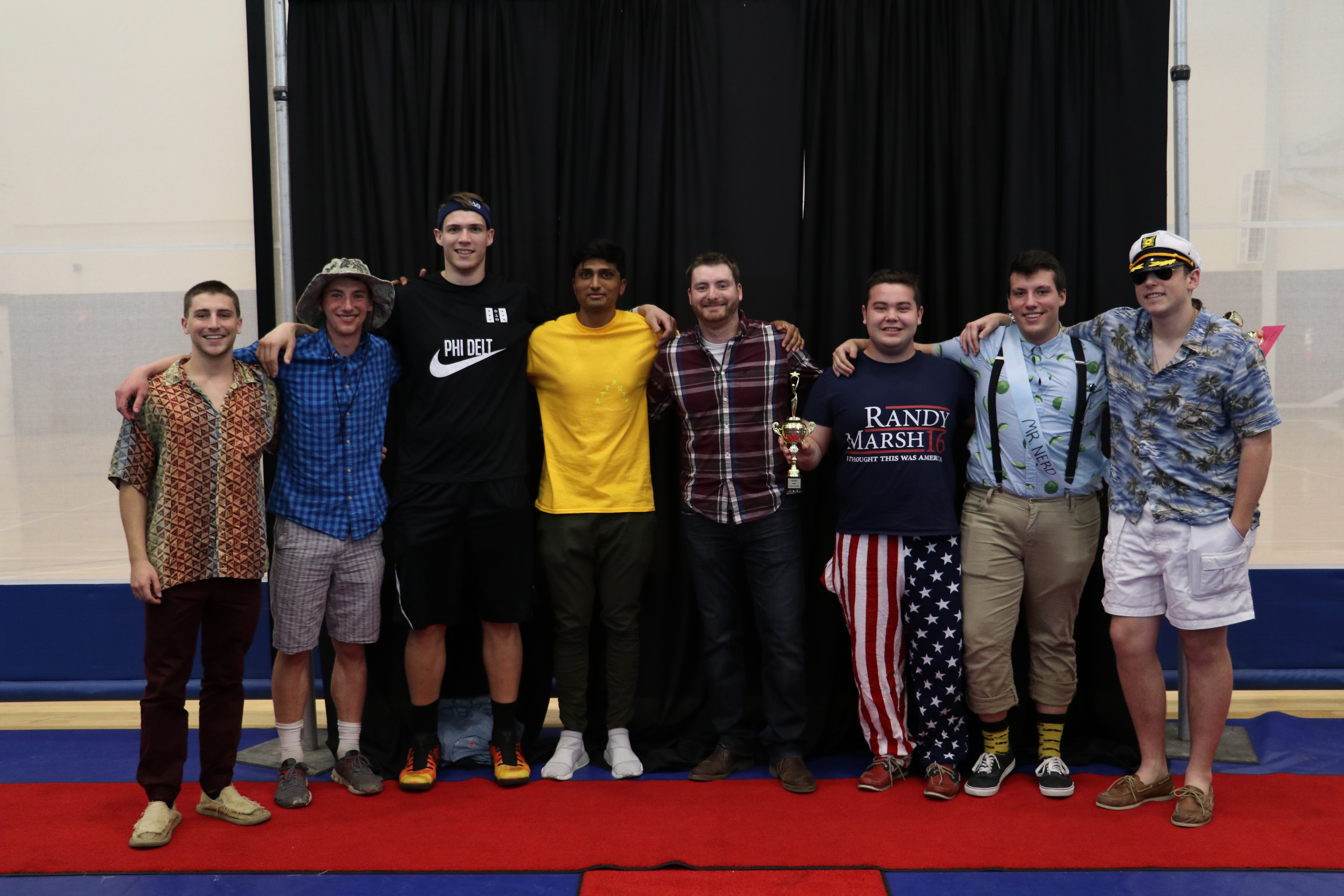 The Fashion Club at Butler University hosted their first charity fashion show on Sunday that featured fraternity members and athletes. It was held at the Health and Recreation Center.

FABU, which stands for FashionAtBU, organized the show to raise money for Coburn Place, a local women’s shelter that provides supportive services and housing options for victims of domestic violence.

FABU’s fashion show featured many of Butler’s fraternity members and athletes. The participants dressed up according to one of eight themes: sports, country, beach, ‘80s, nerd, safari, USA and “Yeezy,” a Kanye West theme.

Participants’ outfits ranged from simple plaid shirts for the country theme to Speedos worn over shorts for the beach theme to suspenders and glasses for the nerd theme. The audience flooded with laughter as the fraternity members and athletes strutted the runway and struck comical poses.

Three judges rated the contestants out of thirty points, considering their overall outfit, personality and runway walk. In the end, the winning team was Phi Delta Theta.

Savannah Kleiner, FABU president and senior marketing major, said that they chose to donate to the Coburn Place because it is a cause that means a lot to them.

“It’s really near and dear to all our hearts,” Kleiner said. “We’ve been there before. They’re all really passionate, and it’s an important cause.”

Bri Borri, FABU vice president of media and sophomore psychology major, said they wanted to do a men’s fashion show specifically because they thought it would be funnier and more laid back than a fashion show featuring women.

“It also makes a more powerful statement when you see the guys on campus supporting a cause for women,” Kleiner said.

The fraternity members and athletes participating in the event said they also really enjoyed it. Participant Nick Ortolano, a member of Sigma Chi, said the best word to describe the show would be exciting. Ortolano said it was a lot of fun to participate and help out the cause.

Collin Mockbee, another model in the show for the Sigma Chi team, said he enjoyed being a part of the event.

“It was cool to be a part of the first [fashion show] because they’re going to continue it annually, but we got to be in it first,” Mockbee said.

Kleiner confirmed that after the success of the first event, FABU plans to make the fashion show annual.

“It’s been a really fun group effort, and we’re definitely going to try to do it next year and raise more money,” she said.

FABU ended up raising about $1000 dollars for the Coburn place, and also collected several boxes of donated food and toiletries for the shelter.