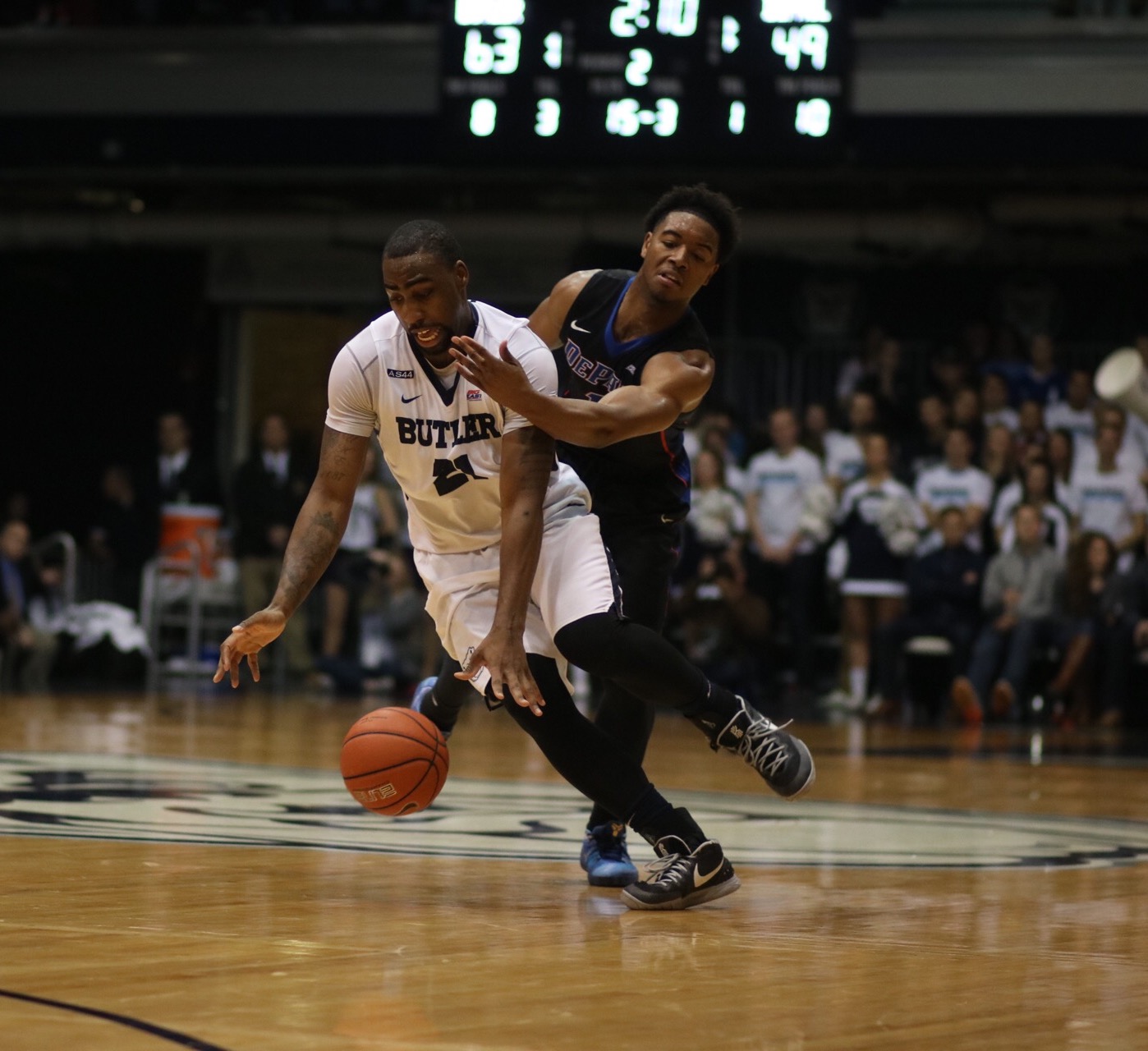 The Butler men’s basketball team defeated DePaul University on Jan. 27 at Hinkle Fieldhouse with a score of 67-53. The win helps Butler improve to 14-6 overall and 3-5 in Big East conference play. DePaul falls to 7-13 on the season and 1-7 in conference play.

The @ButlerMBB 1-2 punch of Roosevelt Jones & Kellen Dunham had it going last night in a #BIGEASThoops victory https://t.co/9GYWasDNXJ

After four 3-pointers, one from Jordan Gathers and three from Kellen Dunham, in a four-minute span of the first half, the Bulldogs turned a 17-16 deficit into a 28-19 lead. Butler would have the 33-23 advantage going into the halftime break.

DePaul came out of the break with the first five points, but two 3-pointers from Andrew Chrabascz helped Butler go on their own 10-0 run. Butler shot 86 percent from the free throw line for the game, making 20 of 23 in the second half and crushing a few DePaul run attempts to seal the victory.

“I’m really proud of our guys tonight and of this effort,” said head coach Chris Holtmann. “They had a great awareness of how physical and tough this game was going to be. It was a grind-it-out kind of game, and it’s good to get the win.”

Senior Roosevelt Jones led the way for the Bulldogs with a season-high of 23 points, four rebounds and four assists. Dunham also chipped in 16 points, nine from behind the arc.

DePaul was led by Tommy Hamilton and Eli Cain each with 13 points.

The Bulldogs will be back in action on Jan. 30 at Marquette University. Tip is scheduled for 11 a.m. CT and will air on Fox Sports 1.