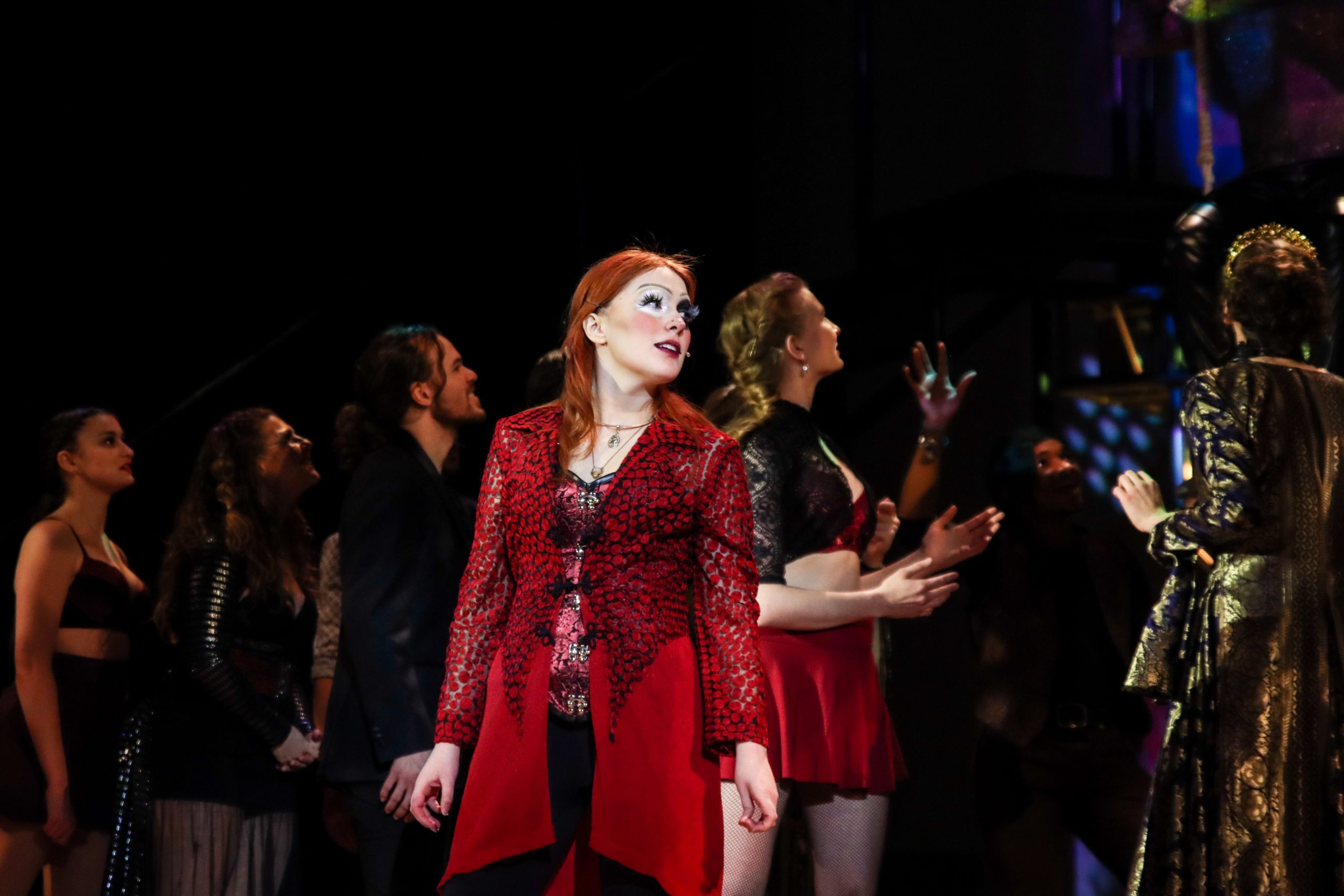 Thursday, Feb. 24 through Sunday, Feb. 27, 2022, Butler Theatre will be performing the musical “Pippin”, a multi-Tony Award winning production. Unlike past productions, the department opened up casting to non-theatre majors.

Early Sept. 2021, the theatre department announced “Pippin” auditions through Butler Today. Auditions were held Sept. 19, and they included a singing audition and a dance audition. Formerly, roles in Mainstage productions were reserved only for theatre majors, but the announcement stated that “all Butler students [were] invited to join Butler Theatre majors in auditioning for this production.”

Diane Timmerman, professor of theatre and producer for “Pippin,” explained that the department’s Mainstage shows are part of the curriculum for theatre majors. This is why auditions were exclusive to theatre majors in the past.

“Our Mainstage productions exist primarily for the artistic and educational growth of our theatre majors so that they have the opportunity to take what they learn in their coursework and put it into practice in production, so that’s been the reasoning all along with why only theatre majors can audition for our Mainstage productions,” Timmerman said. “They are curricular events, so our [theatre majors] are receiving TH 300 or TH 100 credit, depending on their year in school, for their participation.”

The theatre department chose to open up auditions for a Mainstage production for the first time in order to allow students all across campus — regardless of whether they are theatre majors or not — to have the opportunity to partake in a large-scale production.

Because it is a musical, “Pippin” was chosen as the first in this new venture since many high schools emphasize musical theatre rather than straight plays, i.e. non-musicals.

“Many high schools, their focus is musical theatre … so we knew that there would potentially be many students on campus who had been musical theatre kids in high school and really miss that,” Timmerman said. “And so we decided to launch this program with a musical because we knew we’d reach a lot of students, or we thought we would reach a lot of students, and it turns out, we did … I can’t remember the numbers, but we had a huge turnout [for auditions].”

Frances Storgion, first-year criminology and psychology major and “Pippin” ensemble castmember, learned of the auditions through a friend. Storgion did theatre all throughout high school and considers music to be a major part of her life, but because she is not a theatre major at Butler, she did not expect to have the opportunity to do any shows at college.

“I thought that the shows are typically just for theatre majors,” Storgion said. “And then I was sitting in choir, and one of my friends says to me, ‘Oh, you did theatre. Are you auditioning for Pippin?’ And I was like, ‘I can?’ … Getting in was so exciting, especially as a non-major.”

Along with Storgion as a criminology and psychology major, there are cast with majors in the dance program, pharmacy program, business school, College of Education and English department. Dick Davis — a full-time Butler maintenance staff member and, according to Timmerman, a “very, very, very part-time theatre major” via one theatre class a semester — also plays a lead role in the show.

Kay Hyman, sophomore theatre and creative writing double major, is in the musical’s ensemble. She, as someone in theatre department, has thoroughly enjoyed working with people of different majors in the show’s cast.

“I think it’s been great just getting the chance to meet other people who are outside of the [theatre] program,” Hyman said. “I don’t know if I would have met them otherwise, but they’re such awesome people and just so talented.”

For Storgion as a non-theatre major, she has been astounded by the caliber of Butler Theatre in comparison to her high school theatre experience.

“Like I said, I’ve been doing theatre since forever, but doing it as a first-year and in college has been such a cool experience,” Storgion said. “The leads we have are so crazy talented; the dancers are amazing. I’ve never been in more of a professional-feeling theatre environment, really, and it’s just been so cool.”

The department plans to have open auditions for their Mainstage productions every other year. In planning for the 2023-24 Butler Theatre Mainstage Season, faculty is getting ready to meet with students to get their input in the process. As of now, crew positions are still reserved for theatre majors only, but the department is receptive to opening those up to non-majors, too.

Beyond the Mainstage productions, non-majors have always been allowed to audition for  student-produced work such as Sandbox Student Productions.

“Pippin” is also a first for Butler Theatre in its usage of venue.

Timmerman is excited to be working in Shelton and all that the venue offers to a production. According to her, the Edyvean was beloved in the Indianapolis theatre community, and “Pippin” will be the first full-scale production in Shelton since the Edyvean’s departure.

“Many of us who have been around the Indianapolis theatre community for a long time really love that space [of Shelton] and remember the Edyvean Repertory Theatre so fondly,” Timmerman said. “We’ve used the space off and on over the years, but no one’s really done a huge full-on theatre production with full sound, lighting, scenic elements [since Edyvean].”

Michael Moffat, the lighting designer for “Pippin,” is “coming home” to Shelton after having been the designer and technical director in residence for the Edyvean in Shelton. He joins other local Indianapolis creatives such as artist Kyle Ragsdale who are working on the production in the entertainment industry’s slow return to live performances.

Storgion urges the Butler community to see the show.

“The costumes are incredible,” Storgion said. “The music is awesome. The choreography is so cool. It’s gonna be so entertaining — and it’s a [Butler Cultural Requirement]. So you know, everyone should come and see it.”

Tickets are available for purchase through Butler Arts & Events Center.

“Pippin” is directed by Emily Ristine Holloway and choreographed by Ramón Flowers. Costume design is by Wendy Meaden.

The cast of “Pippin” rehearse on Feb. 20. The crew of Pippin tests the lighting on stage before rehearsals on Jan 20. Photos by Grace Denckhoff.