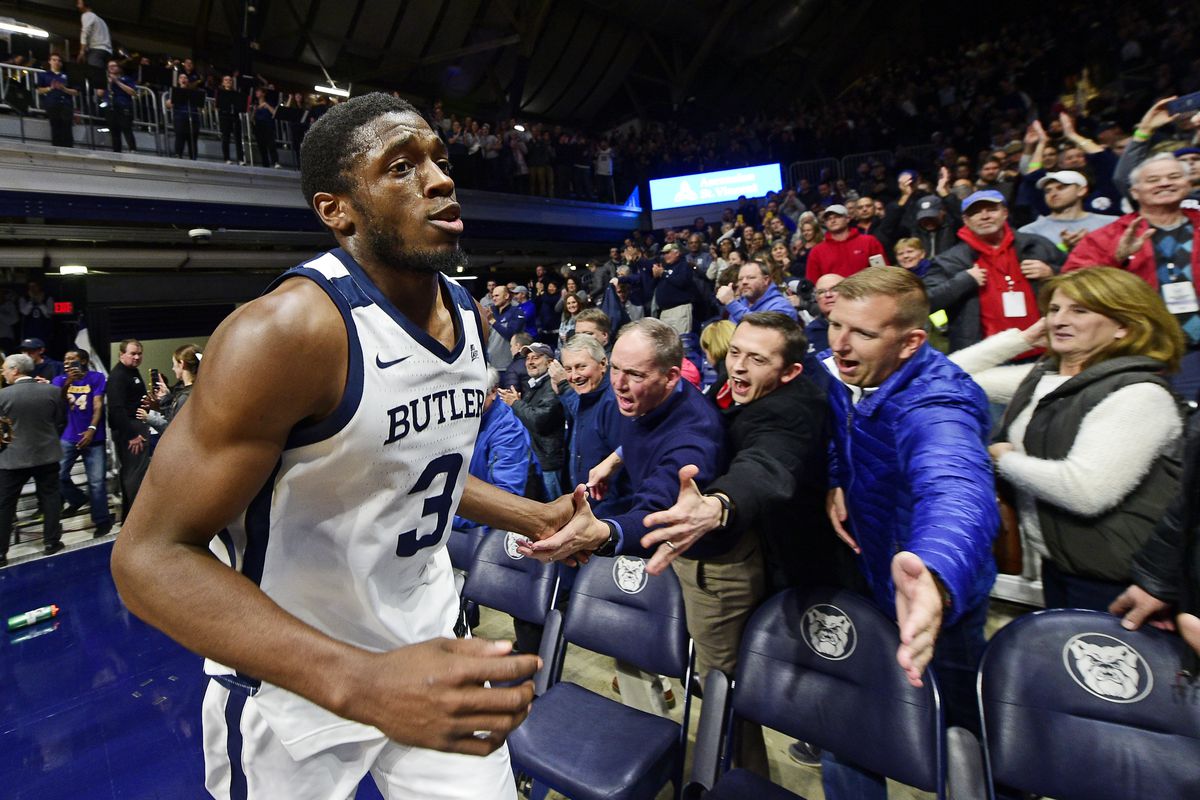 Admittedly, this is neither the time nor tone that we expected this story to come. In years past, The Butler Collegian has highlighted the successes of Butler student-athletes and teams from 18 sports in an end-of-year recap.

That is for a normal. In this year of chaos and confusion, there was still history and memories made throughout the limited sports season. And there are more sports still to play this calendar year.

The Butler men’s basketball game versus Western Michigan on Nov. 25 will snap a streak of 255 consecutive days without a Bulldog team in game action.

As the last issue of this cursed year, these are the top Butler sports’ moments The Collegian has covered, in chronological order.

The beginning of 2020 could not have started any better for Butler men’s basketball. In a game where St. John’s staged a furious comeback on their home floor, Christian David stepped up and nailed a game-winning three to give Butler the win on New Year’s Eve in New York. The Bulldogs’ hot streak did not end there as they knocked off Creighton and Providence after the new year, sending the team to 15-1 overall and 3-0 in Big East play. With just a nail-biting loss at Baylor as the only blemish on their season, the Bulldogs reached what would be the peak of their national recognition on the season with a No. 5 national ranking in the AP poll.

Butler and Villanova’s men’s basketball teams have a documented recent history of great games and shocking upsets. The Bulldogs upset the top-ranked Wildcats in back-to-back seasons, proving to be the annoying little brother at the elite program’s side. This year’s game at Hinkle Fieldhouse proved to be no different. After Villanova’s Saddiq Bey drained a game-tying 3-pointer with 25 seconds left in regulation, everyone in the building knew who was going to take the final shot for Butler. With his signature step-back, Kamar Baldwin drained the long-range shot at the buzzer, cementing that moment as one for the ages at historic Hinkle.

Not to be outdone by their nationally-ranked friends on the men’s team, the Butler women’s basketball team had themselves some impressive stretches throughout the season; their most significant of which was winning nine of 10 Big East games over a month’s span from Jan. 10 to Feb. 10. Led by senior Kristen Spolyar, the Bulldogs rattled off one-possession wins over Georgetown, Providence, Xavier and Villanova to turn an 0-2 start in conference play into a competitive 9-3 record in the Big East. The final game of this stretch was capped by none other than Spolyar, who knocked down two free throws in the final seconds to knock off Villanova.

Butler baseball got their 2020 season rolling to a fast start to the tune of six straight wins. The Bulldogs opened the season in sunny Lexington, S.C. on Valentine’s Day with a 4-2 win over North Carolina A&T behind strong showings from two of their top pitchers in Connor Schultz and Jack Myers. Butler would finish off the trip with yet another win over North Carolina A&T and George Mason. With a sweep of Western Illinois, the Bulldogs started 6-0 for just the second time in at least the last 13 seasons. While this year’s squad couldn’t match the 2018 team’s 9-0 start, it was a promising kickoff to a season that would later be cut short.

Butler Blue gets his collar — Feb 29

To someone unfamiliar with Butler and the live-mascot program, they may underestimate how big of a deal this is to the Bulldog faithful. With the retirement of the beloved Trip after the 2019-20 basketball season, Blue IV — known as Blue — was the star of the Changing of the Collar ceremony before the men’s basketball game versus DePaul on Leap Day. The event also meant the changing of the guard for the mascot’s keeper. Michael Kaltenmark also retired as Trip’s handler, though he still works at the university. Evan Krauss now acts as the human face of Butler’s favorite pup.

After struggling to a 4-12 record in Big East play in 2019, Butler Softball was looking to make a statement early in the season to prove that they had turned a page in 2020. And that they did. With trips to Rosemont, Ill., Madeira Beach, Fla., Lynchburg Va. and Memphis, Tenn., the Bulldogs sprinted out to a 13-4 record behind dominant performances from their pitching staff. Their team ERA this year was a stellar 2.51, led by sophomore Karli Ricketts broke out with 88 strikeouts and six complete games. Ricketts, paired alongside fellow sophomore Lauren Fey — who hit for a .975 OPS — will lead the Bulldogs in putting the Big East on notice.

As if one all-time great buzzer-beater in Butler basketball history wasn’t good enough for one season, senior guard Kamar Baldwin decided he needed to do it again. On the road against archrival Xavier, Baldwin saved his best performance in his college career for what turned out to be his last. Baldwin’s buzzer-beating 3-pointer broke the hearts of the Musketeers on their Senior Night and gave Baldwin 36 points on the night, a career-high. While the game was thought to be a point of momentum heading into the Big East and NCAA Tournaments, it instead served as a storybook ending and a cherry on top of an incredible career for Baldwin.

Just hours before Butler was scheduled to play their quarterfinal game versus Providence in the Big East Tournament, the conference canceled the rest of the tournament due to the COVID-19 pandemic in the United States. What made the cancellation so bizarre was the fact that it came at halftime of the Creighton-St. John’s game, which was the only college basketball game played all day. This was the beginning of the end of college basketball for the 2019-20 season as the NCAA canceled its postseason tournament, leaving little closure for the country’s best players and teams.

In a summer littered with social injustices, exemplified by the murder of George Floyd in Minneapolis, the Butler Athletics department responded with the announcement of the BUnited Initiative. The initiative focuses on empathy, education and experience to have “meaningful conversations regarding race, racism and justice” on Butler’s campus, Indianapolis and the country at large. Spearheaded by a council with Black head coaches LaVall Jordan and Sharon Clark, the initiative prioritized voter registration and “an environment of understanding and fairness to support the optimal experience.”

The Big East announced the postponement of all fall sports seasons due to the unwavering COVID-19 pandemic. This led to the entire in-person semester for Butler without any official NCAA sporting events or games. While the men’s basketball team is scheduled to have their first game of the season on Nov. 25, the teams that usually play in the fall have had less clarity as to when or if their season will resume. While it could be a busy spring and 2021 calendar year for Butler sports, there is still much left unknown to the constantly changing world due to the pandemic. Namely, Butler men’s and women’s basketball who are set to take the floor at Hinkle in just mere weeks.