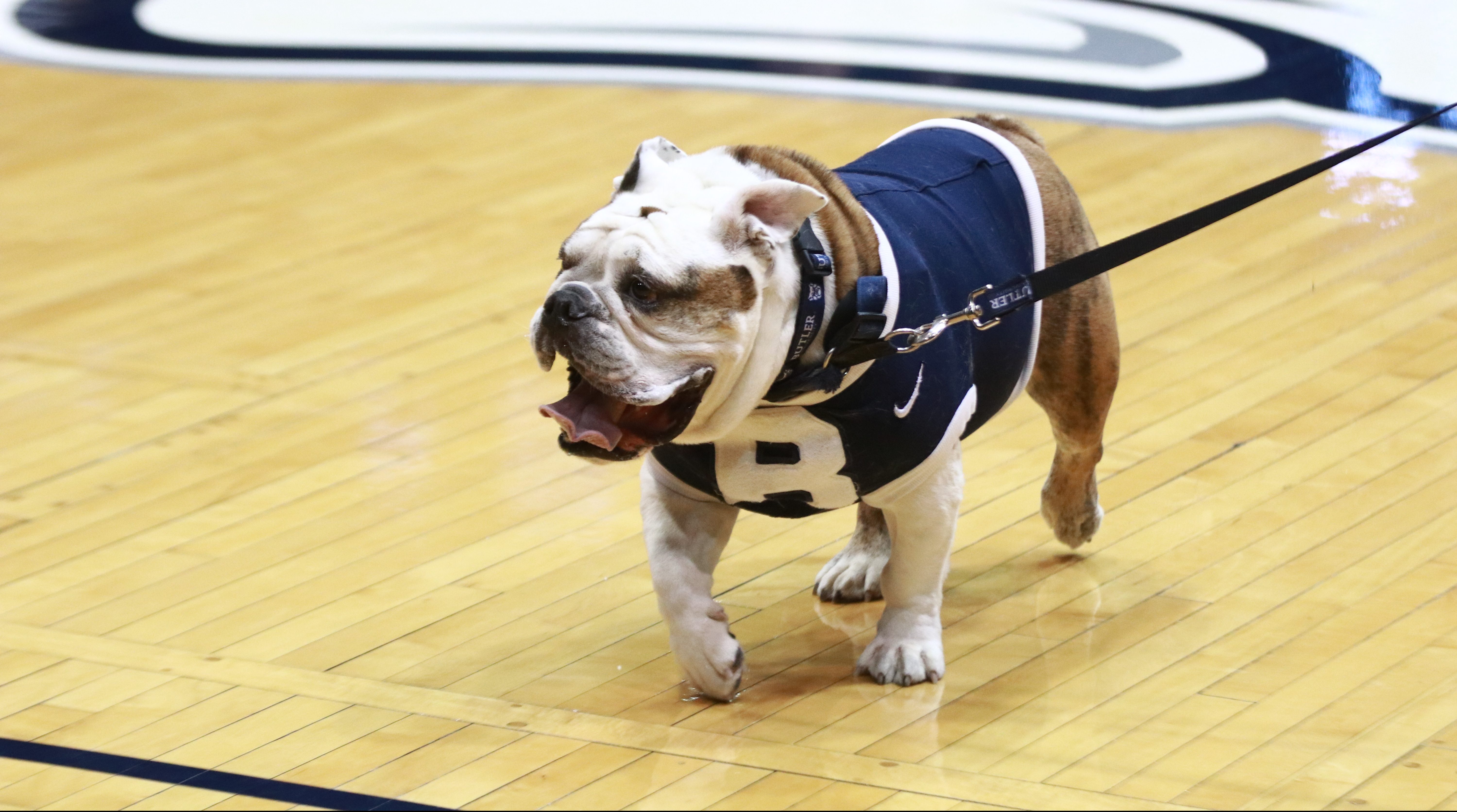 Butler University mascot Butler Blue III — also known as Trip — is retiring at the end of the 2019-20 academic year, the school announced on Oct. 22.

“While he loves to work and enjoys being the Butler Bulldog, it’s time,” Michael Kaltenmark, Trip’s caretaker and Butler’s Director of External Relations, said in a press release. “The average lifespan of an English bulldog is eight to 12 years, and now that Trip is entering that range, we want to make sure he gets to enjoy the simple pleasures of life as just our family dog.”

Kaltenmark and his family adopted Trip in 2012 when he was seven weeks old. He has served as Butler’s mascot since March 2013.

Trip will stay with Kaltenmark’s family during his retirement. Kaltenmark and others are going to work with local veterinarian and Butler graduate Kurt Phillips to pick Trip’s successor, according to the release.

Kaltenmark and Trip’s last tour, which includes stops in Chicago, Washington D.C., Milwaukee and New York, will be called “One Last Trip.”

“This year is really an opportunity for the Butler community and our fans to celebrate Trip and his service as mascot,” Kaltenmark said. “He has served Butler so admirably all of these years, and we want to send him off with a proper farewell.”