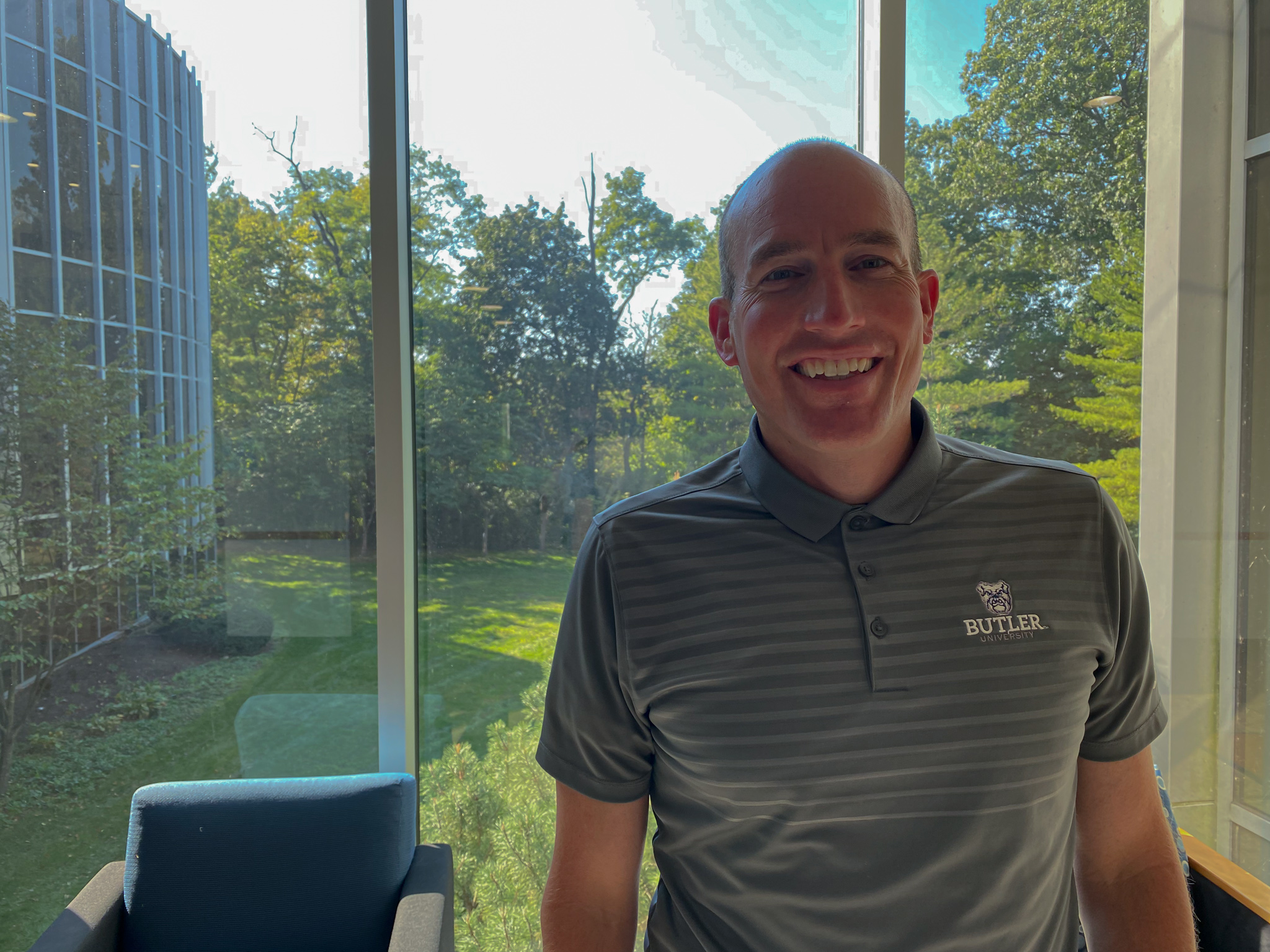 On Monday, Sept. 27, Michael Kaltenmark announced that he had accepted a position as head of marketing for the Indianapolis Motor Speedway and will be leaving Butler after 19 years of employment. Kaltenmark is a Butler alumnus, the current director of Butler external relations, an adjunct professor and former handler of live mascots Butler Blue II and Butler Blue III.

Kaltenmark’s time as a member of the Butler University Marketing and Communications team will conclude on Friday, Oct. 8. However, he will finish out the fall semester as an adjunct professor.

Butler has not announced their plans to fill Kaltenmark’s position at this time.

Kaltenmark started at Butler as a first-year undergraduate journalism major with a focus in public relations in 1998.

“Interestingly enough, I got a feeling from this place that I could thrive here, and I could have a really good experience,” Kaltenmark said. “That must have been a good gut feeling because it lasted 23 years.”

Kaltenmark said that during his four years as a student, he positioned himself to begin a career in motorsports, public relations, communications or marketing upon his graduation. Before he graduated, Kaltenmark received a few offers to work in these fields, but said he had a moment of clarity and realized that he should stay at Butler.

He was able to stay at Butler by accepting a full-time position in the University Advancement office during the summer after his graduation. Kaltenmark changed roles throughout the years and made his way to the University Marketing and Communications team.

“It really just became a passion project because I love this place so much,” Kaltenmark said. “So, I just found things that I was good at and could contribute to the university, and just kept coming in every day and doing that.”

Of all the roles Kaltenmark has played at Butler, the most well-known is perhaps handler to live mascots Butler Blue II and Butler Blue III. He said that this position originated simply because “he was in the right place at the right time.”

In 2004 — about two years after Kaltenmark began his employment at Butler — his colleague, Kelly Walker, who initially proposed the live mascot program, left the university and made arrangements to take Butler Blue I with her. Kaltenmark said in the middle of a meeting, he raised his hand and asked if he could be the caretaker of the next Butler Blue. The response? Simply, “sure.”

When the live mascot program was in its beginning stages, much was yet to be established. This not only gave Kaltenmark the unexpected opportunity to care for Butler Blue II, but also to make the program his own.

“I met the breeder, I got the puppy, and then with a pat on the back, they sent me off and I kind of made it up as I went,” Kaltenmark said. “It wasn’t part of my full-time job responsibilities, but I had a vision for it, and a passion for it.”

Kaltenmark said his favorite memory with Butler Blue II was going to the Final Four and sitting courtside. With Butler Blue III, known as “Trip,” it was the Netflix ‘Dogs’ episode production.

“When I turn on Netflix and I see Trip on there, I still am like…I cannot believe that happened,” Kaltenmark said.

Kaltenmark “handed the leash” to Evan Krauss, his mentee and fellow Butler alumnus, in February 2020 upon Trip’s retirement. In an email to The Butler Collegian, Krauss said this new position is an exciting opportunity for both Kaltenmark and the IMS.

“With his skill-set and love of IMS, Michael is certain to thrive in this role,” Krauss said. “We will miss Michael greatly here at Butler, but thanks to his leadership and the time and effort he has spent mentoring me for the past six years, the live mascot program is in a great place and will continue to be a national collegiate benchmark.”

Gaby Nardella, a junior dance and arts administration major and the creator of the @butlerbluefanpage Instagram account, said she believes Kaltenmark’s caring nature has helped bring the Butler community together.

“I was sitting outside rehearsal yesterday, and I saw Kaltenmark picking up Blue in the rain and carrying him to the car to go to the Mascot Hall of Fame,” Nardella said. “And I think that just shows how much he cares…he’s not the mascot handler now, but he’s there when he can be. Even though he is leaving Butler, he has left a stamp here that no one can change.”

Kaltenmark said after his departure, there are two messages that he hopes the Butler community will keep in mind.

First, Kaltenmark said he is grateful for the people and community at Butler.

“When I needed a kidney, people didn’t hesitate to step up,” Kaltenmark said. “And when I took that dog around, and I had my kids in tow, people accepted us as family, and they helped, and they treated us like royalty. We will never forget that.”

More than anything, Kaltenmark emphasizes that his love for this university will continue, even when he is no longer directly involved as an employee.

“There’s just no way I could have foreseen any of this happening…but now, I’m a believer,” Kaltenmark said. “This place has made a believer out of me. You can dream big and make it happen. I think there’s awesome stuff out on the horizon for Butler University.”