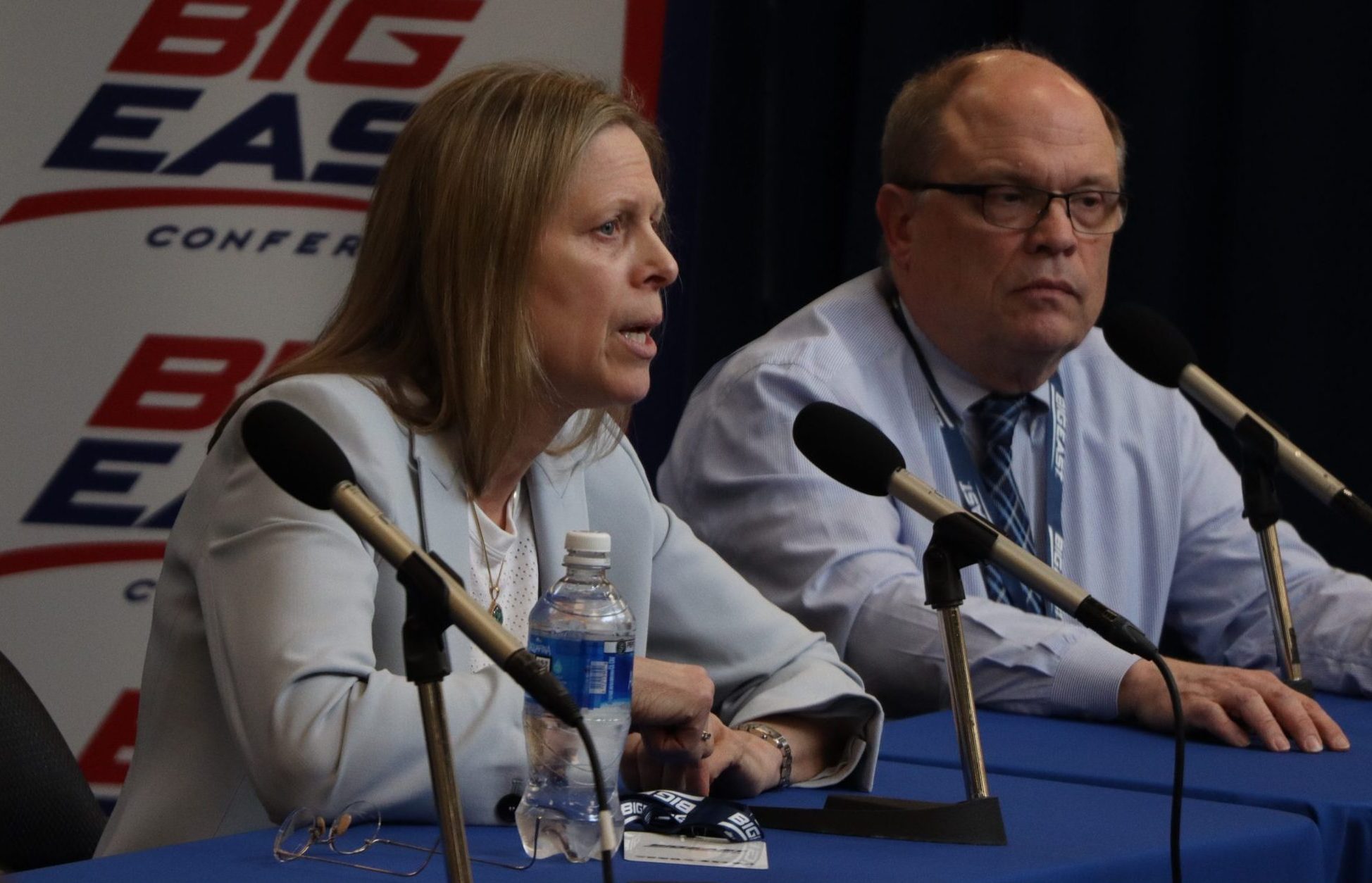 Big East commissioner Val Ackerman speaks with the media at Madison Square Garden following the conference’s announcement that the remainder of the Big East Tournament would be canceled due to coronavirus concerns. Photo by Xan Korman.

Just hours after all major collegiate conferences canceled their conference tournaments, the NCAA announced on March 12 that all remaining winter and spring NCAA championships, including the Division I men’s and women’s basketball tournaments, have been canceled due to concerns over the coronavirus pandemic.

“This decision is based on the evolving COVID-19 public health threat, our ability to ensure the events do not contribute to spread of the pandemic, and the impracticality of hosting such events at any time during this academic year given ongoing decisions by other entities,” the NCAA said in a statement.

The Big East conference announced on March 12 that the remainder of its conference tournament has been canceled due to concerns over the coronavirus pandemic.

“Following a call with our Presidents and Athletics Directors and additional consultations with the City of New York, the BIG EAST Conference has cancelled the remainder of our men’s basketball tournament, effective immediately,” the conference said in a statement. “We believe the decision is in the best interests of our participants and fans.”

The announcement, which came at halftime of a quarterfinals matchup between St. John’s and Creighton, followed the cancellations of other major conference tournaments, including the Big 10, Big 12, SEC, ACC and Pac-12 competitions. It also comes as a number of American professional sports leagues, including the NBA, have announced the suspension of their seasons until further notice.

The Butler men’s basketball team was slated to face Providence in the quarterfinals of the Big East Tournament at 2:30 p.m. ET on March 12.

NCAA President Mark Emmert announced on March 11 that NCAA Tournament games will be played without fans in attendance.

“My prediction is that if things escalate in this country as we’ve seen in other parts of the world, I suspect it’s going to be very hard to hold on to the NCAA Tournament,” Big East commissioner Val Ackerman said in a press conference following the cancellation. “That’s just a prediction. It’s not my call.”