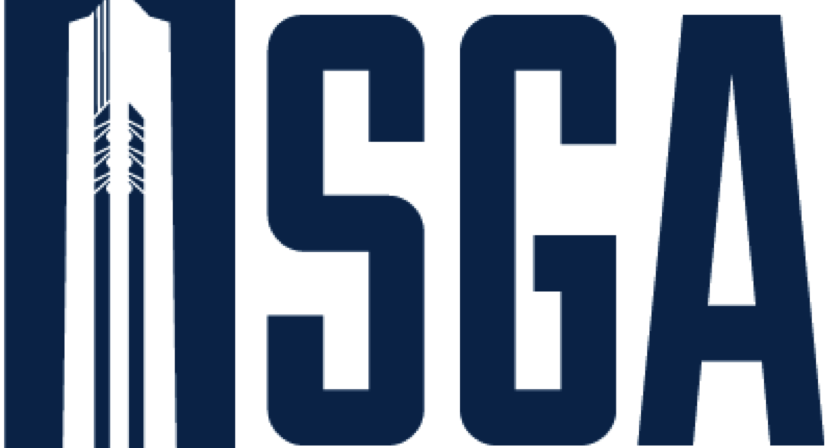 Farrah Goodall, a sophomore philosophy and Spanish double major, was confirmed by the SGA Senate and sworn in as the new executive vice president.

Goodall served as an Associate Justice this past fall semester. During the 2018-19 academic year, she was the ResCo Senator where she was on the Judicial Review committee.

“I am humbled to be selected for this position, and am beyond excited to continue to serve the student body,” Goodall said. “I am looking forward to returning to Senate as the chair and working alongside such capable and intelligent people. I have the utmost confidence in Malin and all those involved with SGA as we undergo these changes.”

Responsibilities of the executive vice president includes being the chair of the student Senate and overseeing the operations of the legislative branch.

Goodall and Malin Peterson, new SGA student body president, will serve in their roles through April 2020.

“I am excited that Senate confirmed Farrah,” Peterson said. “I have no doubt that she will lead this organization with tremendous leadership and grace, as she has exemplified throughout her involvement in SGA.”

“I’m thankful to the students who have believed in me and trusted me to be their student body president over the past two terms,” Varie said. “And I’m thankful for the people who have challenged me to work harder, to work smarter and to always be an advocate for every student on this campus.”

“I feel as though I’m ready to step in this role, I feel confident doing so,” Peterson, a senior youth and community development major, said. “I have an incredible team behind me that allows me to feel more confident in what I’m doing. Just having Sam there and him as a resource as he’s still going out is really important.”

According to the bylaws and Article IV of the SGA Constitution, in case of a vacancy in the office of the executive vice president, the president will nominate a candidate who will then need a two-thirds confirmation vote from the SGA Senate.

Peterson said she has a person in mind and will nominate her candidate in her new capacity as president. The Senate vote will happen at 6:30 p.m. on Jan. 15.

Alex Spanenberg, SGA chief justice, played a large role in writing the constitution, which was approved in January 2019. Spanenberg, a sophomore pre-pharmacy major, will be swearing in Peterson as she takes the oath of the president to fulfill her role and be student-minded.

Spanenberg swore in both Varie and Peterson at the end of April last year.

“I was filled with a lot of optimism since we were changing our constitution that year before and swearing in our first executive vice president,” Spanenberg said. “I think it will be a continuation of that. I look forward to seeing Malin lead SGA and seeing all that she has to offer.”

Peterson said her nominee has the ability to lead the Senate, which is one of the vice president’s responsibilities, and will carry out her and Varie’s vision. She hopes to continuously work toward the promises they made on their campaign, such as enhancing diversity programs, amplifying student voices and innovating the student body through initiatives.

When Varie told Peterson he was resigning, it took a minute for her to fully realize what it meant for her position, however she is fully confident in her abilities to be president.

“I always assume Sam is going to follow his passions, his dreams,” Peterson said. “I never knew where that was going to lead him. I never anticipated this, but am so happy for him.”

Varie said while his love for the “unconventional route” is inherently risky, there is no better time than now, during the 2020 presidential elections.

Varie said he could get a college degree at any time.

He has always been enamored by political campaigns, and the thought of joining a presidential campaign has been in the back of his mind since last January, when many presidential hopefuls, including Buttigieg, launched exploratory committees for the Democratic Party nomination. It wasn’t until Varie’s mom, though, told him this past winter break to “take a leap.”

Almost three weeks later, Varie accepted an opportunity to support Buttigieg’s vision in “any way and anywhere” he can.

“And what I wish I could have done, impossible or not, is connected with all those students and learned how I could have been a partner with them,” Varie said.

Varie was first elected in 2018 as one of Butler’s few openly-gay, non-Greek affiliated presidents. From 2018-19, SGA strived to improve the student experience by executing several projects, including a new constitution, solar panel tables on the Starbucks patio, and furniture in Jordan Hall. During the first semester of Varie’s second term, highlights included a partnership with Uber for students and provided opportunities to attend local concerts.

“At the end of the day, what I really hope I made an impact on is individual members and individual students, and have empowered them to be the leaders that they want to be and who they are, and empowered students to have an excellent experience here,” Varie said.

Varie said there is no one more equipped or prepared than Peterson to take on his role.

Previously, Peterson has served as Speaker of the Senate in 2018 and College of Education senator from 2016-18. As executive vice president, Peterson said Varie empowered her to make decisions throughout the semester.

“I want to be able to say that we did everything we possibly could’ve for students,” Peterson said. “I think I would’ve said the same exact thing had I finished out the year in the executive vice president role…I want to look back and say, we did this seamlessly, it was good for the student body, we were able to deliver everything we promised them, and then some.”