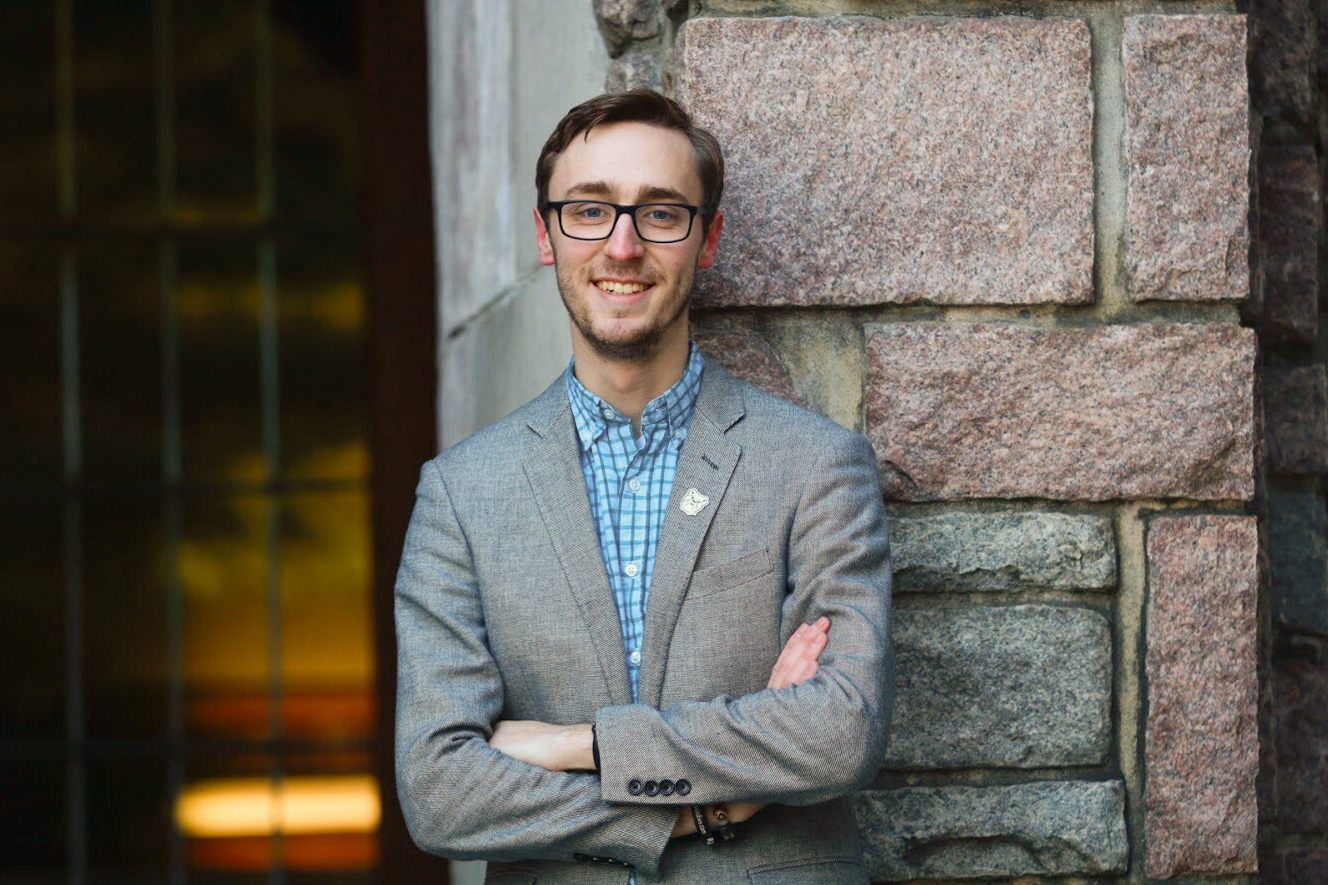 It is a dramatic change from last year’s space, which resembled an underutilized storage area, complete with a lifeless popcorn machine and furniture. The old, large desk that confronted those who entered the old office is gone, replaced by a soft seating area for conversation and a portable computer desk.

There is a large table for collaboration and a storage unit with organized boxes, giving anyone who enters the indication that there is a place for everything and everything is in its place. A Velcro strip next to the door serves as signage for office hours, each cabinet member’s name placed conveniently above a sign indicating when they are available for office hours.

The President of the United States, early in their term, redesigns the Oval Office. The purpose is to create a space that suits their personality, leadership and approach to the position. It is a symbolic change meant to represent the kind of business conducted in the highest office in the nation. Varie did the same over the summer, and the room’s redesign is indicative of the change about to be brought by a new administration.

Last year, Varie campaigned under three initiatives: administrative accountability, SGA accessibility and inclusivity. The presidency is a position the junior strategic communication major said he has wanted since his first-year convocation.

“When she [former SGA President Paige Haefer] got up to speak I leaned over to my parents and said, ‘I want to do that,’” Varie said. “I am lucky I have that opportunity now, but it was her speech that sparked an interest in student government for me.”

Similar to his recently acquired space, the change around the SGA brand and leadership style is intentional. Just as he made the office his own, Varie is making the entirety of SGA his own.

“I like to think a leader can either lead from the back or from the front, and I think Sam is leading from the front,” said John Lacheta, vice president of Student Initiatives Board and a senior management information systems and risk management major.

Motivated by what Varie described as a personal drive and a passion for enhancing the student experience, he hopes to see changes within the Diversity Center and transportation.

“Soon students will see brand new furniture, tools, technology and resources in the Diversity Center, but this is just phase one,” Varie said. “I would love to see the DC eventually come into a new space and become a larger and more inviting space.”

Moving the Diversity Center into a new area of Atherton or even into its own house entirely, is a future possibility. Transportation is another area Varie identified as needing change. This includes transportation services in and around the Butler area, as well as parking, a hot-button issue for students.

“We are currently undergoing a transportation analysis on campus, figuring out what SGA provides and what resources are available for students,” Varie said. “In the next year or two I would love to see a holistic analysis and recommendation of how we can provide transportation solutions for students.”

From the time he was a first year campaigning for Ross Hall senator, Varie designed his SGA style piece by piece to create what would become his eventual presidency.

His love for connecting with students turned into a position on the Student Affairs Committee under the Student Initiatives Board his sophomore year. The board works closely with senate to implement large-scale projects across campus.

Varie constructed his physical office space so it could carry out his presidential experience in a way that is streamlined and analyzed. He’s building his goals and initiatives in a similar way, though creating visible change may not necessarily be as tangible or immediate as a new coat of paint.

“It is an awkward balancing act sometimes,” said Jesse Neader, associate director of student activities within the department of Student Involvement and Leadership. “There are leaders that will push off the work of a project onto other senators or cabinet members, and then there are leaders that really take on projects and don’t really share.”

Varie likes to focus on consensus and research-based decisions, Neader said. When SGA discussed possible solutions to campus transportation last year, Varie consistently emphasized that there wasn’t enough data, insisting they collect as much data as possible to make an informed decision.

In his office, Varie keeps the storage bins organized, each space designed to hold the necessary materials. In this same vein, his administration is currently overseeing SGA senate changes designed to reform its structure and procedures, modeled after how real-world governments function.

“As a whole he is making SGA more of a facts-based deliberative body as opposed to a group of students getting together,” Neader said.

As Varie pursues a legacy grounded by his presidency, Neader said he also recognizes the high rate of burnout amongst student leaders. Challenges of the position include defining the role of president, making oneself accessible and to improve the campus experience per the student’s definition of enhancement.

“I think Sam is doing a really good job of balancing that, but I just worry about the long game of it,” Neader said. “If you’re juggling all of these balls, what falls? We encourage leaders take time for themselves, and for their health and wellness.”

It remains up to to the student body to determine Varie’s success in establishing the culture they voted for. Not all of the change Varie plans to create can be as tangible or immediate as the changes he has made to his physical office. In the end, his constitutes get to determine if Varie, student body president, can materialize change on campus as easily and precisely as he did with his office.