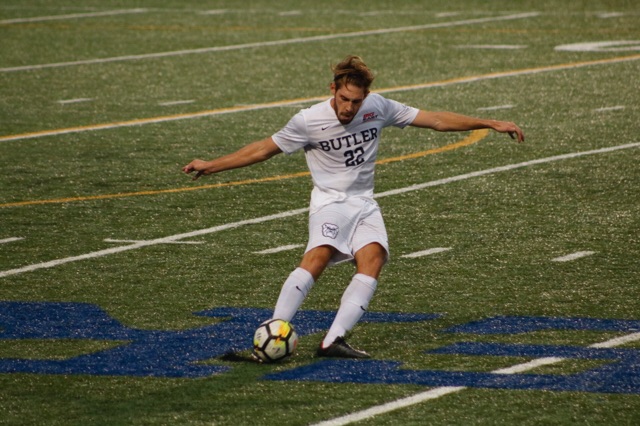 The Butler men’s soccer team suffered their first defeat in conference play, losing 3-0 at No. 10 Georgetown University. The team is now 7-3 on the season and 3-1 in the Big East. It was the first game Butler played all season that was decided by more than a single goal.

This afternoons starting XI vs the Georgetown Hoyas! pic.twitter.com/bvbgZCtrp7

The Hoyas started the game fast, scoring two goals in the opening 10 minutes. They added the final goal in the 35th minute to take a 3-0 lead at halftime.

Georgetown outshot the Bulldogs 19-6 in the match and 12-3 in the first half. Ten of the Hoyas’ 19 shots were on goal, while Butler only managed to get three on target. Redshirt senior goalie Eric Dick made seven saves in the losing effort.

Sophomore midfielder Isaac Galliford was the only Bulldog to record multiple shots in the contest.

Up next is a road trip to Southern Illinois University Evansville on Tuesday, Oct. 10. The Cougars knocked Butler out of last season’s NCAA tournament in the second round.