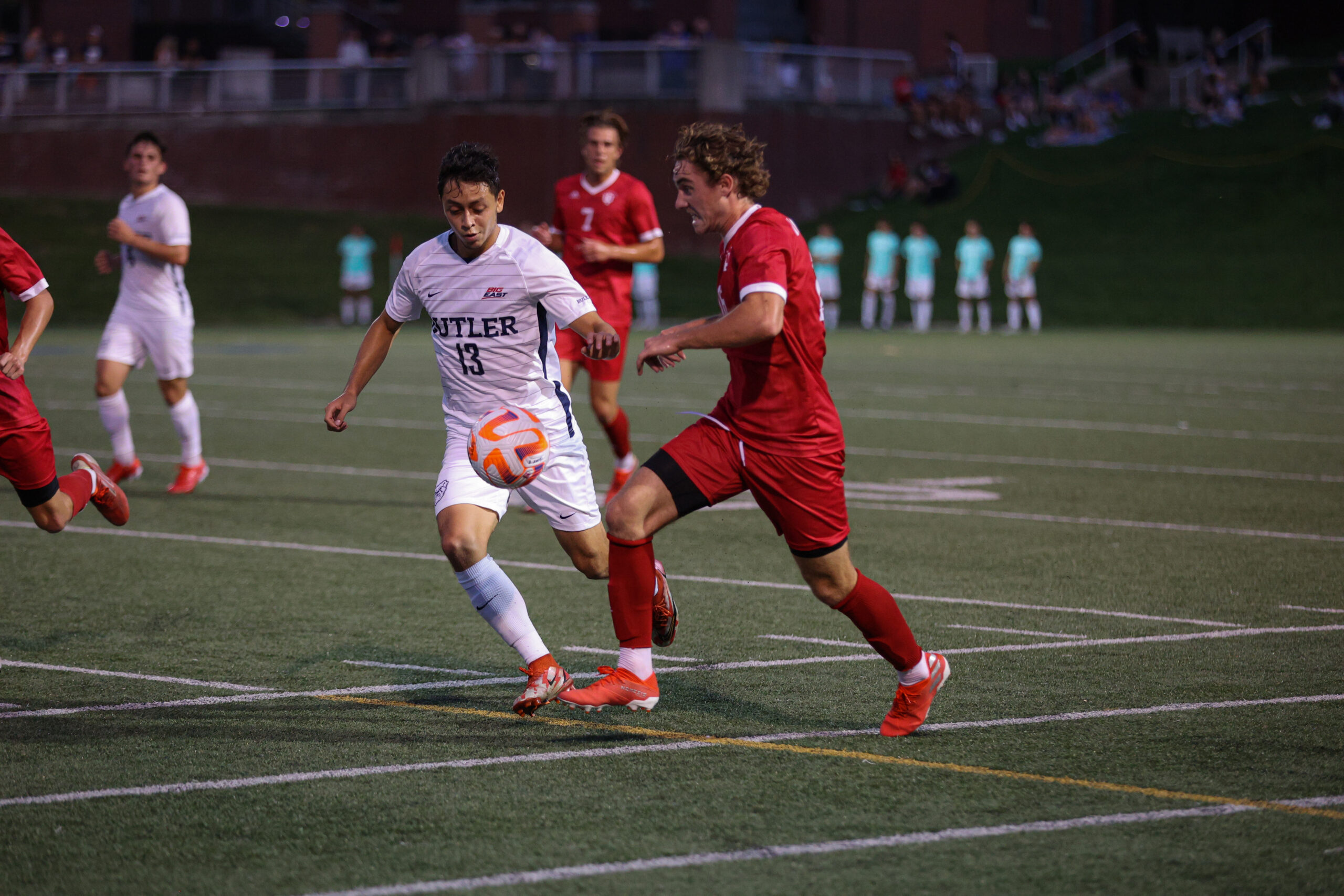 The Butler men’s soccer team is used to being the underdogs. Every year, the Bulldogs are predicted to be in the middle of the pack in the Big East. The same can apply to this season, as Butler was picked to finish fifth in the Big East preseason poll.

While something like that could cause understandable frustration, senior forward and Big East Preseason Offensive Player of the Year Wilmer Cabrera Jr. approaches it differently.

“I feel like every year we have kind of been seen as the underdogs and I honestly do not mind that at all,” Cabrera said. “It does not give us more pressure or anything. Being the underdogs, you just got to prove people wrong. Some people on the team might see it as disrespectful, but for me, I don’t really mind.”

Paul Snape, who has been the head coach for Butler soccer since 2011, believes a variety of components go into competing in the Big East.

“You have to increase the level of speed; mental speed, technical speed and physical speed,” Snape said. “Then, the most important thing is that you got to score goals. Once you get the cumulation of doing those speedups, you become a top team. We could beat anyone in the Big East if we do that. Complacency will kill you in the Big East.”

Although the Bulldogs are winless in their last three games and have only scored seven goals in six matches thus far, they have been dominant on defense. The team has allowed just six goals and has two clean sheets already. Their defense is a major reason why senior defenseman Perrin Barnes has liked how they have played in stretches and knows what they need to do in order to get back in the win column while in Big East play.

Butler has an all-time record of 41-34-7 in Big East play, but has not won the Big East tournament title since 2016. With a team that features nine seniors and fifth-years, there is a lot of hunger amongst the upperclassmen to finally break through in their final season.

“Every year coming into the season my goal has always been to make it to [the Big East tournament] final and win it,” Cabrera said. “If I can do that now in my senior year, I think that would be perfect. This is our chance …”

While the team is led by their upperclassmen, the young Bulldogs have also produced, especially freshman forward Palmer Ault, who has already scored two game-winning goals against Western Michigan and No. 4 Marshall, respectively.

Butler will play a total of nine more Big East games in the regular season. While each game holds importance, the consensus is that a win against Georgetown would mean a little more than the others.

“I don’t think that there is a rivalry, just a mutual respect,” Cabrera said. “They have always been a really good program so when we play against them, it is always competitive … winning against Georgetown would be a little bit extra special.”

The Bulldogs’ next game will be at home against Lindenwood on Sept. 21 before traveling to Connecticut to continue their Big East schedule against UConn on Saturday, Sept. 24.