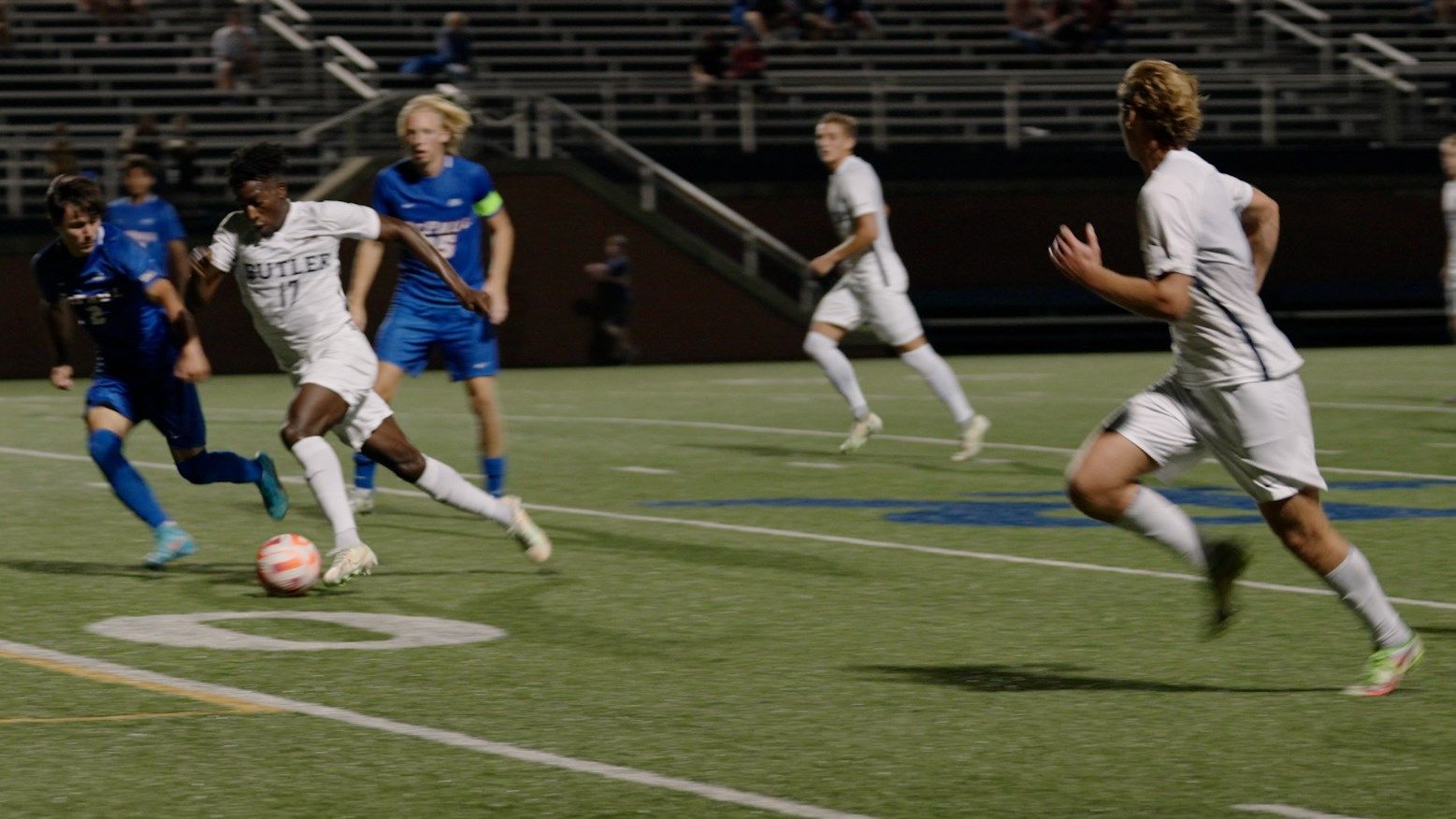 After consecutive losses to Ohio State and Indiana, the No. 20 Butler men’s soccer team began Big East play with a 1-1 tie against DePaul at the Bud and Jackie Sellick Bowl in a physical game where the teams would combine for only five total shots on goal.

DePaul got on the board in the 18th minute when midfielder Omar Ramadan hit a corner kick into the front of net which fellow midfielder Michael Anderson headed directly into the net giving DePaul a 1-0 lead.

After the goal, neither team would register a shot on goal until DePaul goalkeeper Gandhi Cruz stopped a Hemi Nasser shot in the 37th minute.

DePaul’s lead would last from the 18th minute all the way until the 86th minute when redshirt senior midfielder Jack Streberger took a pass at center field from redshirt junior teammate Tommy Visser and powered a shot into the right side of the net, tying the game 1-1, before immediately sprinting to grab the ball.

The Bulldogs would have a chance to take the lead in the 88th minute when a hard shot from redshirt junior defenseman DJ Hooks bounced off the right crossbar and out of play.

DePaul’s only shot on goal in the second half came in the 81st minute on a Jack Richards attempt that was saved by Butler fifth year goalkeeper Gabriel Gjergji.

With the tie, DePaul moves to 2-1-3 on the season while Butler moves to 3-2-1. The Bulldogs next game is on Wednesday, Sept. 21 at 7 p.m. at the Bud and Jackie Sellick Bowl where they will play against Lindenwood.