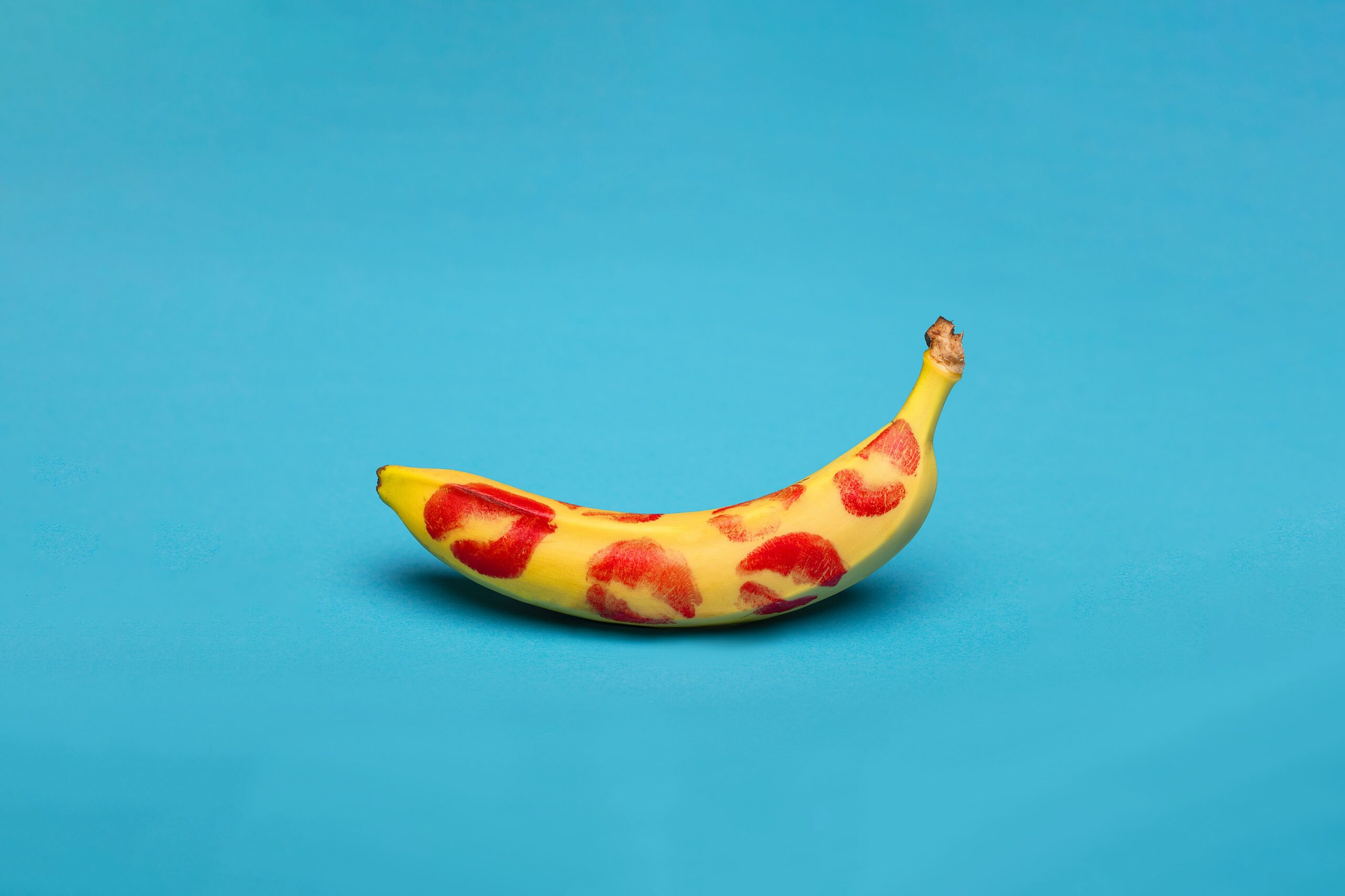 Cooter? I hardly know her! Photo by Deon Black via Unsplash.

Deep in the throes of No Nut November — NNN — this time of year points to a larger generational concern: the decline in the sex lives of modern-day young people. The Atlantic editor Kate Julian dubbed this phenomenon the “sex recession.”

Contrary to the normalization of hookup culture, kink and depiction of sex in media such as “Euphoria,” today’s teens and young adults actually have less sex than older generations did at the same age.

While NNN, the annual internet challenge to abstain from orgasm for the month of November, only “came” into existence in the past decade, the upward trend for sexual inactivity has been ongoing for several decades. Despite shifting societal perceptions on sexual freedom of today, data shows that younger generations “lose” their virginities later in life, have lower body counts and are f*cking less in general.

The CDC’s Youth Risk Behavior Surveillance survey found that the proportion of high school students who had ever had sex at all, had sex with at least four people in their life or who were sexually active, all declined from 1991 to 2015. A 2016 study found that for young adults in their early 20s, 15% of people born in the 1990s — i.e. late millennials — had not had sex since turning 18; the number was only 6% for those born in the 1960s — early Generation X.

Even in just the past six years, the proportion of sexually inactive college students has continued to grow. Butler’s ACHA-National College Health Assessment collects information on student health, including sexual behaviors. In data provided by email to The Butler Collegian from the Butler student affairs division, 35% of Butler students in 2020 reported having vaginal intercourse in the past 30 days, while 41.7% said so in 2016. In 2020, 47.3% said they had never had vaginal intercourse ever, while 39.5% said the same in 2016.

With the same cutting expertise as a Bloomberg business analyst, the Collegian will explore some of the motivations and circumstances impacting today’s college students to explain the other, much more pressing recession: the great sex recession.

Since the boom of Tinder in the mid-2010s, which marketed itself towards millennials, online dating has permeated the cultural consciousness of young adults. A 2019 Pew Research survey found that almost half of 18 to 29 year olds had used online dating — and those who had college experience were more likely to use online dating than those without.

However, the high ubiquity of dating apps is not always accompanied by equally high reviews.

A senior humanities major characterizes her sex life as not “nonexistent,” but simply “cautious,” last having had sex two years ago. When asked to describe her experience with dating apps, she summed it up in one word: “tragic.” More specifically, “tuh-RA-gic.”

“My experience has been bad,” she said. “I’ve gone on a few dates, yeah, but nothing came out of them. I don’t feel close to anyone that I’ve met on a dating app.”

r/tinderdata, a community on Reddit where users post their dating app statistics, paints a dismal picture of its users’ sex lives. One 21-year-old male college student had dates with nine people out of over 2000 right swipes on Tinder — a 0.45% date rate — with four of those dates leading to casual sex and one leading to a relationship. Another user, a 22-year-old woman, over the course of four years had sex with eight people after more than a thousand right swipes on Tinder.

In addition to the lack of connection, there are concerns about physical safety when it comes to online dating.

“I’m scared,” the student said. “There’s all the horror stories. [The news makes you think that] you go over to someone’s place, and then they murder you or something, and I don’t wanna get murdered.”

The Indiana state government does not require that schools teach sex education. However, any sex education that public schools do have must be abstinence-only and is not required to be medically accurate.

A senior humanities major experienced a very fear-based, factually inaccurate sex education system at her Indianapolis public school. It planted in her a falsified paranoia for pregnancy and STIs, and she cites her sex ed as a primary deterrent from smashing years later.

“I was taught that [a condom] breaks almost 99% of the time,” she said. “We got balloons in a class of 20 people, and all of them had a little hole in it except for one [to represent a broken condom]. We all tried to blow one up, and only one person could blow it up. That sticks in my mind as a figure of, ‘Oh my god, if I ever have sex, I’m gonna get pregnant’ … They’ve drilled into us that ‘you have sex one time, and your life is gonna be ruined forever; you’re gonna have a kid, or you’re gonna have an STD’ because they never told you that [some STIs are curable].”

A senior science major who has never had sex before describes his sex life as decidedly “nonexistent.” He pointed to fear of pregnancy as a major reason for his voluntary celibacy: a volcel, one could say. However, for him, it is not just pregnancy itself — but also his indefinite financial inability to care for a real human child.

“With the amount of debt I have, I can’t afford a kid,” he said. “ … With the [state of wealth distribution and economy] where it is in this country, it’s like, how the hell am I supposed to afford to raise a kid if I can barely afford to pay my rent?”

He is not alone. In the United States, experts say the generational wealth gap has dissuaded young adults from having children as student debt and socioeconomic inequalities have only become more and more colossal over time.

Longing for the long-term relationship

While committed relationship sex is still a part of the sex recession, casual sex is suffering even more. Hookup culture could be contributing to this, as people are more likely to fool around in ways other than penetrative sex when with a hookup sourced from a musky fraternity basement.

“I see [sex] as the ultimate form of trust between two people,” the science major student said. “Am I a little [sexually] frustrated? Sure. But it’s not something that I’m willing to rush for the wrong person.”

A humanities major student finds that more and more college students seek long-term relationships rather than something casual.

“I think there’s lots of people who still wanna be in that long-term relationship type vibe,” she said. “Especially now, I feel like the higher you get up in college, the more people start coupling up to get ready to go into the world together … So it’s maybe prioritizing relationships over hookups.”

It is no secret that millennials and Gen Z are experiencing a mental health crisis. When asked if his mental health affects his dating and sex life, the science major student immediately responded with “absolutely.”

“I have confidence problems — intense ones — mostly because I have very low self esteem,” he said. “My mental health has definitely affected my ability to take compliments, to have optimistic views on any sort of relationship, prospect or anything.”

While this can be a net negative for young people, the expanding conversation on mental health has also had a positive impact on people, with voluntary celibacy being a constructive outcome.

Jules Grable, Butler’s sexual assault response and prevention specialist, has seen Butler’s growing no b*tches data firsthand. She believes the increasing prioritization of self-advocacy allows young people to set the boundaries of their own sexual path.

“[When I was in college,] there was this unspoken expectation that some sort of physical intimacy was expected in relationships, whether that relationship was five minutes through five years,” Grable said. “ … I think [now] there’s a lot more focus on creating a culture of self care, and part of that is knowing what your sexual boundaries are and being able to articulate them and have them respected by your partner. So I would like to think that by improving our overall mental health and wellness, we are improving our sexual health and wellness by transit.”

Grable also highlighted the uncertainty of how sex can be defined.

“A lot of the research that’s currently done is super cis heteronormative research,” Grable said. “ … Typically when we think of sex, we think penis-vagina intercourse. But there are so many other identities out there where penis-vagina sex doesn’t apply, but physical intimacy is still a thing, and those things are all sex.”

Finally, some college students have better things to do than bump uglies.

“School definitely has played a role [in my sex life] just because I’m busy all the time,” the science major student said. “ … The biggest reason I don’t have time [to seek sex] is just I need to study.”

He also focuses his time on his hobbies and extracurriculars.

The humanities major student believes clapping cheeks is a “peripheral” concern for many people compared to personal well-being.

“I think people are prioritizing their own needs above their wants,” she said. “Sex is more like a side thing. It’s like dessert. You don’t have to have it, but it’s fun to have.”

Young adults are focusing on developing their education and careers, friendships and personal growth. With these factors considered, they often do not have the time or energy to even attempt to get laid.

Ultimately, the humanities major has no judgment for all the virgins out on Butler’s campus.

“I know a lot more virgins than people who have had sex, which I kind of thought was surprising,” she said. “But I feel like also there’s no stigma around like, ‘Oh, you’re a 20-something-year-old virgin.’”

The science major advises peers to hang in there.

“If you’re [sexually unfulfilled] … just focus on something else,” the science major said. “Your time is going to come eventually … We’re in our late teens, early 20s. We’ve got plenty of time to figure it out.”

In the meantime, if anyone needs suggestions on what to focus on instead, ponder climate change. Contemplate the legality of abortion in Indiana. Dwell on Biden’s student debt relief plan. Anything but worrying one’s pretty little head about whether or not they happen to have sex.