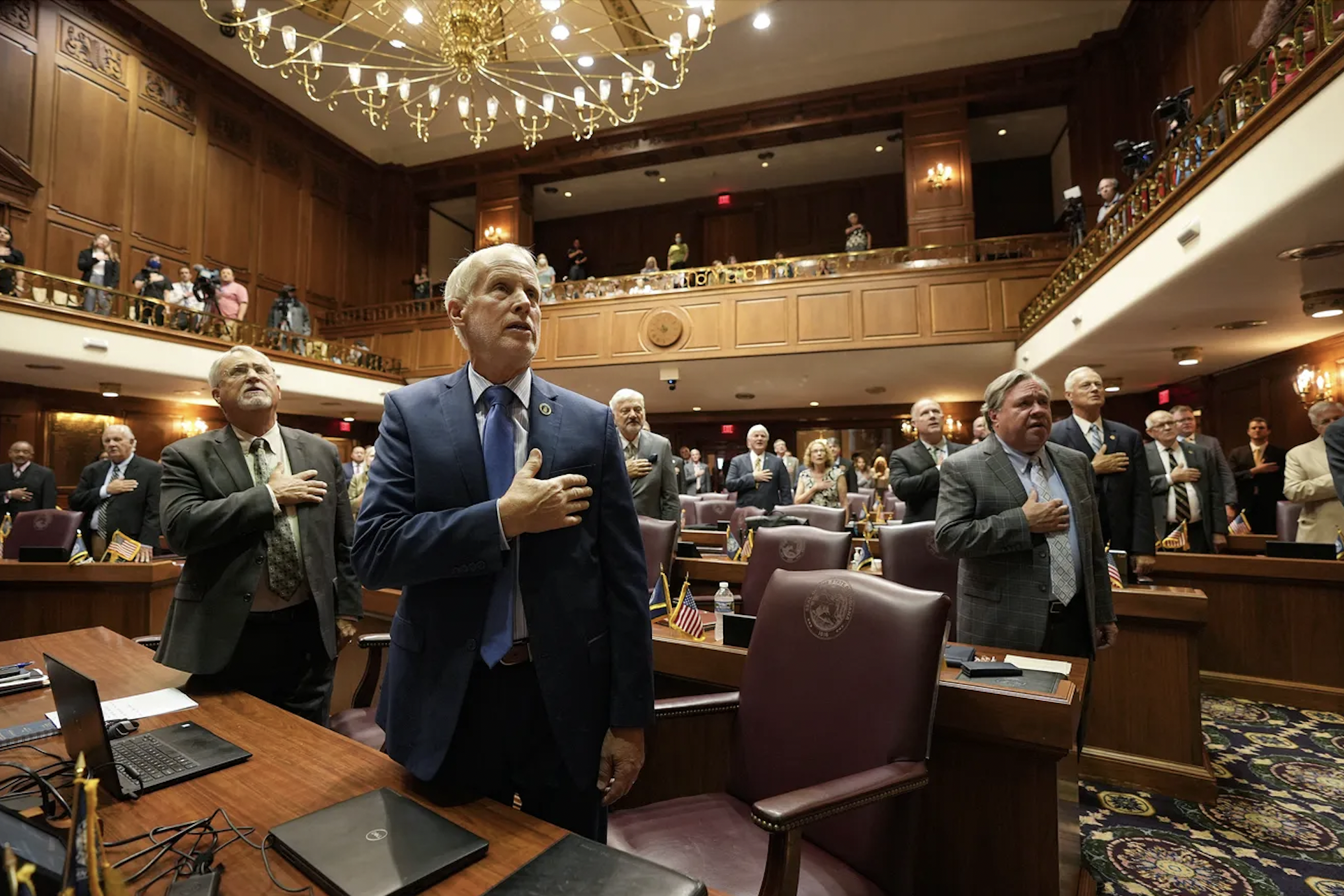 Senate Bill 1 was signed into law on Aug. 5.  Photo courtesy of Indy Star.

Governor Eric Holcomb signed Senate Bill 1 during a special legislative session last month. Senate Bill 1 places a ban on all abortions in the state with exceptions for rape and incest, as well as for pregnancies which threaten the lives of the mothers and in which the fetus has a fatal abnormality or condition.

The bill, which goes into effect Sept. 15, also calls for the revocation of doctors’ medical licenses if they perform an abortion which violates this law.

Planned Parenthood and the American Civil Liberties Union, ACLU, have filed a lawsuit against the state of Indiana saying that the bill violates the Indiana constitutional rights to due process and privacy, as well as equal privilege protection.

Katie Blair, advocacy and public policy director at the ACLU of Indiana, released a statement following the signing of SB1.

“Hoosiers have a constitutional right to privacy, and these deeply private, personal, and unique decisions should be made by women in consultation with their doctors,” Blair said in the statement. “What is right for one family may not be right for another.”

Butler University also sent out an email with resources and information about SB1, as well as counseling and spiritual options on campus for students.

Bulldogs for Life is a campus organization that advocates for the illegalization of abortion. Ningen and Severson believe that the bill does not go far enough, citing the incest and rape exceptions as the next steps the government should take to a full abortion ban.

“Every female and every person on this campus should know that [the law] could affect them at any point,” McFadden said. “Whether they are in favor of it or not or enjoy the way it’s going to affect them, it can and it will.”

Leading Women of Tomorrow has resources available on their Instagram page, and they stress the importance of researching policies and keeping up to date on what options are available as residents of Indiana.

“I think that [being a feminist] means something different for everyone, whether that be supporting through whatever means you see fit, but part of being a feminist is being educated on these issues and the repercussions of them,” Robinson said.

With the bill going into effect next week, the near-total abortion ban will affect people across the state. Given that the outcome of the Planned Parenthood and ACLU lawsuit is still unknown, the state sits waiting to see how and what changes will be made to healthcare for hoosiers.

The Butler Collegian will continue to follow this story.