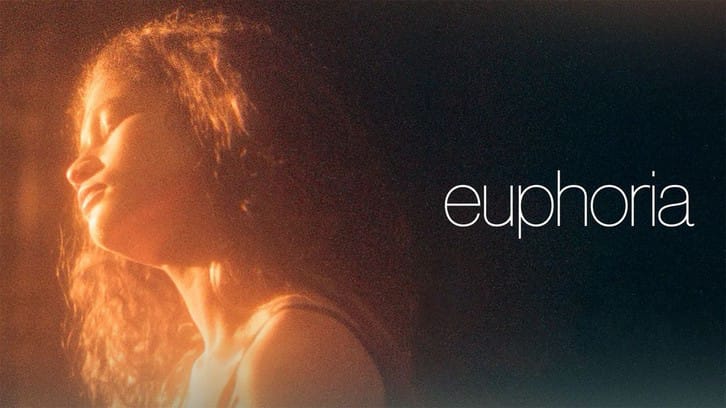 Season 2 of “Euphoria” released Jan. 9 with active discourse on its mature content in its portrayal of high school students. Photo courtesy of HBO.

A record-breaking 2.4 million viewers tuned in to the season two premiere of the hit HBO show “Euphoria” on Sunday, Jan. 9. The new season, like the first, arrived with no shortage of controversy and online discourse.

“Euphoria,” with ex-Disney star and current “Spider-Man” heroine Zendaya as its lead, is based on a 2012 Israeli show of the same name. It follows Rue — played by Zendaya — and her classmates as they navigate a tumultuous high school experience fraught with issues such as mental illness, drug addiction, domestic violence, and sexual expression.

While the show depicts such topics in a highly stylized manner, it does not shy away from potentially upsetting or disturbing imagery. However, “Euphoria” also goes to great lengths to support any struggling viewers. Every episode begins with the usual viewer discretion warning, and some season one episodes ended with a message encouraging viewers who need help to either text a designated number or visit a website that includes resources like the Partnership to End Addiction and the Trans Lifeline.

Furthermore, ahead of the season two premiere, Zendaya posted a message on Instagram reminding “Euphoria” fans of the show’s mature themes, stating that this season is “deeply emotional” and “deals with subject matter that can be triggering and difficult to watch.” She goes on to encourage fans to “take care of yourself” and “know you are loved.”

As was the case with the first season, season two has already sparked outrage among some critics and viewers. One article claims the show “aestheticizes the trauma it depicts” in a way that feels like “tacit permission for all our most irresponsible decisions.” Another claims that the show is superficial and relies on shock value and provocation for its appeal. Social media is also awash with discourse surrounding the show, such as multiple viral tweets that argue the show should have been set in college instead of high school to avoid ethical concerns in its depiction in minors.

However, some of these points of criticism are actually what draws certain fans to “Euphoria.” Emma Cushman, a senior chemistry major, is especially drawn to the show’s aesthetics and more shocking elements.

“I just like how visually appealing it is,” Cushman said. “It’s just really entertaining. There are so many shows about high schoolers, and they’re always portrayed a certain way, but ‘Euphoria’ portrays high schoolers in a way that is totally out of left field.”

Similarly, sophomore entrepreneurship and innovation major Kellen Newman sees the mature themes and real-life issues as a major selling point for the show, while still recognizing the dramatization of such issues.

“There are a lot more people who relate to certain stories than people actually think,” Newman said. “So in a lot of ways it’s giving a lot of people a voice that they didn’t even know they had, but of course it’s kicked up for dramatic effect.”

Cushman echoed this sentiment, pointing to episode 7 of season 1 that focuses on Rue’s depression as something in particular that viewers may be able to relate to and find some solace in.

Most fans are somewhat split on the debate surrounding the content warnings put out by the show and its stars. Gary Edgerton, professor of creative media and entertainment, recognizes how such messages can serve as an invitation to some younger viewers.

“Aren’t [messages like that] the ultimate catnip for a 13 or 14 year old who would want to get a glimpse at an edgier and racier kind of narrative?” Edgerton said.

Newman also agreed that the warnings may not do enough to deter young fans from tuning in to a show that might be too inappropriate for them.

“We’ve been watching [Zendaya] since Disney,” Newman said. “A lot of her fans do come from that younger generation, so I feel like a lot of people honestly just watch the show because of her.”

Still, most argue that the people behind “Euphoria” do nearly all they can to try to ensure the audiences they reach are mature enough to handle the show’s adult content.

“It’s not on ABC where five to six million people would watch it, and kids would have a much easier time seeing it,” Edgerton said, pointing out that viewership for the whole first season averaged around 500,000 people per episode. “You need an HBO Max subscription to watch it, so it is behind a paywall.”

Some fans also disagree with the sentiment that the show should take place in college instead of high school. Cushman argues that the universality of the high school experience is a big draw for “Euphoria” and compares it to another popular show made about, but decidedly not for, a certain audience.

“‘Euphoria’ is not necessarily for high schoolers even though it’s about high school, like how ‘Big Mouth’ is about kids going through puberty, but it’s not meant for teens since it’s so crude and shocking,” Cushman said, referring to the subversive Netflix comedy starring Nick Kroll and John Mulaney. “It’s supposed to poke fun at puberty because we all go through it, like how everyone goes through high school.”

“Euphoria” is certainly not the first time a television show has sparked this type of debate. In the 1990s and 2000s respectively, “My So-Called Life” and “Degrassi: The Next Generation” were both network programs about high schoolers that focused on similarly serious issues as “Euphoria,” such as homophobia, teen pregnancy and alcohol abuse, albeit in a significantly less explicit way.

“Euphoria” may also serve as an indicator of a shift in HBO’s demographic target, a notion furthered by the recent “Gossip Girl” reboot and the even more recent announcement of a “Degrassi” reboot hitting HBO Max in 2023. Edgerton sees these shows as a way for HBO to expand their audience while still maintaining the level of prestige they’re known for.

“I would say HBO’s core demographic is probably about 25 to 54, but ‘Euphoria’s’ target is probably 12 to 29,” Edgerton said. “HBO shows are this sort of high-end, exclusive programming, but they’re going to have to appeal to more viewers than they ever did before, and they’ve done a pretty good job so far.”

New episodes of season two of “Euphoria” premiere on HBO Max on Sundays at 9 p.m.