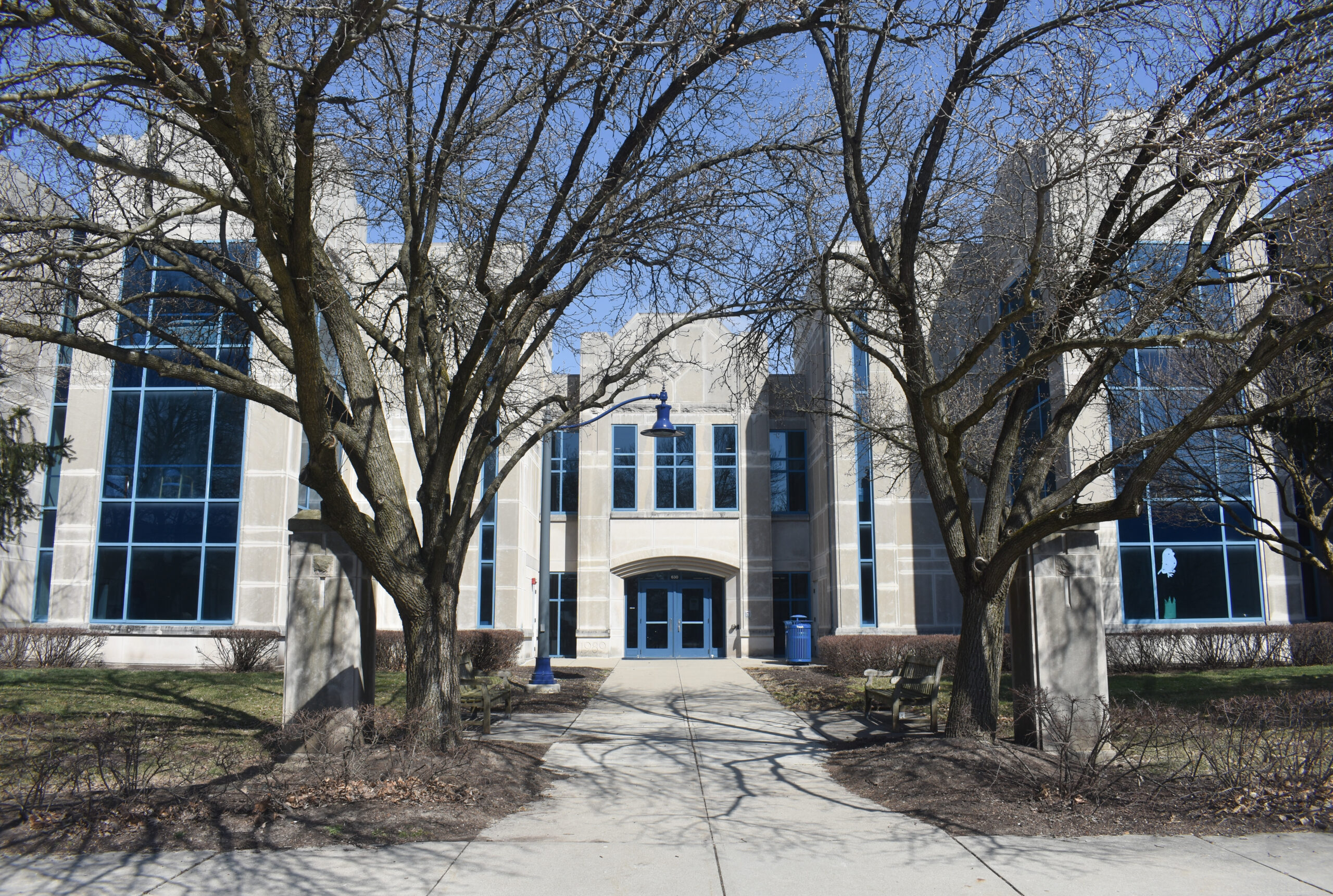 Pictured is Residential College dorms. Recently, there was a town hall over the upcoming construction of ResCo. Photo by Lauren Jindrich.

Graves initially proposed the idea of a town hall to talk with students about the upcoming renovation and worked with the student-led Food Advisory Council to make the event a reality.

Ava Laufersky, first-year elementary education major, is the current head of the Food Advisory Council and said she hopes to see more student involvement in the development of plans for the new ResCo dining space.

“If students want more of smaller sections … like have a food court type of situation, they can have more of a food court,” Laufersky said. “Or if there’s other food choices, if you want an ice cream bar, well we can see if we can add that. So figuring out what students want and diversifying the food that is here on campus.”

Bon Appétit sent additional staff members to listen to student concerns, including their senior marketing manager and dietician. Other organizations on campus had representatives at the event as well, including students involved in the Student Government Association.

Abby Fulton, first-year political science major, is the current first-year senator for SGA and a member of the University Life Committee. Fulton said she hopes first-year students will be able to have an influence in the new space because of their frequent use of the ResCo dining option.

Students responded to Graves’ questions about their hopes for the new space with requests for expanded dining hours, including more late-night options, franchised restaurants within the space, more indulgent options and food choices that differ from those already available on campus.

Both sophomore psychology major Carissa Boettcher and sophomore human communication and organizational leadership major Raleigh Brown said they felt optimistic about the changes and options discussed at the town hall.

Boettcher said she wanted to see more robust dining options outside of those in Atherton Union. Boettcher also said she would like to see the space in ResCo optimized simply because it is more convenient than other dining locations for some students.

“It’s just easier to walk to, at least from Fairview,” Boettcher said. “Like it sounds silly. But it’s like, if it’s raining or something, I’d rather go to ResCo than Atherton.”

Laufersky said she hopes students will continue to give their input on changes in ResCo through a survey created by Bon Appétit and the food advisory council.