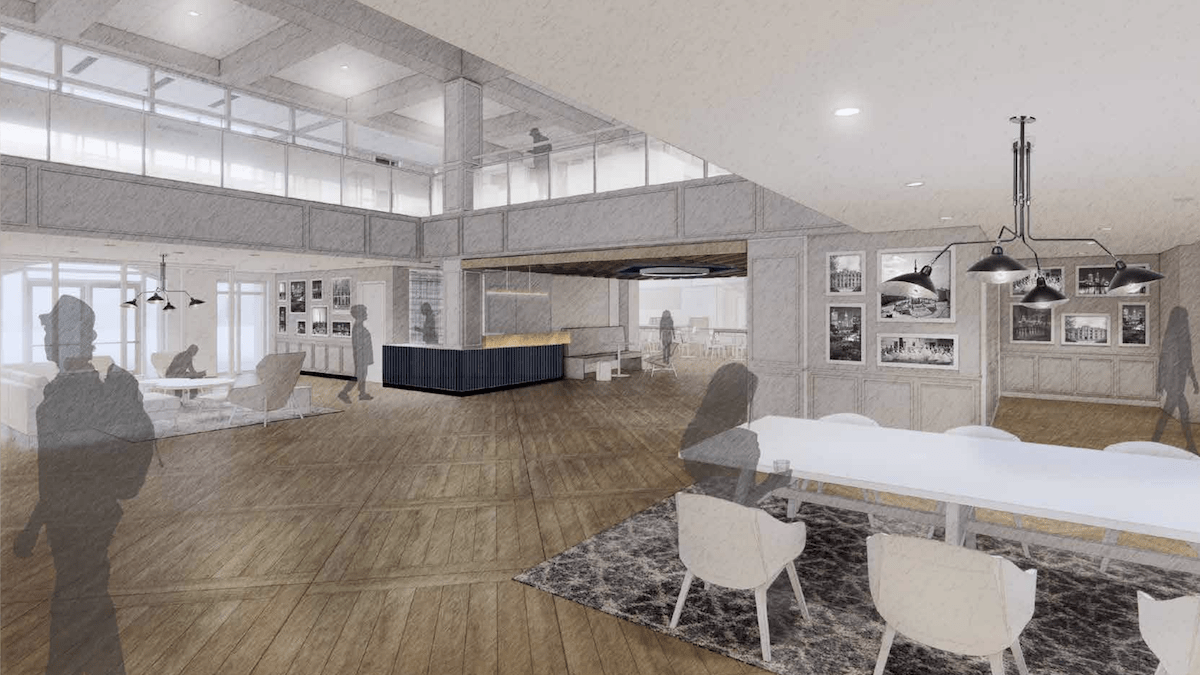 Individual rooms as well as common areas, including the lobby and dining hall, will be renovated starting this year. Photo courtesy of stories.butler.edu.

Residential College, built in 1988, has been home to many students at Butler University. After more than 30 years, the building as a whole is under contract to get a remodel.

Bruce Arick, vice president for finance and administration, said this plan was devised and then approved in February of 2020. Unfortunately, COVID-19 put these plans on hold.

“Multiple people were involved in the making of this decision,” Arick said. “The Board of Trustees, Residence Life and Student Affairs all had a say in the process of approval. Vice President of Student Affairs Frank Ross and his team particularly did much of the planning and designing for the renovation of Resco.”

The renovation will begin with the remodeling of all rooms in Resco to match 18 suites that were previously updated in 2019. Arick said they are not just doing a cosmetic fix but also remodeling parts of the infrastructure, such as the replacement of windows throughout the building.

“Majority of the renovations will be on the interior of the building,” Arick said. “This includes student rooms, bathroom, hallways, lounges, the lobby and the dining area.”

Arick said they are also planning to take advantage of the courtyards for student use as they have at Irvington House and at Fairview House.

“We plan to start as soon as students move out in May and hope to have all the rooms done by August for students to move back in,” Arick said. “During the school year, there will be little construction activity so as to not disturb student life. Then, in the summer of 2023, the dining area and common spaces will be the main focus.”

Arick said funding came from a combination of capital reserves put aside for Resco and an investment from Bon Appetit.

First year environmental studies major, Caroline Krause, said she wanted to live in Irvington, but as time went on, she found Resco to have more of a homey feel and comforting vibe.

“I am excited to see the remodel, but I think it will be weird to not be able to see our freshman year home in the future,” Krause said. “It will be the same building, but it will definitely feel different.”

First year sports media major, Isabel Villanueva, said she was excited to see the plans for the renovation, but a little disappointed that she will not be living in Resco when it is finished. She said, however, it will be nice for incoming freshmen who get to experience the newly renovated rooms.

“I’m most excited to see the updates they will make to the Resco dining area and lobby,” Villanueva said. “I’ll definitely be coming back next year to see the changes and continue eating in the dining hall.”

According to Butler, Resco’s renovation is expected to be complete by the end of 2023.