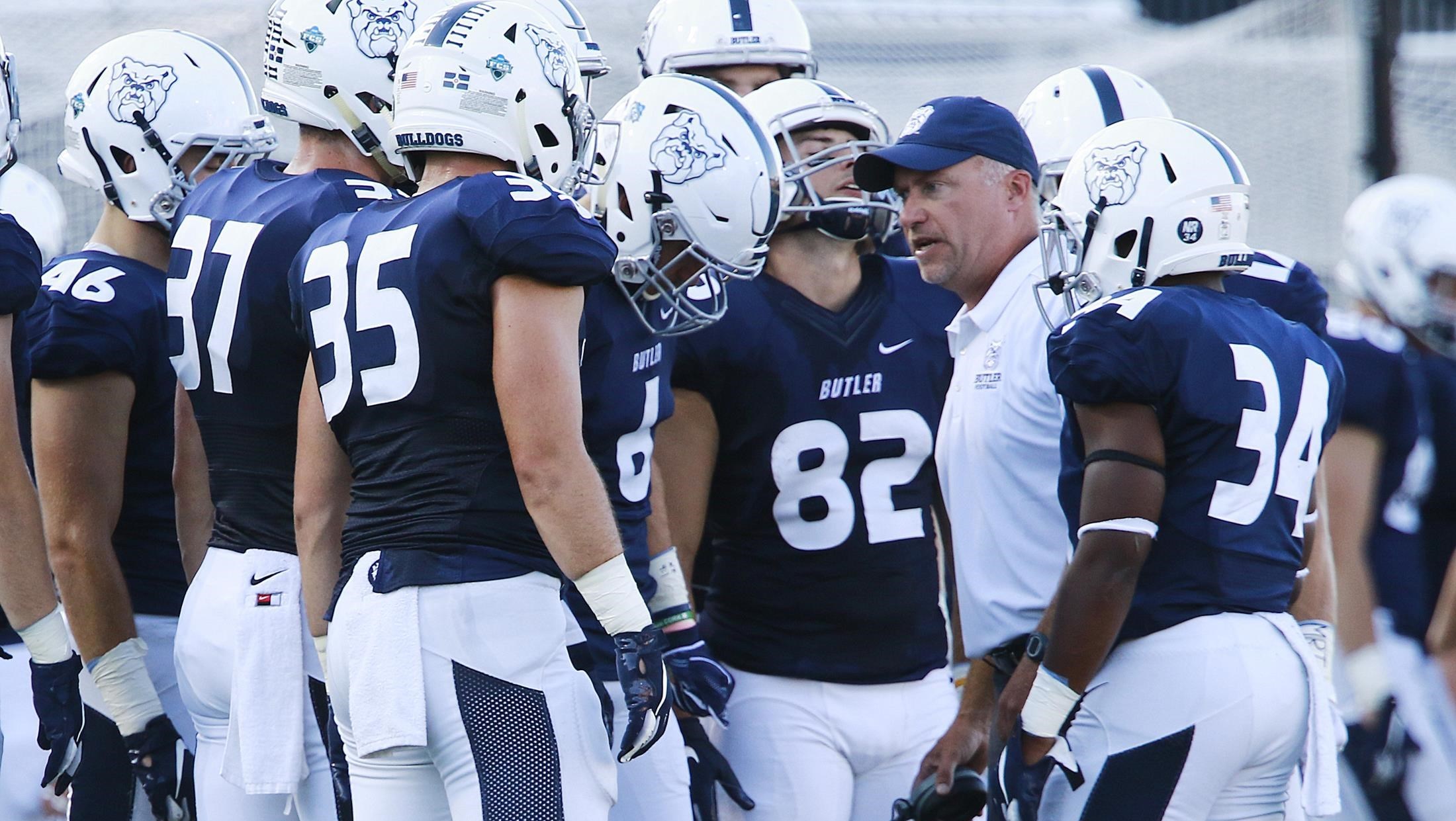 Butler football head coach Jeff Voris announced his resignation on Monday after 16 seasons with the program. Voris earned PFL coach of the year in back-to-back years in 2011 and 2012. Voris also led the Bulldogs to the PFL championship in 2013. Photo by Brent Smith.

The 2009 campaign was regarded as the most successful football season in Butler history as Voris led the Bulldogs to an 11-1 season. The 11 wins set a Butler single-season record and Voris was named PFL Coach of the Year.

Voris earned his second PFL Coach of the Year Award in 2012 as the Bulldogs went 7-1 in PFL play — along with a conference championship.

The Bulldogs appeared in their first ever NCAA Division I Football Championship in 2013 under Voris while also winning the PFL.

In 2018, Voris’ Bulldogs beat No. 24 Youngstown State 23-21 in what was said to be one of college football’s biggest upsets.

He also mentored quarterback Matt Shiltz to 2015 PFL Co-Scholar Athlete of the Year honors. Shiltz has been a key player for the Montreal Canadian Football League over the past couple seasons.

During Voris’ last season, the Bulldogs broke a team record for points scored in a single-game after their 77-24 victory against Taylor University.

In his resignation letter, Voris reflected on his over a decade and a half with the program.

“It has truly been an honor to have been the head football coach at Butler University,” Voris said. “There is nothing quite like walking into Hinkle Fieldhouse every day, and after 32 years in coaching including 16 at Butler, our family is ready to open a new chapter. Wherever this new path takes us, our family will always cherish having been part of the Butler community”.

Following Voris’ resignation, defensive coordinator Joe Cheshire has been named interim head coach for the Bulldogs. Butler will begin a national search for their next head coach of its program.