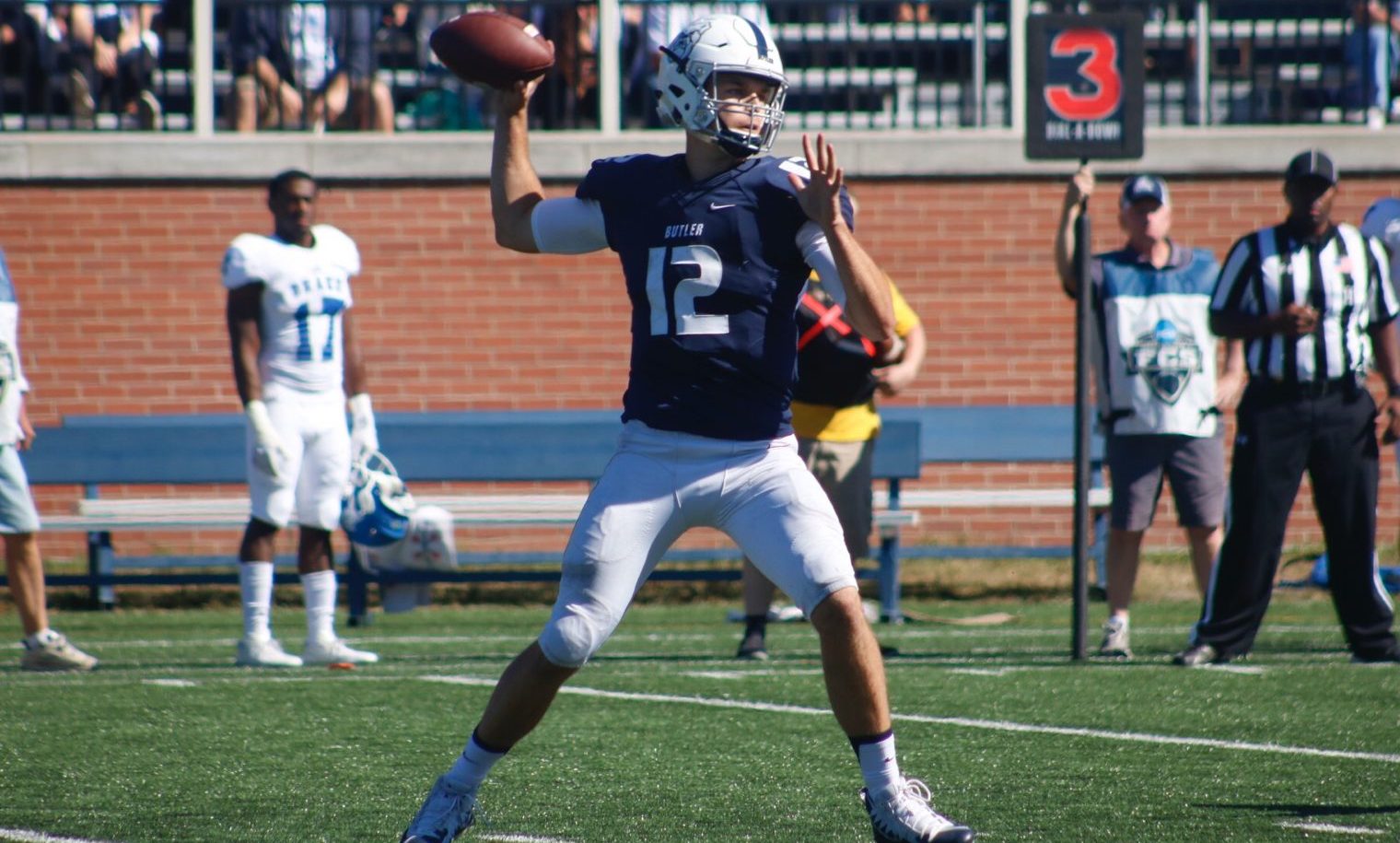 The Butler University football team began the 2018 season with a 23-21 win over No. 24 Youngstown State University on Sept. 1.

Butler started the game strong, with a forced three-and-out on defense followed by a 1-yard touchdown run on a quarterback keeper by redshirt senior quarterback Will Marty. A 31-yard catch and a 28-yard catch by senior receiver Pace Temple in the span of three plays put the Bulldogs in position for the score.

Neither team would make any indentations on the scoreboard in the second quarter. Butler forced two turnovers in the quarter, a fumble recovery by redshirt freshman defensive end Mickey Kane and a turnover on downs punctuated by a tackle for no gain on fourth and one by junior linebacker Mason Brunner.

Youngstown State took control of the game in the third quarter, with two touchdowns that gave them a 21-7 lead heading into the final frame.

Down two scores with one quarter to go on the field of a ranked opponent, the Bulldogs weren’t done yet.

A methodical drive down the field yielded a 6-yard Temple touchdown catch from Marty with nine minutes remaining, bringing Butler to within seven points.

Two Youngstown State punts with a Butler punt in between brought the game down to its final three minutes.

It took less than two of those minutes for Butler to respond. Three consecutive completions from Marty to Temple set the Bulldogs up inside the 20. A 12-yard touchdown catch by redshirt junior tight end Sam Yeaton two plays later brought Butler within one.

Rather than attempt to tie the game with an extra point, Butler opted to go for two points, which they couldn’t convert. The Bulldogs were then down by a point with a minute and twenty seconds left.

After three plays, Butler found themselves at Youngstown State’s 27-yard line. Bevelhimer converted a 44-yard field goal with four seconds remaining to give Butler their first lead since the first quarter.

The Bulldogs held on through the ensuing kickoff to notch their first victory of the season.

Temple ended the game with 14 receptions for 167 receiving yards, a touchdown and a crucial onside kick recovery.

Butler moved to 1-0 on the season and will travel to Upland, Ind., to face Taylor University in their next game on Sept. 8.