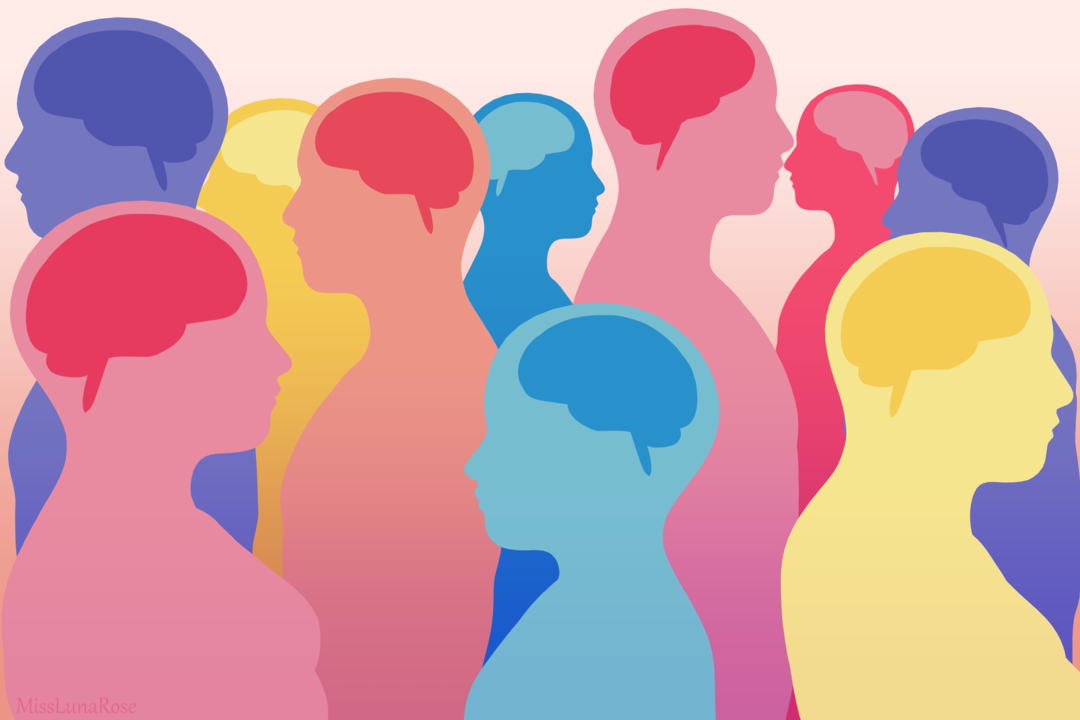 An artistic representation of neurodiversity. Graphic created by MissLunaRose12.

As issues of diversity, equity and inclusion have come to the forefront of conversation at Butler, the voices of neurodivergent students have too often been ignored.

Neurodiversity is defined as any mental or neurological functioning that differs from what is considered the norm and usually refers to neurodevelopmental disorders such as autism, ADHD and other learning disabilities. It is worth noting that some experts consider mental illness to fall under the neurodivergent umbrella as well, although autistic people tend to face unique barriers in education.

Many barriers for autistic students can be found in the classroom, from issues with academic accommodations to more systemic problems, such as ethics behind grading. These barriers are often problematic for neurotypical students and are even more so for neurodivergent students who often have different energy needs or may have difficulty focusing for long periods of time.

Sarah Blade, a junior biology and classics double major, is a neurodivergent student who has struggled with these barriers throughout her educational career.

“In my opinion, education is designed for neurotypical people, not for neurodivergent people,” Blade said. “I’ve had teachers where I’m like, ‘can you please [make a certain accommodation]’ and they say ‘I think that’s a you problem.’”

Blade also identifies the issue with “weeders,” which are required classes that are often quite difficult. The purpose of these courses is to eliminate students that are deemed not serious or smart enough to continue their current major or track.

“I’ve had professors who were teaching ‘weeders’ and are like, ‘I’ve been teaching this for 20 years,’ and I think ‘you’ve been teaching a ‘weeder’ for 20 years and you don’t realize it’s like the least equitable thing in the universe?’” Blade said. “I think I would have been a fantastic doctor but I’ll never know because I was weeded out, not for not being serious about it, but for not being neurotypical.”

Accommodation issues and “weeders” are just some of the academic problems that neurodivergent students might face. Strict deadlines and professors who are unwilling to post presentations and even grades are all practices that can be unfairly harsh to neurodivergent students who may have different needs than their neurotypical peers.

Not only do neurodivergent students face academic barriers, but they also are often pushed to the wayside in discussions of diversity, equity and inclusion.

Laura Vandermeulen, a junior sociology and French double major and the president of Advocates for Autism, cites the lack of representation of neurodivergent students as a group as an issue.

“We don’t get proper representation in DEI settings,” Vandermeulen said. “We have to do an uphill battle with [the Diversity Center]. They don’t recognize our marginalization… they don’t invite us to be on a coalition about underrepresented groups.”

The stated purpose of the Efroymson Diversity Center is to serve “as an open and inclusive symbol to the Butler campus that fosters contributions of intercultural engagement, support, guidance, and a home to the Butler community committed to diversity, equity, and inclusion,” and yet there is no space explicitly dedicated for neurodivergent students in the Diversity Center.

Blade also said that she feels that she doesn’t belong in the Efroymson Diversity Center.

“I’m terrified of invading spaces not meant for me,” Blade said. “Since we don’t have a designated space and since we don’t have any real support from the Diversity Center, I keep feeling like, ‘Is that our space? Are we allowed in there? Or is it going to look like we’re stepping on people’s toes?’… For us to not have a space where we can go, it feels very isolating and frustrating.”

This isn’t the only instance of neurodivergent students not being welcomed in spaces dedicated to diversity at Butler.

Dawg Days is a pre-orientation program at Butler that “strives to build a supportive network of students from diverse backgrounds and identities including students of color and members of the LGBTQIA+ community.” Vandermeulen said that her suggestions for the Dawg Days program — as well as her application to be included in the program — were ignored by the Diversity Center.

“I emailed [the Diversity Center] saying ‘Here’s some feedback for next year. Why don’t you open up and explicitly say disability [is welcomed at Dawg Days]? I never got a response,” Vandermeulen said. “I never got a decision [about my application for Dawg Days]. Then in early August, I emailed [the Diversity Center] like, ‘Hey, just wanted to follow up [on the application]’ and then [they never] got back to me.”

These issues within the Diversity Center could be due to it being understaffed and without a director for an extended period of time, but neurodivergent students should still be a priority. Neurodivergent students deserve to have a space at Butler where they are welcome and should have the same access to peer support as other marginalized students.

Madison Morrett is a staff therapist with Butler’s Counseling and Consultation Services who has experience working with autistic people as well as people with ADHD and other neurodevelopmental disorders. Morrett claims that this type of support is imperative for neurodivergent students to have during college.

“What we see in the research, what we see in the literature and what we hear from students is [that] peer support is the number one predictor of college students who are autistic and/or neurodiverse… having a good college experience,” said Morrett. “There are so many different college-based programs that campuses do [to support neurodivergent students], but really the number one is peer support and the number two is caring, understanding and informed faculty and staff. If we could put our effort into those two things, students on our campus would feel heard, understood and supported.”

Every neurodivergent student at Butler deserves to have their opinions and concerns heard, especially by the group that is supposed to be supporting marginalized students. The problem isn’t that neurodivergent students aren’t speaking up, it’s that the Diversity Center — which should be advocating for them — isn’t listening.

Blade feels that autistic students specifically are ignored when they speak up on these issues simply because they are autistic.

“I think a lot of infantilization of autistics plays into [them being ignored],” Blade said. “There are so many people, where you tell them, ‘I am autistic, this is what I think,’ and there are neurotypical people who are like ‘but we know better than you.’”

Autistic people have their agency stripped away from them in conversations of diversity, equity and inclusion because they are incorrectly seen as not having the mental capacity to handle the complex issues that face their community. This is blatantly ableist, dehumanizing and false, and it is a sentiment that regularly excludes autistic people from discussions of diversity, equity and inclusion.

Morrett said she thinks that much of the stigma and misinformation surrounding neurodiversity comes from psychology.

Butler clearly has systemic issues with neurodivergent students that it needs to work on. Morrett has some suggestions as to what the university can do to support them.

“I think the number one thing that [faculty and students] can do is just listen and giving students a platform to be heard,” Morrett said. “It can be super easy for professionals like myself… to create things that we think might be helpful in breaking down barriers or creating services or systems or supports that we think might be helpful, but if we’re not coming from a neurodivergent place ourselves those can be well-intended but miss the mark.”