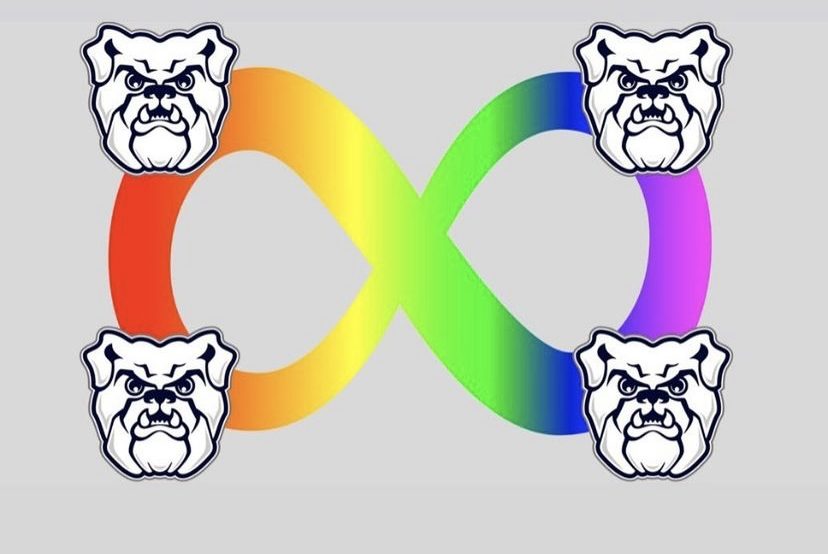 The decision to invite Autism Society of Indiana to the 2021 Big Dawg Career Fair as a potential employer caused concern for some students on Butler’s campus. The organization’s values are part of a larger conversation concerning the medical identification of autism.

The issue of Autism Society of Indiana’s prescence at the Big Dawg Career Fair was brought to the attention of the president of Advocates for Autism, junior sociology and French double major Laura Vandermeulen. During a meeting on Monday, Sept. 13, Vandermeulen was informed that the Autism Society of Indiana backed out and decided not to be present at either the in-person or virtual Big Dawg Career Fair events.

Autism Society of Indiana, ASI, is a nonprofit organization and a leader in the promotion of awareness and knowledge of autism through education, advocacy, information and service referrals. The organization’s mission is to ensure that every individual and every family affected by autism in the State of Indiana receives the high-quality services they deserve.

Under their Autism Facts and Statistics section, ASI states that autism is “treatable – not a hopeless condition”, “Currently there is no cure for autism. But with early intervention and treatment the diverse symptoms related to autism can be greatly improved and, in some cases, completely overcome.” The usage of words like “treatable,” “condition,” “symptoms” and the idea that there could be a “cure” or it can possibly be “overcome” can be problematic considering the historic treatment of disabled individuals.

Autism Spectrum Disorder is a developmental disability that can cause significant social, communication and behavioral challenges. Autistic people may communicate, interact, behave and learn in ways that are different from other people. Autism is similar to ADHD or Tourette’s Syndrome in that it is a disability and a different variation of the way the brain works. You cannot get rid of autism, it is not treatable as it is not a disease.

Vandermeulen said she was not surprised that an organization like ASI had been invited to campus.

“I saw the puzzle piece in their logo on Handshake,” Vandermeulen said. “And I was like… this doesn’t look like a good sign. And I was disappointed and troubled. And I felt the need to tell my exec team to make sure that we could move forward and get this out as soon as possible.”

Advocates for Autism was not consulted in considering the potential impacts of inviting an organization that provides services for autistic individuals. Sarah Blade, a junior biology and classics double major, found out ASI was being invited to the fair from Instagram.

On Aug. 21 of this year, Butler University’s Advocates for Autism made a statement on Instagram as well as a few stories stating their concerns about ASI and their message and values. On Aug. 31, after contacting Career Services, the president and vice president of Advocates for Autism as well as a representative from Student Disability Services, SDS, met with the senior director of the Career and Professional Success office, Gary Beaulieu, to address their concerns.

In this meeting, they were told they would hear back from him early in the week of Sept. 6. But by Thursday, Sept. 9, vice president of Advocates for Autism, Madelin Snider sent an email to Beaulieu, who then told her that he’d like to speak to them again the week of Sept. 13. Snider said Beaulieu did not mention if he’d be discussing his decision.

Scott Sinclair, a senior actuarial science and statistics double major and the treasurer of Advocates for Autism, said he found out about ASI being invited to the Big Dawg Fair during a meeting at Starbucks.

“We were looking up organizations that would be present at the Big Dawg career fair,” Sinclair said. “…we looked up who the organizations were, and we found this organization called ASI or Autism Society of Indiana. …we looked up what their information was, what their past history was and what they stood for. They had some broad generalizations on their website, but then if you dug deeper, you saw that they had a list of ABA centers that they would refer their clients to.”

ABA stands for Applied Behavioral Analysis and it is one of the first things listed under ASI’s resources for those recently diagnosed with autism. The primary goal of the therapy is to change the autistic person’s behavior. There is a large debate in the autistic community about whether ABA is effective or even ethical, as it utilizes aversives.

Blade also stated her feelings about the fact that Advocates for Autism was not approached.

“I feel like in society, we sort of have this culture of not listening to autistic people, or just assuming that like, every autism organization is good,” Blade said. “…it just felt weird to me that we have a campus autism organization and no one like thought to ask like, ‘Hey, this is a good organization, right?’ …[And] even like when we said, ‘Hey, this is concerning,’ I feel like the actions have been very slow, which has been disappointing.”

Some autistic students have voiced their frustration about not being consulted in the decision to bring the group to campus. Sinclair voiced his concerns about ASI being invited to campus and that it’s an unfortunate situation, but he understands how this situation came to be and why Beaulieu might need more time to decide.

“Because of the whole debate and the controversy surrounding this entire situation, it makes sense why maybe the decision would take longer than it has,” Sinclair said. “I mean, if he could give us a little bit more information, such as communication as to what specifically he needs more time with,… it’d be helpful, but I understand why he’s taking a long time and it’s also an indication that he’s taking it seriously, which I think is also a very important and good thing.”

Before ASI decided not to attend the Big Dawg Career Fair, Advocates for Autism planned to peacefully protest.

“I guess I just want this situation to be kind of an example for the university overall of how they need to be more diligent around like how they’re interacting with disabled people on campus and how they think about disabled people on campus,” Snider said. “Because they might think that we’re just okay with what’s going on… but we see the problems at the university and we’re going to do whatever we can to fix them.”