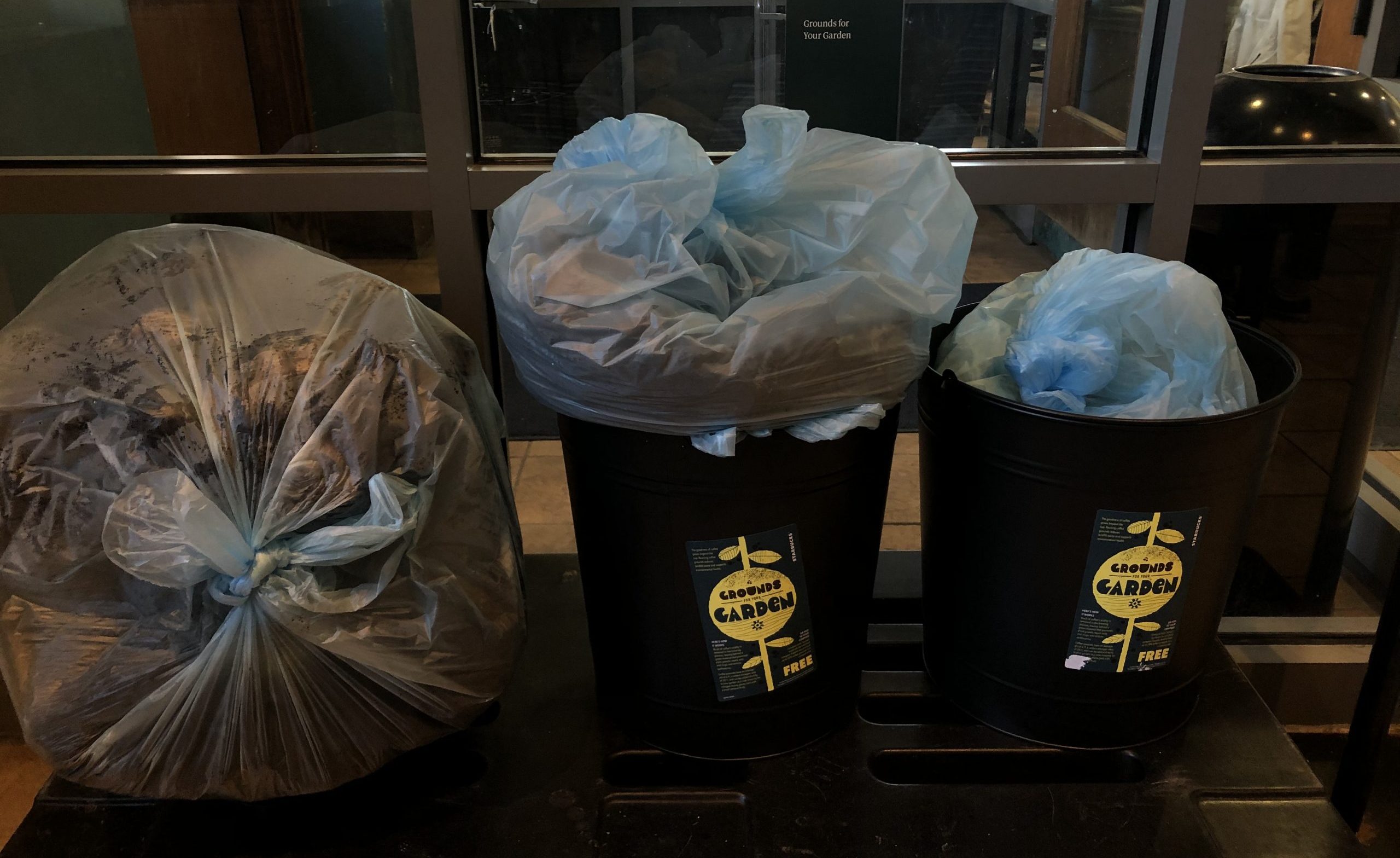 Since becoming the on-campus dining provider in the Fall of 2019, Bon Appetit Dining Services has been trying to decrease their environmental impact. The company already implements the Farm to Fork initiative, using only locally sourced food from farms within a 150-mile radius, that have 5 million or less in sales and are independently owned and operated.

Since this push has decreased the carbon impact by shipping produce locally instead of nationally, Bon Appetit staff is trying to shift their attention to controlling food waste.

Katy Maher, a dietitian employed by Bon Appetit at Butler University, is working to implement sustainable practices into the dining facilities around campus, and worked very closely with the Farm to Fork project.

“We label our menus so you can see where the food is coming from,” Maher said. “Over 20% of the food served on campus is from local farms.”

Butler’s central location in Indianapolis makes this possible for Bon Appetit. One main part of controlling this is to compost organic matter instead of throwing it away.

Atherton Union’s dining hall saves the food that they do not serve to students and partners with the Center for Urban Sustainability in a program called the Food Recovery Program. CUES partners with The Julian Center, a domestic abuse treatment center in Indianapolis, and brings unserved food from lunchtime and dinnertime meals from Atherton Union to be served for free.

In addition to partnering with the Julian Center, Bon Appetit also actively composts their food scraps. The compost from the dining hall in Atherton Union is then made available to local or on-campus farms. This process, however, happens behind the scenes in the kitchen.

“I did not know that Bon Appetit composted their food scraps,” said Hoke, “But I love that and I love compost— I introduced my family to composting when I was in high school.”

Mandy Rentschler, Bon Appetit marketing manager, is working to spread the idea of composting throughout the student population.

“Students really aren’t aware of what they can compost and what they can’t,” Rentschler said, “so we can’t really implement these new sustainability pushes until we educate them on what they can do.”

To make future ideas more likely to be effective, the Bon Appetit team is trying to find out what students want to know the most about regarding their food in order to make students more aware of what they can do.

On Feb. 26, Lily Gross, a Bon Appetit fellow, is coming to Butler University in order to begin that process and learn what the students here feel they don’t understand. Her job is to travel to colleges across the country that Bon Appetit provides dining services for to talk about sustainability within their respective dining facilities. When she is on Butler’s campus, she plans to run short food waste courses, work with the Butler farm and meet with various organization leaders to talk about their environmental impact.

“Interacting with students in this way will help us reevaluate how we communicate to students what they know and what they don’t,” Gross said.

Once this process takes off, Bon Appetit hopes to have a better grasp on how to take even bigger strides in the push towards sustainability. The company said it hopes to push a new composting initiative that will have large and positive effects over time. For now, Bon Appetit is beginning to push the importance of composting in the Starbucks inside Atherton Union.

Next to the Starbucks condiment table there are three plastic bins under a sign that reads “Grounds for your Garden,” that appeared on campus around Feb. 10. Inside these bins are plastic bags filled with coffee grounds that decompose into nutritious compost for soil. At the end of each day, there are more bags added with the day’s coffee grounds in them.

Piper Fernwey, sustainability support manager at Bon Appetit, is working with Maher to lead the charge towards sustainable dining at Butler University.

“These bags of coffee grounds are available for anybody to take and can benefit gardens of all sizes,” Maher said, “and it’s been a challenge [to spread awareness of these projects] since we took over Butler dining.”

In order to spread the word about the composting initiative throughout the student body, Bon Appetit is hoping to teach through word of mouth and example in addition to speakers such as Gross coming to teach.

“Students involved in Greek life can share these sorts of things with their sisters or brothers and raise awareness towards our initiatives in the process,” Rentschler said. “Another example of this could be if you’re spending time with your friends and there are a bunch of orange peels on the counter, just stop and pick them up to take to us to compost instead of throwing them in the garbage.”

Currently, the “Grounds for your Garden” project is exclusive to the on-campus Starbucks, but Bon Appetit hopes to be able to extend it to the Business Building Cafe and to provide places for students to compost their food scraps in the dining halls as awareness spreads.

“We don’t do the whole process, with brown matter and all that, but this still benefits the environment in multiple ways since it provides composting food scraps to local farmers and cuts down on our food waste,” Maher said.

Maher said she hopes to have more compost bins in the dining halls by Fall 2020.

There is a food waste audit on March 24 that will give Bon Appetit a more clear idea of whether or not food waste has decreased significantly since last semester.