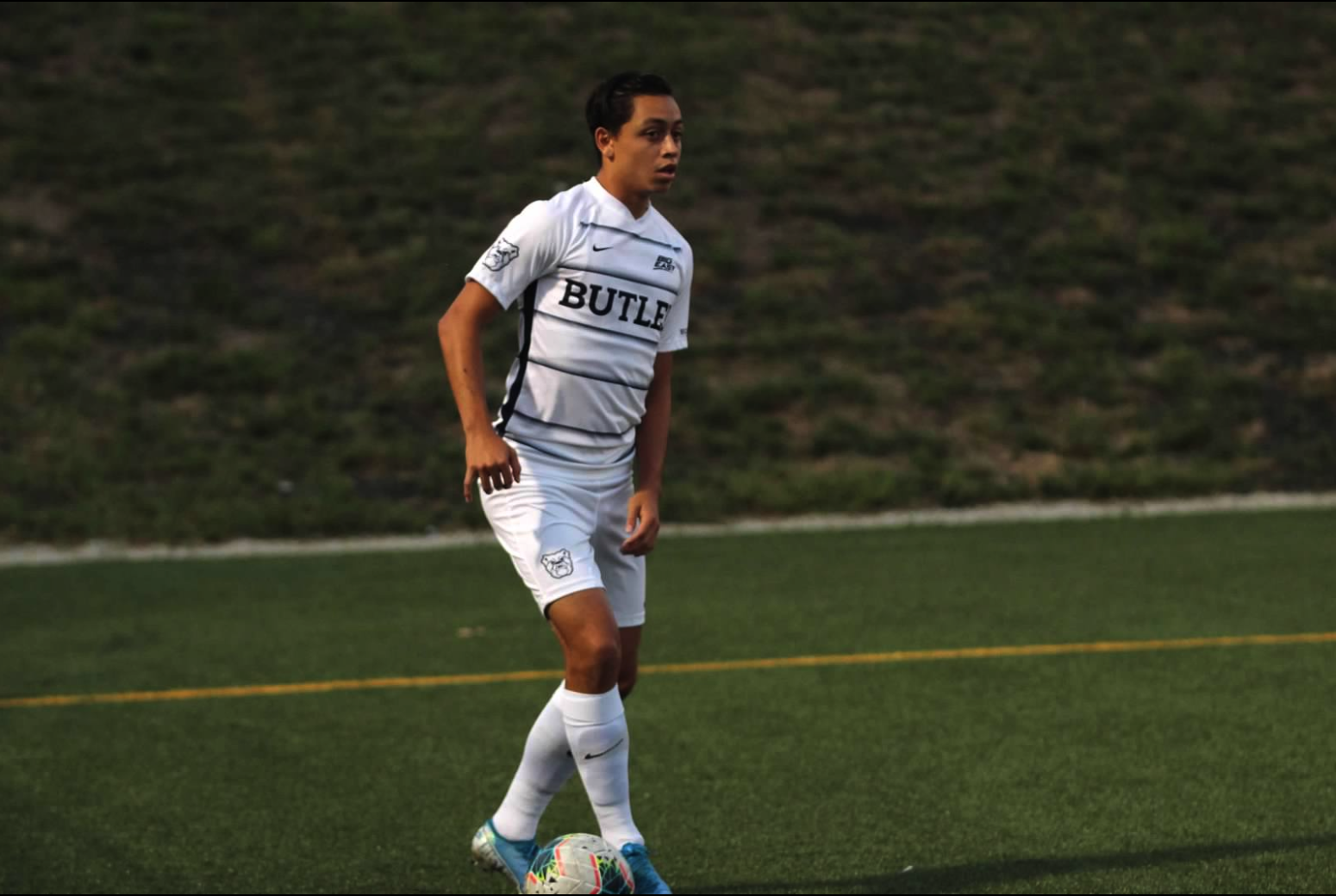 Wilmer Cabrera Jr. controls the ball during a game this season. Cabrera Jr. and the Bulldogs had only four shots in the 3-0 loss to the Georgetown Hoyas. Photo by Chandler Hart/Collegian file photo.

The Butler men’s soccer team fell to the Georgetown Hoyas on Sept. 21 by a score of 3-0. After an evenly matched first 45 minutes, the No. 3 ranked Hoyas scored in the first two minutes of the second half and never looked back. They scored two more goals en route to a convincing defeat of the Bulldogs. Georgetown’s Jacob Montes scored goals three and four of the year as the Hoyas remain undefeated and Butler falls to 3-3 on the season and 0-1 in Big East play. We go beyond the box score of a dominating defeat.

1. Butler struggled with opportunities yet again.

Opportunities were a problem for the Bulldogs again against Georgetown. Forget for a moment that Georgetown had 14 shots to Butler’s four. The Bulldogs struggled to string passes together in Georgetown’s third of the field and it resulted in almost zero clear cut opportunities to put the ball in the net. The best opportunity for Butler came off a set piece just outside Georgetown’s 18-yard box late in the second half, but that shot hit the crossbar for midfielder Jack Haywood. Ultimately, Butler got dominated in the midfield resulting in an inability to turn possession into opportunity because they couldn’t get control of the middle of the field throughout the match.

Brandon Guhl, Butler’s leading scorer, returned to the starting lineup after missing the match against SIUE but was on and off the field getting treatment on the sideline. Butler only got four shots all game and none of them were on frame.

2. Possession in the final third has to be better.

The Bulldogs struggled to simply get shots against the Hoyas, which was a result of Butler’s inability to hold onto possession and string passes together. The majority of Butler’s action in Georgetown’s final third came from long balls over the top from Butler defenders that often resulted in a change of possession. It was rare that the Bulldogs put together three or four passes around Georgetown defenders limiting the pressure Butler’s forwards could put on the Hoyas backline. For the Bulldogs to get consistent chances of putting the ball in the net, the possession across the entire field, but specifically in the midfield and final third, needs to be better.

3. Not a great start to Big East play

Butler’s loss to Georgetown was the first game of Big East play. The beginning of Butler’s conference schedule is not easy in its own right and is sandwiched between games against Indiana and Akron. The Bulldogs take a break from conference play to battle the Hoosiers but then return to play a top 10 team in St. John’s. Since the beginning of last season, Butler is 2-8 in Big East play. They start this year 0-1 and sit with three other teams at the bottom of the conference with zero points through the first night of action. Georgetown and St. John’s captured three points on the first night along with Creighton and Providence.