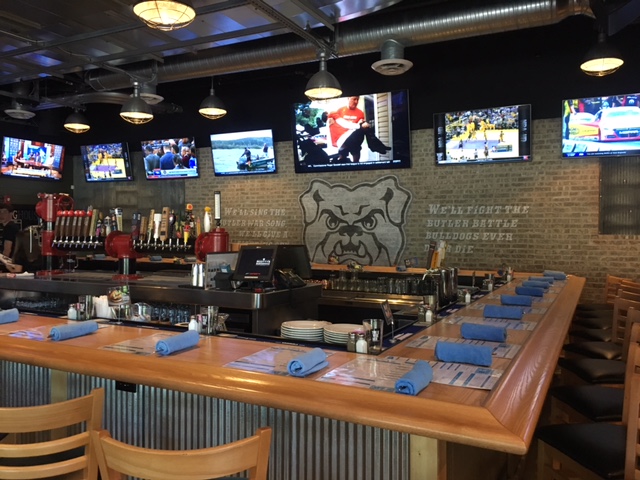 Scotty’s Brewhouse has no plans to close its Butler location after more Scotty’s restaurants close in Indianapolis. Photo from Keystone Corporation website.

Scotty’s Dawghouse was the first tenant in Butler University’s parking garage in 2016. Three years later, it is currently the only tenant since the closing of both Pita Pit and Metro Diner.

Scotty’s Brewhouse has no intention of closing their location on Butler’s campus, Ashley Merder, corporate brand manager, said in an email to the Butler Collegian.

According to the bankruptcy filings, Scotty’s Dawghouse owes Butler just under $63,700 for rent. It is the location’s largest unsecured claim, the next being less than $55,500 to U.S. Foods, Inc.

In an email to the Collegian, Holland Andrew, manager of Scotty’s Dawghouse, said the location on 96th Street struggled to overcome declining sales.

“We value all of the team members who have played a role in the 96th Street location and are encouraging them to apply for positions at other locations,” Andrew said.

On April 10, the location at Southport Crossing Drive suddenly closed. The Southport location was not part of the chain’s bankruptcy filings, as it was one of the seven which operated under management agreements.

“Regretfully, the owner of the managed Scotty’s Brewhouse location on Southport Road made the unfortunate decision to permanently close immediately,” the statement read. “This was not a decision of Scotty’s Brewhouse Corporate, and we will do all we can to assist the affected employees. As we stated yesterday, as part of the company’s Chapter 11 bankruptcy filing, we continue to conduct due diligence with the intention of minimizing any further retraction.”

Scotty’s remaining Indiana locations in addition to Butler’s campus are in Bloomington, Brownsburg, Fort Wayne, Mishawaka and West Lafayette. Outside of Indiana, they have locations in Oxford, Ohio; Champaign, Illinois; and Mattoon, Illinois. There are Thr3e Wise Men locations in Indianapolis and Muncie.