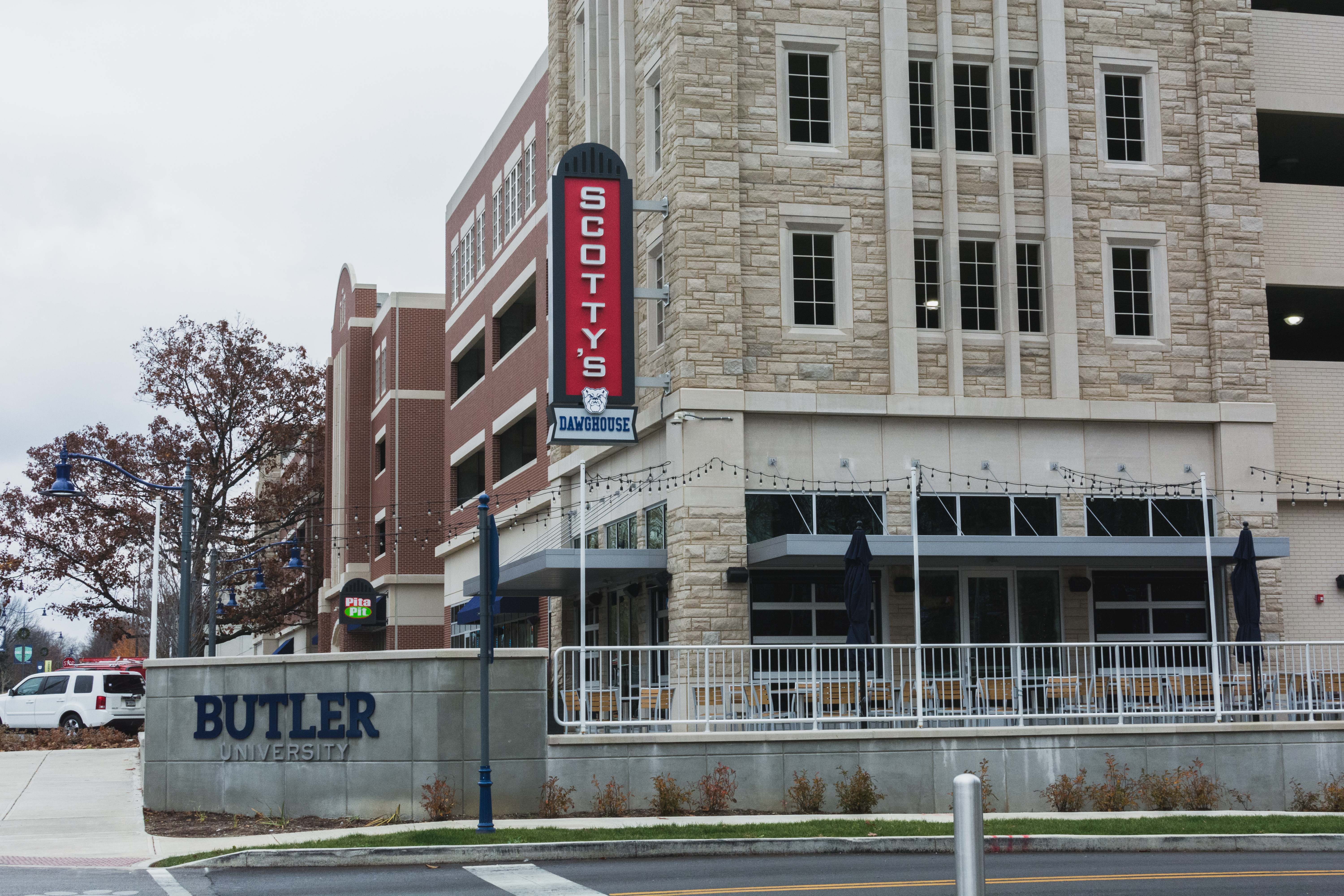 Scotty’s Dawghouse is currently the only tenant in Butler University’s parking garage after the closing of Metro Diner earlier this spring. It is also the last Indianapolis Scotty’s Brewhouse location.

According to its Chapter 11 bankruptcy filing from December 2018, Scotty’s Dawghouse owes Butler just under $63,700 for rent. It is the location’s largest unsecured claim, the next being less than $55,500 to U.S. Foods, Inc.

Bruce Arick, Butler’s vice president for finance and administration, said Scotty’s has started to pay rent again, and they are still working through about two to two-and-a-half months of rent.

He said Butler does not know whether Scotty’s is staying or not.

“I think if anybody told you that they were not day-to-day, they’d be lying to you,” Arick said. “I would say any location of Scotty’s is certainly at risk for shutting down. You’ve seen several in Indianapolis do so already.”

On April 10, Scotty’s location at Southport Crossing Drive closed, although it was not part of the bankruptcy filings. Scotty’s decided to close its Indianapolis location on E. 96th Street on April 14.

Johnny Deckard, general manager of Scotty’s Dawghouse, said they have received several calls asking if they are still open. Several people have also walked into the restaurant because they thought the location was closing and wanted to dine there one last time.

Deckard said he has not seen a difference in traffic, except for when sports teams are doing poorly and people won’t come out to see them. He saw the same trend when he worked at the Scotty’s in Bloomington, where Indiana University is located.

Meanwhile, Butler is working with Coldwell Banker and Richard Ellis, a real estate and investment company, to help find additional tenants for the parking garage.

The garage was completed in August 2015, and it cost $20 million to build.

Arick said while the parking garage was not built to be a net revenue generator — the purpose was to create parking capacity on campus for other expansion projects — rent “effectively becomes a funding source for the garage.”

The exact price of rent is not open to the public, and depends on multiple variables.

“It’s a negotiated rent,” Arick said. “At the end of the day, it’s how much do you want for the space as is.”

When Scotty’s first looked at the space, it was completely empty, with no floors and no walls. Improvements made to the space, along with total square feet and time of the lease, affect rent negotiations.

“We’ve certainly been keeping our eyes open for someone who might be able to go in there in the event that they close,” Arick said. “But for now, they’re still a tenant in the space, they’re still open.”