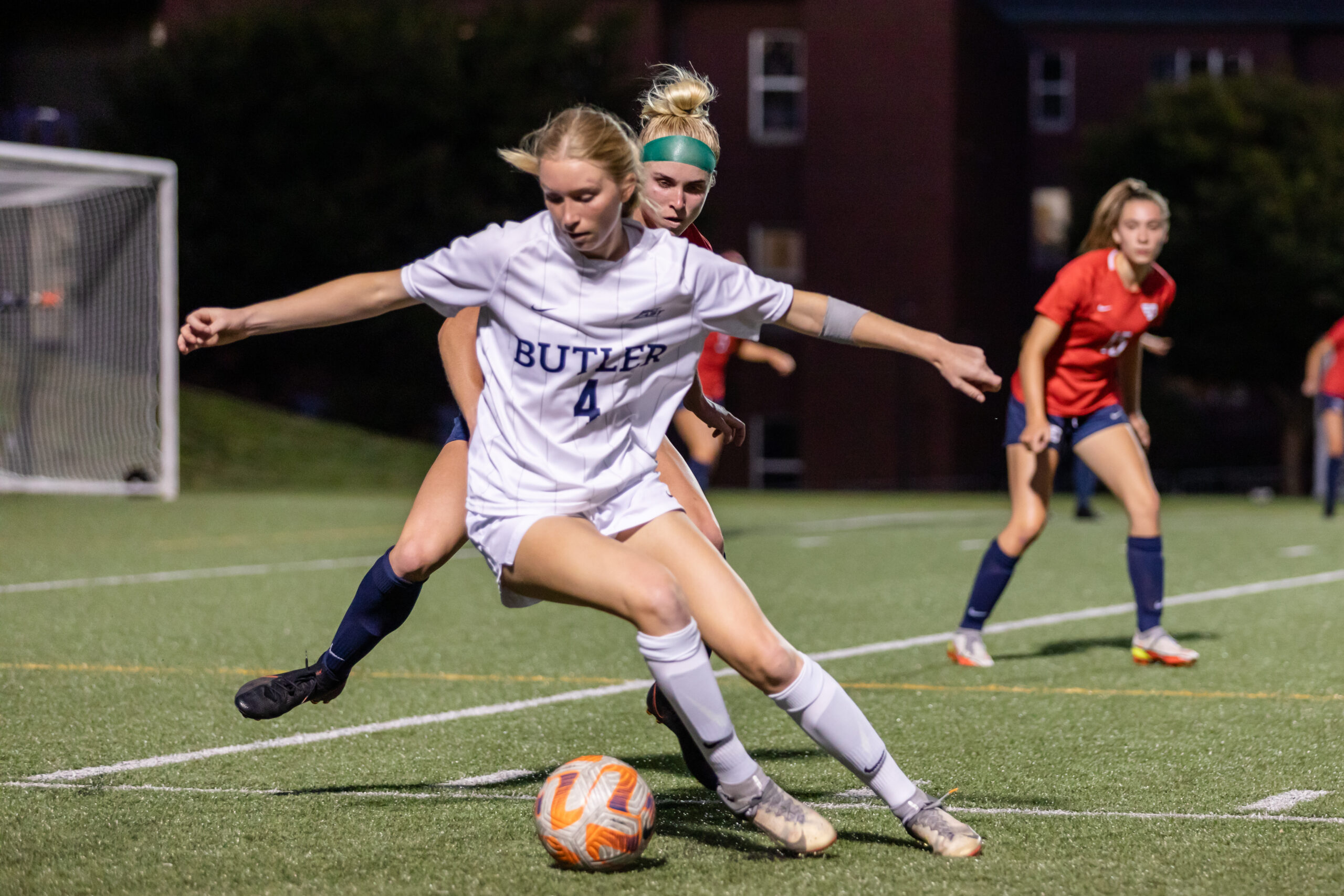 The Butler women’s soccer team ended their season on Oct. 30 after losing to Creighton on penalty kicks in the quarterfinal round of the Big East Tournament. The Bulldogs had an up-and-down season, going 7-7-5, but opened the season strong when they knocked off ninth-ranked Michigan in Ann Arbor on Aug. 21. From there the Dawgs had a rough stretch, going winless in six games before getting back on track with a huge victory at Providence. The team would go on to lose only one out of their next seven games to close out the season, including picking up a good result by tying 16th-ranked Georgetown.

The Bulldogs had standouts on the offensive and defensive sides of the pitch to help them throughout the season. These players were the best of the best not only for their squad, but also in the conference. Let’s dive in.

Statistically, Isger was the leading scorer for the Bulldogs this year with eight goals and was tied for second on the team in assists with four. Despite only playing in 17 out of the 19 games this season, she still showed her killer instinct by leading the team in scoring. Her best game came against Wright State on Sept. 1 when she scored two goals and added an assist on the day. In Big East play, she was vital for Butler getting a 2-2 draw against 16th-ranked Georgetown, recording a goal and an assist on the day. Her lethal precision on offense landed her the Big East Offensive Player of the Year award, as well as being selected for the All-Big East First Team.

O’Malley brought a level of toughness to the Bulldog backline, starting in all 17 games that she played in over the course of the season. She helped Butler keep four clean sheets this season, including stifling a ninth-ranked Michigan Wolverines squad in a 1-0 win for the Bulldogs. She racked up the third most minutes played this season with 1,439, and didn’t only shine on the defensive end. O’Malley had a crucial goal against Big East rival Villanova to give the Bulldogs a 1-0 win away from home. Her defensive toughness and consistent quality of play throughout the season are why she is my defensive player of the season.

Sommer came to Butler all the way from Tel Aviv, Israel, and made an instant impact on this Bulldog squad. In her first season, she scored five goals and added four assists from her midfield position. By that stat tally, she was the third-highest scorer on the team this year and was tied for second most in assists. Her mastery in the midfield landed her on the All-Big East Second Team and she won the Big East Freshman of the Year award as well. While it may have been her first season of college soccer, Sommer has experience playing in the Israeli Women’s Premier League Championship and also has seven caps for the Israel National team. She lived up to her impressive resume and dominated the midfield in 2022. The future looks bright for her and the Butler women’s soccer program as a whole.

Soderstrom was a rock for this Butler squad throughout the season. In her 5 years at Butler, she has racked up four All-Big East First Team honors, is sixth all-time in career goals and fourth all-time in career assists. Her resume is impressive and her stats this season were fantastic, tallying six goals and six assists in 19 games played. All these stats and accolades are breathtaking, but it was her work rate that stole the show this year. In 19 games, Soderstrom played 1,478 minutes out of 1,710 possible minutes, which leads the team. On average, she was only out of a game for 12.3 minutes per game. These numbers show just how important she was to this team, and it also brings to light just how hard she works. That is why she is my Ironman player of the season.

When you look around the game of soccer, there are two types of players. There are players that under no circumstances want to head the ball, and then there are those who try to get their head on absolutely every ball that comes their way. Farrington’s fervor to head the ball, and her skill is what lands her this prestigious award. In the entirety of the season, she attempted a mere six shots, but ended up scoring two goals for a conversion rate of 33%. Some may wonder how a defender gets to score two goals in a season, but Farrington used her head – literally and figuratively – to bag her goals. Her goals came at important times in Butler’s season. Her first header came against Western Michigan in the first game of the year, helping the Bulldogs expand their lead to 2-0 off a corner before returning to her defensive position and shutting down the Broncos offense. Her second header was the opening goal in a game that would end in a 2-2 tie against Big East rival Seton Hall. Every coach loves a player that is willing to head the ball, but Farrington did not stop at merely heading the ball, she wanted her headers to be in the back of the net. That is why she wins the Queen of Headers award for the 2022 season.