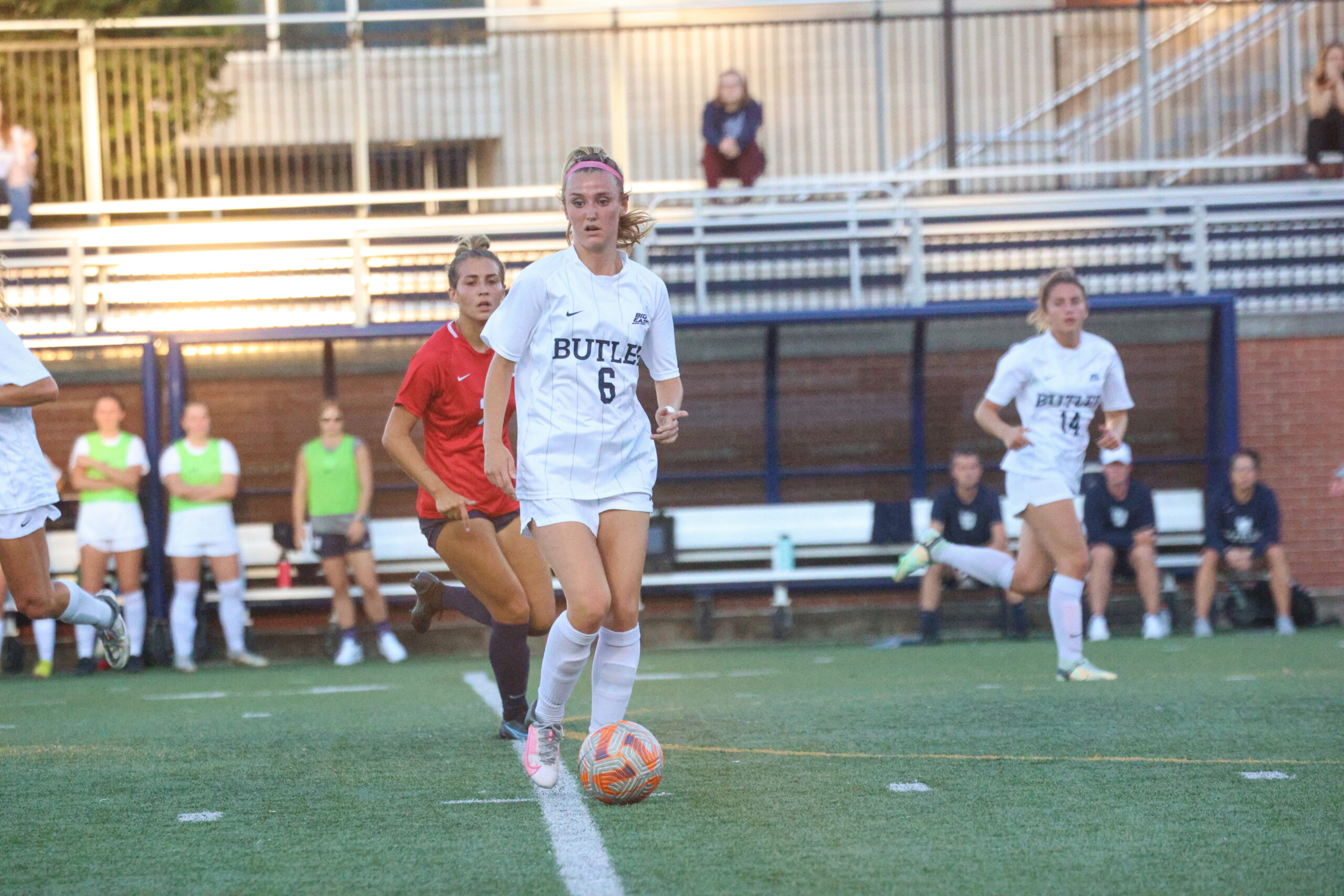 First-year midfielder/defender Amelie Darey headed home the opener for the Bulldogs in a 2-1 win over Providence. Photo by Claire Runkel.

The Butler women’s soccer team improved their record to 4-6-1 on Thursday night, defeating fellow Big East side Providence 2-1. This is the first win in six games for the Bulldogs, a crucial victory to get the season back on track.

First-year midfielder/defender Amelie Darey opened the scoring 17 minutes in for Butler, heading in a cross from redshirt junior forward Abigail Isger. Isger drove with the ball down the left wing to the touchline before serving the ball in with her left foot for Darey to smash into the back of the net. This is the first goal of Darey’s career at Butler.

The Bulldogs doubled their lead in the 67th minute when first-year midfielder Talia Sommer took matters into her own hands, scoring a great solo goal. Sommer pressed the Friars backline with pace, stole the ball and then calmly dispatched it into the back of the net. This gives Sommer three goals on the year, and in her career at Butler.

Providence managed to pull back a goal with three minutes to go in the game, but were not able to complete the comeback before time ran out. The Friars’ lone goal of the night came off of a corner that was punched into the air by redshirt freshman goalkeeper Anna Pierce. Unfortunately for Butler, the Bulldogs were not able to clear the ball before Avery Snead sent the ball into the net.

Butler thoroughly dominated this game, leading Providence in shots, shots on goal and corners. The Bulldogs will take positives from this game and hope that the momentum carries them into victories in their upcoming games. Butler currently sits ninth in the Big East standings, but still have many games to play to make up ground on the other teams.

The Bulldogs return to action next week on Oct. 6 at the Sellick Bowl against Villanova.