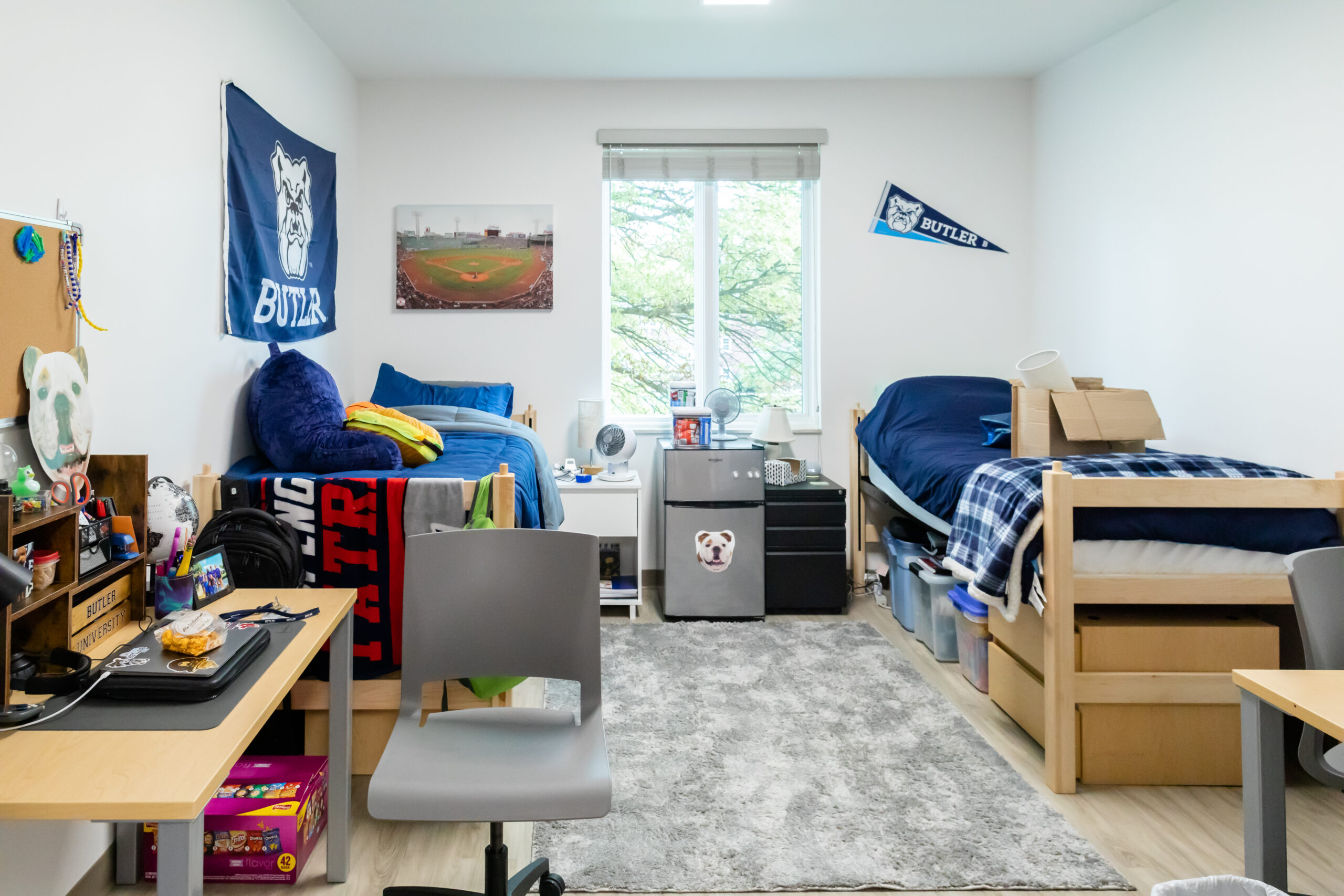 During the summer of 2022, Butler University began the beginning phase of renovations on one of its first-year dormitories, Residential College, ResCo. Eighteen ResCo suites were previously renovated in 2019 — its only other renovation since its construction in 1988. Room renovations began May 2022 and were completed on schedule for the new school year.

“Our goal is to provide the best living and learning environment for students, which is why we focused on where they live first,” Lacheta said.

Renovations were designed to match the previously updated suites in the building. Other upgrades were made to hallways and public restrooms along with air-conditioning systems and plumbing. Next summer’s construction plans add a patio and terrace areas outdoors, allowing students to explore more activities outside.

Since its opening, ResCo has housed thousands of students, and as such, the university deemed that it was time for some updates. Renovation plans were approved in 2020 but were delayed until May 2022 due to COVID-19.

“The goal of this project was to refresh it and make it look nice, but also tackle that deferred maintenance,” Lacheta said. “But it’s not our goal to just be reactive. We like to be proactive.”

First-year biology major Reese Katovich is living in ResCo this year and has been able to experience the new renovations — flaws and all.

Katovich said that while she appreciates the updates, she does not think ResCo is up to par with the other first-year dorm, Irvington House.

Director of strategic communications Mark Apple has been one of the main faces in the media regarding ResCo’s renovations, which have been divided into two segments — the first taking place in the summer of 2022, and the second taking place in the summer of 2023. Next summer, the plans for the second phase of construction include updates to the ResCo dining hall as well as the outdoor areas.

Though students will not notice any construction this school year, Lacheta expects to begin phase two of the renovations almost immediately after the 2022-2023 academic year.

“We split it into two summers because we want it to not disrupt students,” Lacheta said. “For the dining portion [in summer of 2023], there will be things where the students will expect to see somewhat of a construction presence, longer than just the summertime, but it will be confined to the kitchen area.”

Lacheta said if construction bleeds into the fall 2023 semester, the dining area may be closed for a portion of the school year.

Some aspects of campus living are important to student life, though they go on behind the scenes. The construction taking place in ResCo tackles many of these invisible issues.

“Keeping up with the 30-plus year-old, behind the scenes, stuff — which is like the kitchen, back of house … it’s also like air handler work, electrical work, things behind the scenes that serve the students … ,” Lacheta said. Through a summer of construction, ResCo has been given a fresh look  — but the plans do not end there. In phase two, students can expect to see even more improvements in the dining and outdoor areas, changing their dorm and dining experience altogether.