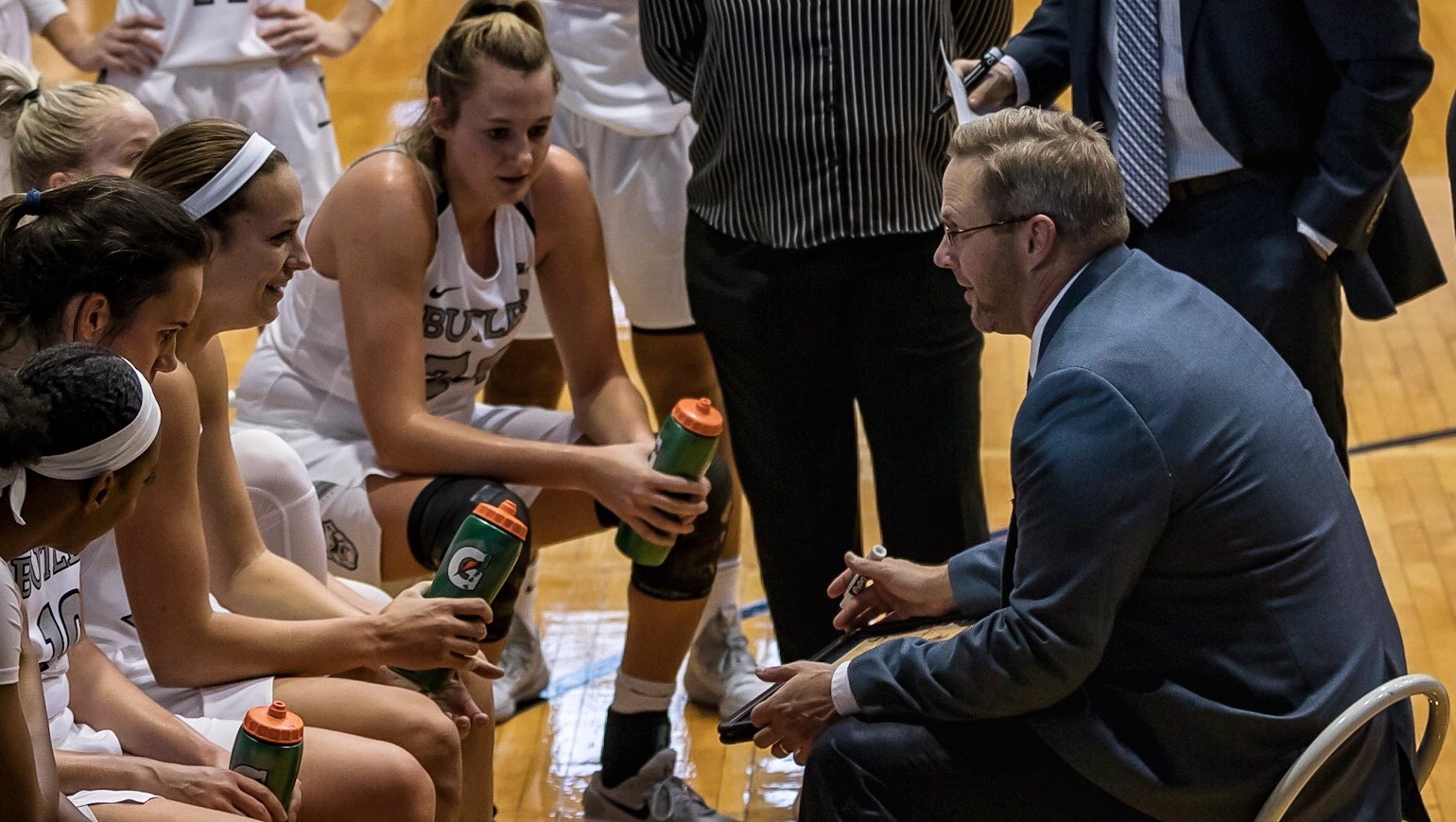 Former Butler women’s basketball coach Kurt Godlevske talks to the team in a timeout during a game in 2019. Photo courtesy of Butler Athletics.

On March 22, Barry Collier, director of athletics at Butler University, announced that women’s basketball head coach Kurt Godlevske will no longer be a part of the program, effective immediately. The announcement was made in an email from Associate Athletics Director/Communications John Dedman. The email stated that “a national search for a new women’s basketball coach will begin immediately.”

Godlevske joined the program as an assistant coach in 2013 and quickly moved through the ranks, becoming the head coach beginning in the 2014-15 season. In his eight seasons as head coach, Godlevske had an overall record of 91-144 and was 47-97 in Big East play. Godlevske went 3-8 in the Big East Tournament during his tenure.

In 2019, Godlevske was selected as the Big East Coach of the Year as he led the team to the WNIT and posted a 23-10 overall record. However, the past two seasons could not have gone much worse for Godlevske and the Bulldogs.

This past season, the program only returned five players from the 2021-22 season, one of which was Genesis Parker, who suffered a season-ending ACL tear in the team’s first game. The Bulldogs proceeded to go 1-27 and 0-18 in Big East play. The lone win came over Evansville on Dec. 22.

The program now will head in a different direction, but Collier took time to thank Godlevske for his commitment to the program.

“On behalf of our university and athletics department, I want to thank Kurt for his efforts,” Collier said. “We wish Kurt and his family nothing but the best moving forward.”