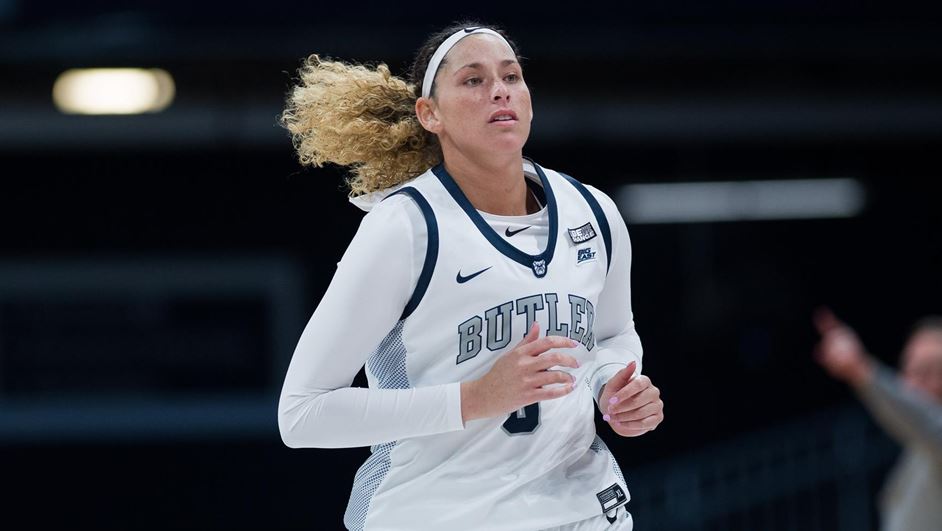 Graduate student Celena Taborn is averaging a team-high 15.1 points per game for the Bulldogs. Photo courtesy of Butler Athletics.

Christmas came early for the Dawgs in Hinkle as the women’s basketball team snapped their 11-game losing streak — which dates back to March of 2021 — with a 75-67 win against Evansville.

Celena Taborn had another strong showing for Butler, scoring 26 points on 11 for 13 shooting and adding six rebounds as well. Outside of Taborn, Butler had three other scorers in double figures. Zoe Jackson scored 11 points while Tenley Dowell and Alex Richard each added 10 points.

As a team, Butler shot 44% from the field, significantly better than Evansville’s 36% shooting from the field. However, both teams struggled from beyond the arc. Only nine 3-pointers were made the entire game, with Butler making four of them.

Despite committing more turnovers, Butler was able to capitalize on Evansville’s giveaways and outscored them 17 to 10 on points off turnovers. Points off turnovers have been an issue for the Dawgs all season, and this marks a significant improvement for them.

Butler also outscored Evansville 19 to four in second-chance points and 20 to 15 in bench points. Both of these things have been significant issues for Butler early in the season.

Things looked good for Butler heading into the break, as the team held a 34-22 lead at halftime. Evansville was able to storm back, however, and tied the game up at 47 in the early fourth quarter.

Butler responded promptly and went on an 11-4 run, which proved to be the final difference maker in the game. The Dawgs were able to withstand Evansville’s late attempt to stay in the game, making several key shots and free throws to stay ahead and eventually pick up the win. Disregarding the close score, Butler was in control for most of the game. They never trailed and led by as many as 15 late in the second quarter.

This game marks Butler’s last non-conference game of the season. As they finally get the elusive first win of the season, it will hopefully come with much-needed momentum as conference play begins.

The Dawgs head to Cincinnati for their next matchup with rival Xavier on Dec. 29 at 2 p.m.