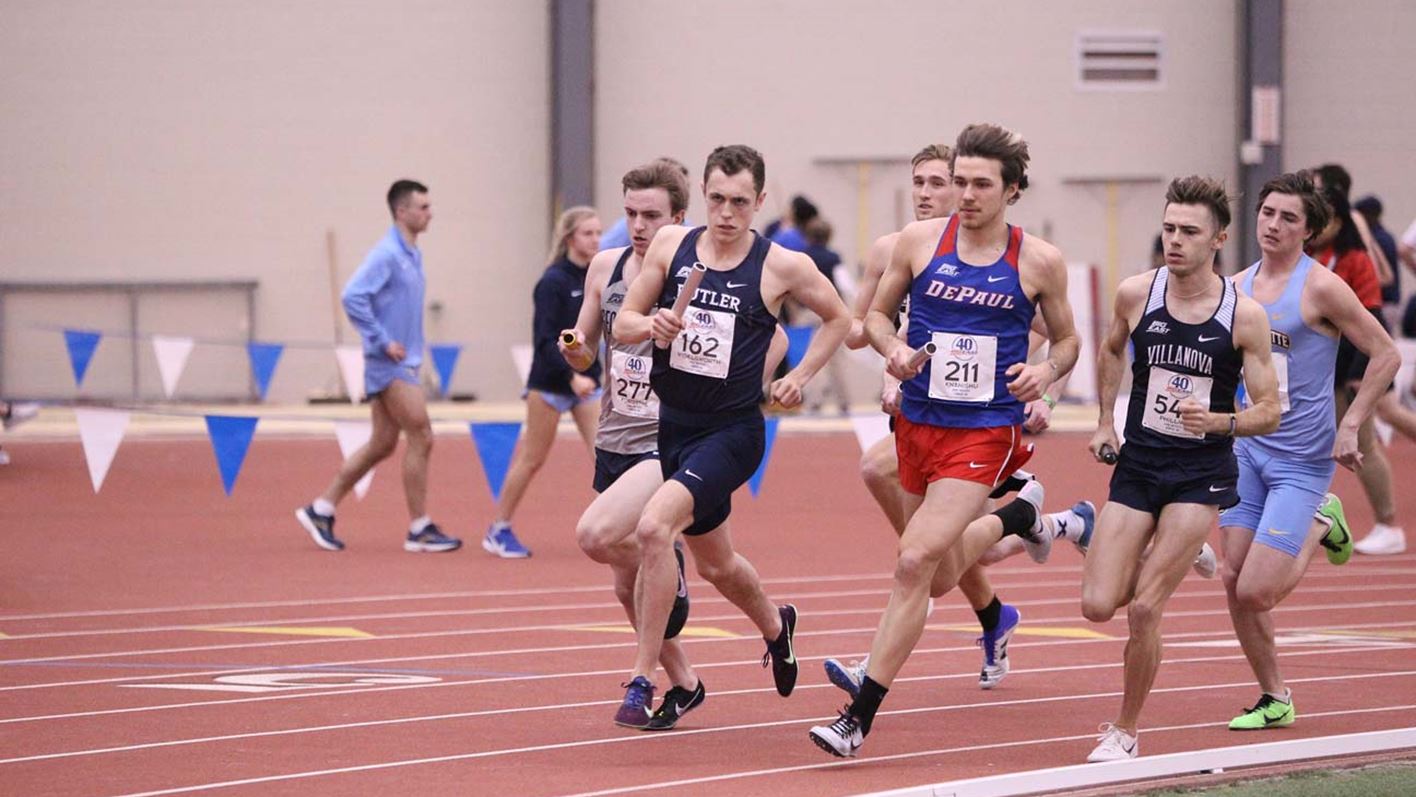 Matthew Wilgelsworth runs a relay for Butler’s men’s track and field team. Wigelsworth posted a time of 1:52.97 to win the 800m run during the Jim Green Invitational on Jan. 15. Photo courtesy of butlersports.com.

The men’s basketball team evened their Big East record at 2-2 with a win over Georgetown with a score of 72-58. Jair Bolden led the Bulldogs with 23 points, including five 3-pointers. Bryce Nze and Bryce Golden also contributed with double figures of 14 and 11 points, respectively.

Men’s Track and Field at the Jim Green Invitational

Tom Pitkin set his second school record on Friday afternoon, when he ran a time of 1:18.88 in the 600m. Jacob Uhl finished second at 1:20.38 in the event as well and Matthew Wigelsworth placed fourth at 1:20.90. Drew Herman placed third in the high jump with 1.96m.

Michigan defeated Butler 6-1 on Saturday. Senior Thomas Brennan won both his matches at No. 1 singles and No. 2 doubles.

Men’s Basketball falls to No. 14 Villanova

Villanova took a 15-2 lead to start the game. The Wildcats shot 71% from the field, including five-of-seven from three in the first half, giving them a 39-23 halftime lead. Villanova scored the first 12 points of the second half, ultimately putting the game away.

RJ Cole led the Huskies with 17 points, including shooting four-of-seven from three. Forward Adama Sanoga and guard Andre Jackson both finished with a double-double in points and rebounds.