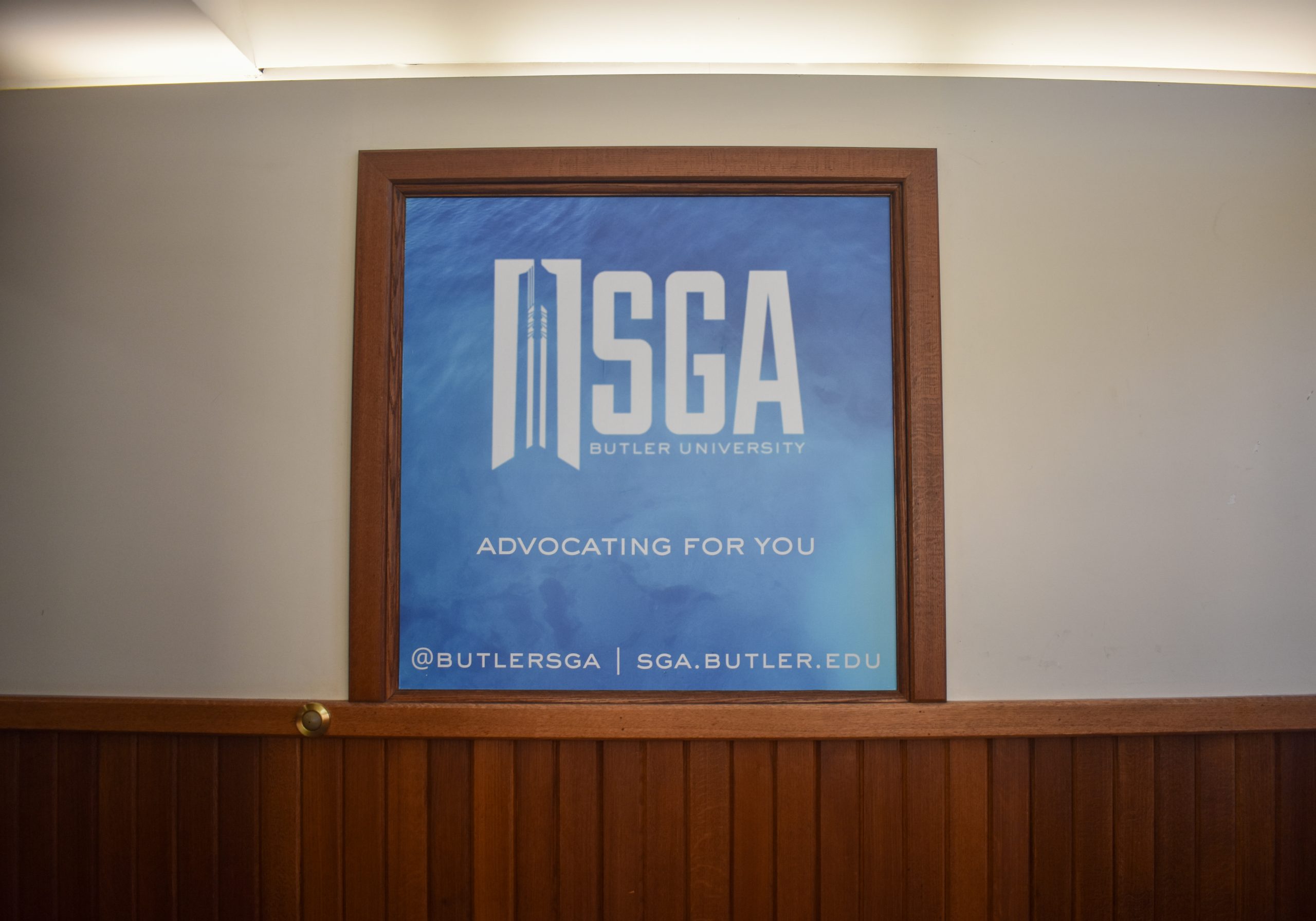 Following significant restructuring, Butler’s Student Government Association reflects on what they have accomplished this year and promises that went unfulfilled. After last year, SGA felt the need to rebuild not only internally, but also their relationships with students.

To do so, SGA senators have increased the number of committee-specific outreach events put on throughout the year. Naming mental health as a primary concern, SGA’s newly established mental health board has been talking with Counseling and Consultation Services, BUPD and deans of specific colleges across campus to best understand the issues at hand.

To make resources more accessible to students, SGA relocated their office to the main floor of Atherton in room AU 100, created a new website with more information and has increased the opportunities for students to voice their feedback and concerns.

However, SGA has not delivered on other anticipated programs. They had plans at the beginning of the year to host a mental health symposium but decided not to move forward with it. SGA also reported in September that senators, for the first time, would have to undergo DEI training. It is still unclear when and what exactly that training will be. They also hoped to make improvements to Atherton Union, but no progress has been made.

Cade Chezem, junior biology major and SGA Speaker of the Senate, said this year has been a “complete rebuild” from previous SGA administrations. According to Chezem, SGA had a new constitution come into effect at the end of the spring 2021 semester and wrote new bylaws over the summer to establish a new structure for SGA. Chezem said that as this semester comes to an end, SGA has finished their rebuild and is ready to move forward into expansion.

At the beginning of the semester the program board, which is responsible for organizing campus-wide events, was separated from SGA. The program board, now called the University Program Council, is affiliated with the Department of Student Affairs and plans events for students. This separation has allowed SGA to focus more on advocacy rather than organizing events.

In that same story, published Sept. 8, it was reported that for the first time, student senators would be required to take part in diversity training this year. The DEI training for senators has still not taken place.

Unsure of what all the training will entail, Chezem said it will take place next semester.

SGA said moving away from programming has allowed them to focus more on advocacy and outreach. According to senior criminology major and SGA president Will Gigerich, SGA senators have done more outreach than ever before. Gigerich, who described past SGA outreach as “a joke,” is committed to making sure this year’s senators are involved and present on campus.

Chezem agreed with Gigerich and said SGA outreach was lacking before this year’s administration.

“Outreach is my biggest goal,” said Chezem. “We’ve had this increased outreach this year, especially this first semester, which has not been seen in SGA before. In the past, I thought that SGA outreach was frankly horrible. It was nonexistent.”

“The union is something that I’ve seen promised by presidents since the day I stepped foot on campus,” Gigerch said. “Frankly, besides just increasing the student experience now, it‘s something where if you’re coming to tour our campus, our union is pathetic, and really it’s ridiculous that we’ve gotten away this long with what we have.”

Gigerich hopes that improving Atherton will make it a space students want to be in, rather than only engaging with it as a dining hall.

Established this year, SGA’s mental health board has been meeting with Counseling and Consultation Services Director, Keith Magnus, to discuss and find new ways to make mental health services more accessible to students.

Outside of Butler’s Counseling and Consultation Services, SGA has also been meeting with deans of specific colleges to understand the mental health concerns of certain programs, and is working with BUPD to improve their crisis response. Gigerich said that he hopes working with BUPD will make their crisis response more accessible for students, and a “more mental health friendly experience for students.”

In collaboration with SGA’s re-launched Uber partnership, SGA announced that they will pay for two rides per week per student to see off-campus mental health clinicians. Students will have to go through CCS and be referred to a clinician to utilize the transportation.

Looking towards the future, Gigerich said SGA is working to get a mental health day added to the syllabus so “students are not punished for taking care of themselves.”

The mental health board has put on three events so far this semester, Color me Happy, S’mores and Smiles and an outreach event during the national mental health awareness week.

In a letter written to students Aug. 25, Gigerich and SGA vice president, Miki Kawahara, wrote “For the first time, SGA will be hosting a mental health symposium.”

Gigerich said SGA has made the decision to not move forward with that plan. Due to a lack of student interest, SGA decided it best to not dedicate the time, energy and money to something students were not interested in.

Seeing mental health as a major concern, Gigerich is hopeful that the initiatives SGA has put in place, or is planning to put in place, will improve the overall student experience.

To make all of these changes accessible to students, Gigerich said SGA has increased the opportunity for student advocacy on campus. Unlike previous years, students can now provide direct feedback to their student senators about legislation before it’s passed, or any general concerns they have. SGA has also added more office hours, and welcomes students to visit their office in Atherton Union 100 if they have questions, feedback or concerns.

With all the changes made so far, both Gigerich and Chezem said student engagement and involvement has been consistently good. SGA events, which usually offer food or prizes, attract students of a variety of years and majors. Sophomore arts administration major, Gabriella Tzougros, said that even with the increase of events on campus, she and other students could be more involved.

“I hear that they do great things,” said Tzougros. “I don’t think I have taken as much as I can from them … but I definitely see a lot more of effort to help the students more than last year for sure.”

As SGA continues to make changes for students, Chezem said SGA is hoping to move beyond some of the issues they faced last year.

“A lot of what students were concerned with SGA last year was about the image,” said Chezem.  “Last year wasn’t a great year for SGA, and so starting over with a new advocacy platform and fresh leadership and things like that I think we’re trying to kind of alleviate that concern that SGA is here for the students, not for anything else.”