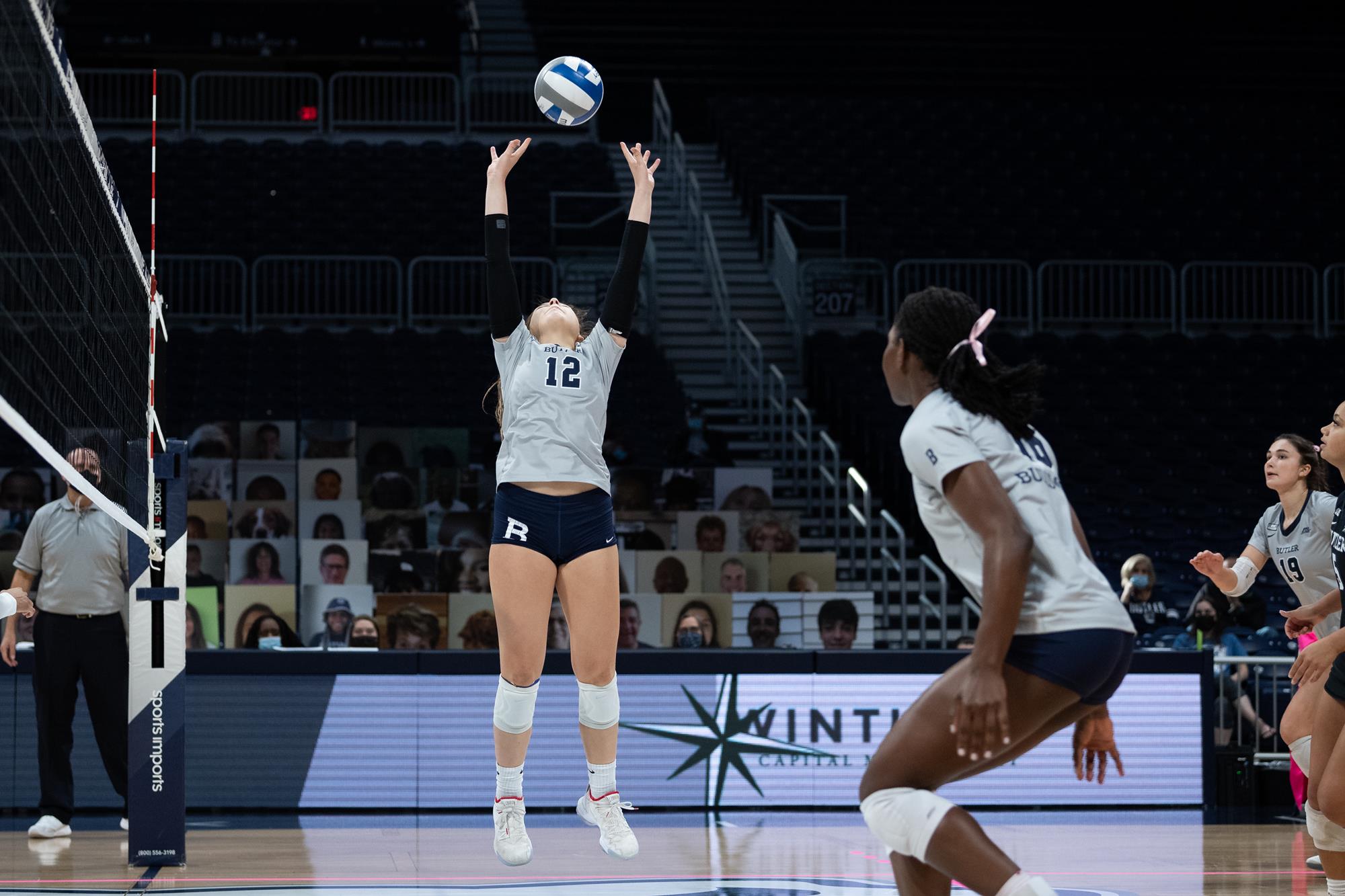 The Bulldogs played two away games on Nov. 5 and Nov. 7, traveling first to Providence to face off against the Friars, then to Nebraska to compete against Creighton.

Butler began the first set strong against Providence to set the tone for the match. They led 15-10 then closed out the set at 25-18 with kills by freshman Mariah Grunze, junior Brittany Robinson and sophomore Amina Shackelford.

The Bulldogs went on to win the next two sets 25-23 and 25-13. Sophomore Madison Friebel completed a double-double with 14 assists and 12 digs. Robinson led the offense with 10 blocks and also contributed two block assists. Junior Jaymeson Kinley added 13 digs along with four assists.

Butler then took on Creighton on Saturday, Nov. 7. The Bulldogs went back-and-forth with the Bluejays the entire first set. Sophomore Megan Sheridan, Grunze and Robinson each had three kills for the Bulldogs offense.

Butler lost the second set 25-12 due to multiple runs by Creighton’s offense. The Bulldogs bounced back in the third set going up 3-0 in the beginning with a service ace by freshman Marissa McKelvey. Creighton tied the score at 11 before Butler would later go on a 4-0 streak to go up 22-20. The Bulldogs clinched the set with back-to-back kills by redshirt senior Melody Davidson and Grunze.

Creighton won the fourth and final set 25-17 after Butler rallied back from a 1-5 deficit. Grunze completed a double-double with 12 kills and 12 digs in the match. Kinley provided 30 digs and 4 assists. McKelvey provided 20 assists, eight digs, two aces and a kill.