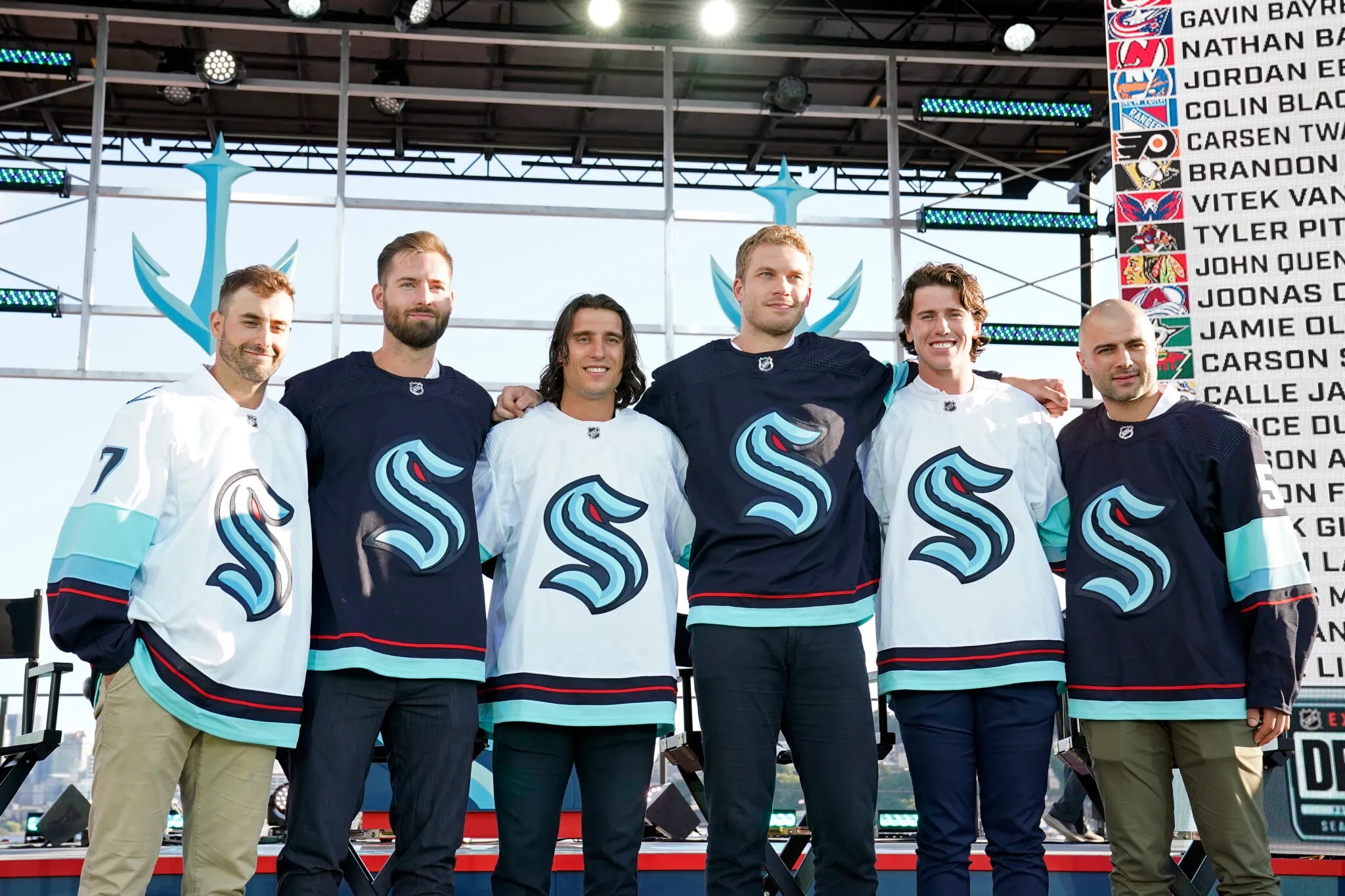 After 16 years without expansion, the National Hockey League added two new teams in the past five years. These two teams — the Vegas Golden Knights and Seattle Kraken — will battle each other on the NHL’s opening night on Oct. 12.

The Golden Knights shocked the sports world in 2018 by qualifying for the Stanley Cup Finals in their inaugural season. Their performance set the bar high for all expansion teams following in their footsteps to achieve a similar level of success right out of the gate.

Now hold your horses Seattle fans — let’s think about this.

Was the Golden Knights’ magical season an anomaly? Did the Kraken’s veteran general manager Ron Francis do enough this offseason to build a playoff contending team?

The first order of business for Francis was the expansion draft in July. Francis’ decisions were heavily criticized by hockey experts and fans alike. Seattle’s selection of relatively unknown players like Carsen Twarynski and Gavin Bayreuther were among those condemned by critics of Francis. However, Francis’ strategy was evident: go big or go home.

In fact, going big is an understatement. Francis decided to go massive, especially in terms of the defense. Seattle’s projected defensive lineup averages nearly 6-foot-3-inches and 212 pounds. This lineup is the fifth tallest in average height in the NHL. The towering Kraken defense includes the single heaviest and third tallest player in the league, Jamie Oleksiak, coming in at a whopping 6-foot-7-inches and 255 pounds.

Out of the four teams ahead of the Kraken in average defensive height, three of these teams are the Vegas Golden Knights, the New York Islanders and the two time defending Stanley Cup champions Tampa Bay Lightning. These three teams were three of the four that qualified for the semifinals of the 2021 playoffs.

Defensive size clearly translates to success in the NHL. The Kraken have been molded by Francis to be an extremely difficult team to generate offense against. The Kraken defensive core should punish any skilled offensive star trying to attack the Seattle goal. If pucks are able to get past Seattle’s mammoth defense, Seattle already has one of the strongest goaltending tandems as a second line of defense.

Part of Francis’ strategy for building the Kraken squad was to make big splashes in the free agency market. The Kraken accomplished this by signing former Colorado Avalanche goaltender Philipp Grubauer. Last year, Grubauer finished third in voting for the Vezina Trophy, the award given to the top goaltender in the NHL.

Along with Grubauer, Seattle picked up former Florida Panthers goalie Chris Driedger in the expansion draft. As a backup in Florida, Driedger put up numbers worthy of a starter, winning 14 of his 23 games and putting up a .927 save percentage.

Grubauer and Driedger were both on excellent offensive teams last season. The continued success of these goalies may rely on how well Seattle’s offense can perform. Even if Seattle can prevent their opponents from scoring, it won’t matter unless the Kraken can score themselves. Unfortunately, the Kraken’s greatest weakness is their offense.

Conversely, the Kraken’s top scoring forward is Yanni Gourde, who put up less than spectacular numbers with 36 points in 56 games the prior season. Gourde is also expected to miss the first two months of the season with a shoulder injury. The rest of the offense will come from players like Jordan Eberle and Jaden Schwartz who are capable forwards, but have proven to not be stars.

There is always the possibility that several players could have breakout seasons that would propel the Kraken toward a playoff push. Very few predicted the Golden Knights to make the playoffs in their first season, let alone the Stanley Cup Finals. However, with increased playing time, younger players like William Karlsson and Jonathan Marchessault saw tremendous offensive improvements that allowed the Golden Knights to achieve great accomplishments.

Could a Seattle player like Jared McCann or Joonas Donskoi, both imported from teams where they were overshadowed by skilled stars, see similar improvements that help push the Kraken into the playoffs? The possibility is certainly existent.

The final aspect to look at when evaluating Seattle’s potential performance is the division that the team plays in. The Kraken are set to play in the Pacific Division, which appears to be the weakest division out of the four in the NHL.

The Anaheim Ducks are in full rebuild mode. The San Jose Sharks are an ailing and aging team with little promise. The once promising Calgary Flames imploded last season, fired their coach, missed the playoffs and lost their captain Mark Giordano to the Kraken this offseason. The Vancouver Canucks are a team with talent but were plagued by inconsistency last season causing them to miss the playoffs. The Los Angeles Kings are a team fresh off a rebuild with young talent, but it is unclear if they are prepared to jump back into playoff contention.

The only two locks for the playoffs appear to be the Golden Knights and the star studded Edmonton Oilers. Three teams are guaranteed to make the playoffs from each division leaving a spot in the Pacific wide open. The Kraken have just as good of a chance to seize that spot as any of the other questionable teams mentioned.

Overall, many factors will decide whether the Seattle Kraken can join the Golden Knights as a successful expansion franchise in year one. With a big defensive core, competent goaltending, and perhaps a breakout star or two, you can expect the Kraken to be right in the thick of the battle for a playoff spot.