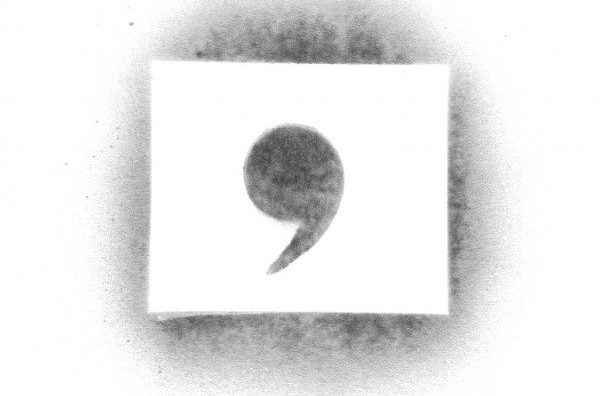 All commas are important, but the Oxford comma is especially so. Graphic created by SSilver

As a new columnist for the Collegian, I was appalled when my editors informed me that my use of the Oxford comma was a violation of Associated Press Style and therefore had to be removed from my article. As I sat deleting each and every Oxford comma, I couldn’t help but be filled with a deep rage at the cruel system that I had been bound to.

The Oxford comma is the final comma in a list of things, placed between the penultimate term in the list and whatever conjunction that follows it. It is typically used to create clarity and eliminate any ambiguity in a list. Tragically, AP Style prohibits me from modeling this. I am confined to writing lists that are confusing, unattractive and frankly barbaric because of the accursed AP Stylebook.

Hallie Anderson, a first-year strategic communication major, is an avid supporter of the Oxford comma.

“I feel like it’s necessary,” Anderson said. “You gotta have it, you know because otherwise there’s so much confusion… how else are you supposed to separate a list?”

The Oxford comma is deeply important for the organization, clarity and aesthetics in any writing. The lack of that little piece of punctuation can cause massive confusion.

Madigan Hester, a first-year health sciences major and self-proclaimed “big pro at elementary English,” feels that a lack of Oxford comma use is not only detrimental to the clarity of writing, but also a violation of common courtesy.

“It just feels disrespectful,” Hester said. “If someone doesn’t use an Oxford comma with me I see that as they don’t think I’m worth their time.”

The AP stylebook’s omission of the Oxford comma in its set of silly little rules for proper publication composition is a sign of their contempt for enthusiasts of print journalism across the nation, their disdain for coherent writing and their disrespect for the English language itself.

Bill Watts, an associate professor of English at Butler, does not typically use the Oxford comma in his writing. Watts feels that it is mostly inconsequential whether one decides to include the Oxford comma or not because language is constantly changing.

“Professionally I deal with the early stages of English, and there wasn’t really a comma in English used in any kind of consistent way until the 18th century,” Watts said. “I think all language is conventional. There aren’t laws about it, I mean you can imagine that it absolutely has to be [a certain] way but I could show you that it once was different.”

Anderson disagrees with Watts, feeling that the AP stylebook is incorrect in its Oxford comma use.

“I might go so far as to say that I think the AP stylebook is really coming for me, my brand [and] my safety,” Anderson said. “[The AP Stylebook is] coming for all of us. Watch your back.”

Hester agrees with Anderson that the AP Stylebook’s failure to include the Oxford comma in its rules for writing is dangerous, and claims that being told not to use an Oxford comma is a red flag.

Watts disagrees with both Anderson and Hester, attempting to be the voice of reason in this discussion.

“I am agnostic on the Oxford comma,” Watts said. “I tend not to use it myself, but I am not interested in condemning people who do.”

Watts’ neutrality is understandable. There are more important issues facing our society than whether or not to use an Oxford comma, but that doesn’t mean that this issue doesn’t warrant discussion.

Unfortunately, The Butler Collegian is complicit in this unjust exclusion of the Oxford comma. Those of us that write for the Collegian must consider that we are tacitly endorsing this practice by using AP Style. How does that reflect on us as writers?

Hester claims that when she reads something that is written without the Oxford comma, she is overcome by intense emotion.

“[I feel] sheer and utter rage [and], you know, a little disappointment,” Hester said. “How are you gonna be an author and write books and you can’t use an Oxford comma?”

For Anderson, the Oxford comma isn’t just an organizational tool or a sign of respect. It represents a patriotic value.

“[The Oxford comma represents] the American Dream,” Anderson said. “I think because the AP style is telling you ‘don’t use it,’ I feel like there’s something very American about using it anyways, like a ‘screw you’ to the AP style.”

The University of Oxford, in Oxford England, is of course the birthplace of this divine comma. Therefore, it is not an explicitly American grammar construction. However, Hester argues that the Oxford comma’s distinctive Americanness is because of its British origins.

Small though it may be, the lack of an Oxford comma can be devastating to any piece of writing. The AP Stylebook has for too long overlooked the magnificence of this comma. It must be stopped. Let the AP Style tremble at an Oxford comma revolution. The lovers of the Oxford comma have nothing to lose but their chains. We have a world to win. Comma-rades of Butler University unite!