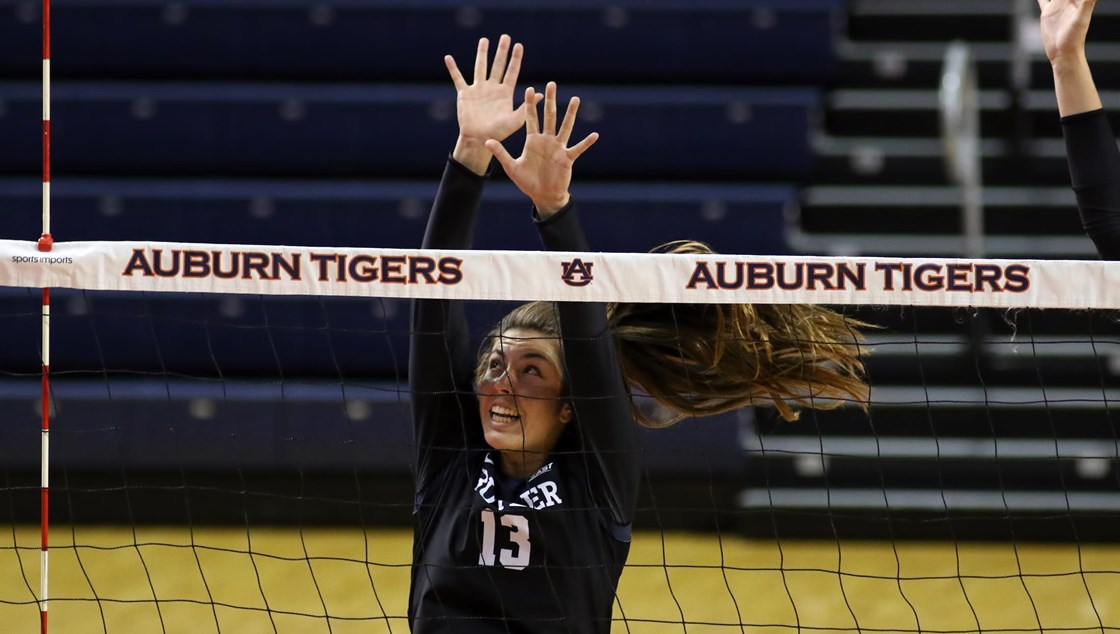 Megan Sheridan jumps above the net to block a hit during the War Eagle Invitational in 2019. Photo courtesy of Butler Athletics.

The Butler volleyball team improved to 5-4 overall after going 2-1 in the California Tournament.

The Bulldogs began the weekend with a loss to North Dakota State losing 1-3 in close sets. Butler reacted to a first setloss with a 25-21 win in the second set before falling short in the final two sets.

First-year Mariah Grunze led the Bulldogs with 10 kills and had three digs, one ace and one block assist. First-year Grace Boggess and sophomore Amina Shackelford contributed to the team with nine and eight kills. Sophomore setter Madison Friebel returned to her home state with 37 assists, nine digs, three aces and a kill in the first game of the tournament.

The team rebounded from their first loss and took the next game versus Nevada. The Bulldogs won a nail-biting first set 25-23 before taking the next two as well.

Butler defeated California Berkley for the final game winning 3-1 in sets. The team rallied late in the fourth set down 6 points to complete the victory.

Butler will return home to face Eastern Kentucky at Hinkle Fieldhouse on Wednesday September 15 for a 6 p.m. match.