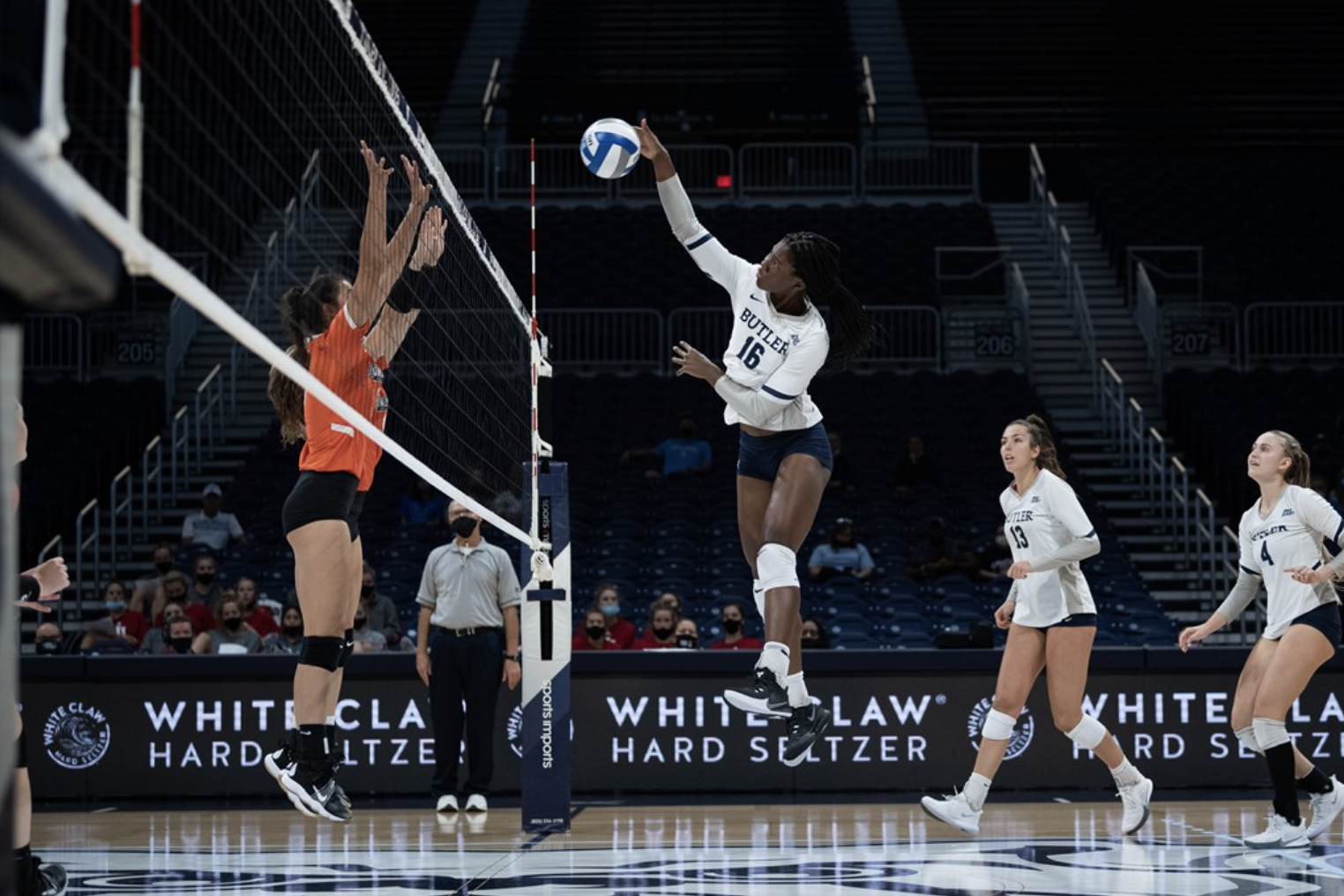 The Butler volleyball team fell to Creighton in their first Big East match of the season 1-3 on Friday, Sept. 24.

The Bulldogs began with an early 6-3 lead with kills from redshirt senior Melody Davidson and first-year Mariah Grunze. Creighton then constructed a solid 20-15 lead to eventually closed out the set 25-16.

The second set was a close one as Creighton responded to an early Butler lead by winning 7 out of 9 points to gain a 13-9 advantage. The Bulldogs countered with two service aces from redshirt junior Brittany Robinson and one from senior Jillian Ziemba to tie the set at 14. Creighton eventually put the set away 25-22. Junior Jaymeson Kinley recorded six digs and Grunze tallied three kills for the team.

Butler led the third set 6-5 early on as sophomore Amina Shackelford recorded an initial three kills. Tied at 11, the Bulldogs went on a 4-0 run to establish a 15-12 lead with help from Shackelford and Davidson on the offense. The Bluejays came back with a 20-16 edge, but Davidson commanded the ball with three consecutive kills. The Bulldogs concluded the set with winning 4 out of the 5 final points and executing the win.

Butler began the fourth set down 3-9. Aces by Kinley and sophomore Caroline Cleveland and two kills by Davidson pulled the Bulldogs within one with a 9-10 score. The Bluejays pulled away however, winning the set and the match. Shackelford led the offense with four kills.

Davidson led the team once again with 15 kills with Grunze close behind with 11. Kinley managed the defense with 25 digs and Cleveland also contributed 13. Sophomore Marissa McKelvey orchestrated the offense with 39 assists and added 16 digs as well.

The team will face Providence on Saturday, September 25 at Hinkle for the second Big East match of the season.