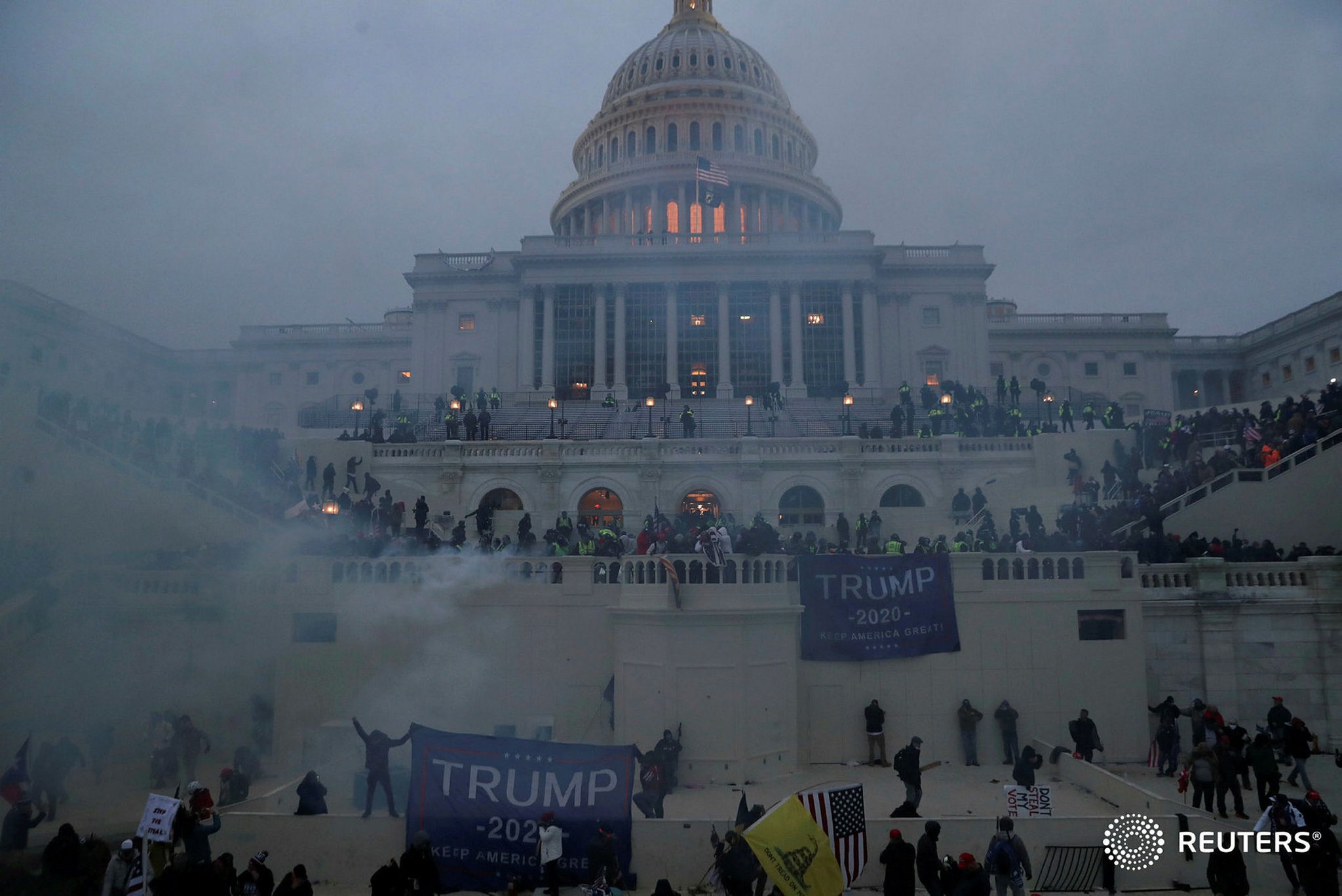 Insurrectionists stormed the US Capitol Building on Jan. 6. Photo courtesy of Reuters.

On Jan. 6, the U.S. Capitol was stormed by a violent mob protesting the 2020 presidential election results. In the subsequent days, seemingly every news outlet and organization in the country made a statement of some sort. Butler University followed suit with an email from Frank Ross, Vice President of Student Affairs, on Jan. 14.

Butler’s email explained the difficult situation the United States finds itself in and the level of divisiveness that led to such an event. Ross also listed resources through which students could participate in discussions related to the Capitol insurrection.

“Until Americans can engage in a civil, open, and honest discussion and exchange of viewpoints in a safe environment, we are likely to see this division continue,” Ross said.

Some students feel that Butler’s response was necessary and appropriate. James Harris, a junior risk management and insurance major, said he did not expect a response from Butler, but appreciated it.

“At first, I was just surprised that they did that because Butler’s a small school and it’s in Indiana, but I think that was prompted,” Harris said. “I think it was a good response.”

Butler’s email also noted that the events at the Capitol will impact students in a variety of ways, requiring assistance from university leaders.

In order to accommodate students’ potential needs, Ross linked a diverse selection of talks and events sponsored by different organizations at Butler.

“We know that these events have impacted our students differently, and have elicited a wide range of emotions,” Ross said.

Lydia Wirth, a senior dance performance major, said, for her, Butler’s response blended in with all of the other media attention.

“I don’t remember it personally having much of an impact on me,” Wirth said. “A lot of it just felt like white noise with the amount of media attention everything was getting. It just kind of got lost in the fray for me, even though I was glad they sent it.”

Cole McNamara, a senior political science and sociology double major, said he felt Butler’s response was rather appropriate. McNamara agreed with other students that nothing particularly concerning was included in the email.

“The fact that I can’t really recall it being a controversial statement or it really lacking anything I guess is a good thing,” McNamara said.

As president of the Butler chapter of College Democrats, McNamara said the organization is taking a strong stance against the elected officials involved in the incitement of the insurrection, asking that all be held accountable.

“We do believe, as a college chapter, that they all need to be held accountable and that it was a clear display of white supremacy and domestic terrorism,” McNamara said.

Included in those officials, McNamara said, is Indiana Sen. Mike Braun, who was in the group of congresspeople who initially asked that the election be sent back to the states and reviewed for fraud. Braun tweeted support for those protesting at the Capitol, but rescinded his support for contesting the election following the insurrection. McNamara said he is disappointed in Braun’s decision-making and leadership.

Camille Ringenberg, a junior music education major, took a slightly different approach to Butler’s response. While Ringenberg said she felt the email was appropriate and necessary action, she also wished Butler had said a bit more.

“They should’ve said more about the racial aspect of what happened at the Capitol and how the reactions differed from the Black Lives Matter movement,” Ringenberg said. “I wish there would’ve been a further conversation, instead of a surface level acknowledgement that it happened.”

Ringenberg said she felt Butler should have addressed the white supremacist aspects of the insurrection, especially given that Butler advertises itself as being a school founded by abolitionists and devoted to equality.

Ringenberg is not alone in her sentiments, nor in her logic. Given the variety of personal emotions and reactions to the events, organizations like Butler possess a unique position through which to educate and mitigate potential fallout. In a recent piece for The Harvard Business Review, authors Ella Washington, Alison Hall Birch and Erika Hall suggested leaders stop themselves from avoiding the conflict all together, and instead create a space where people feel safe and acknowledged.

“When something unspeakable occurs, you won’t find the perfect words to calm your people and restore their focus,” Hall, Hall Birch and Washington wrote. “No one does. But it is important that you acknowledge pain when it is felt.”

Some students agree that Butler needs to continue promoting dialogue, given that an impeachment trial is still pending and President Biden is beginning his term. The resources for dialogue in Butler’s email all occurred before the actual start of spring semester classes.

McNamara said that while students hold a lot of responsibility for solving any division on campus, the university also plays an important role.

“I hope to see some sort of action to create a decent enough space for there to be good dialogue to discourage this level of division, but unfortunately this is a cultural moment,” McNamara said. “It’s really going to be on us and that starts by setting a good example.”

Harris said he sees potential for agreement among those currently harboring various political opinions, given that in-depth dialogue is allowed to occur.

“The biggest thing we have to focus on is accepting when things are reality and when they’re not,” Harris said. “I accept that people want to express their opinions, but there’s a difference between saying what you think and storming the government.”